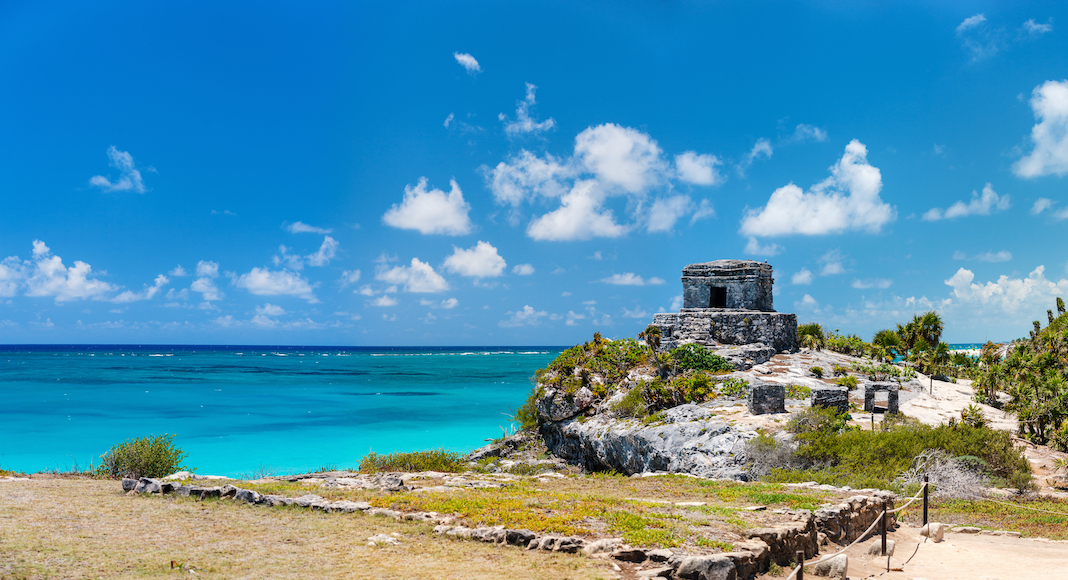 Why are the French Fleeing to Tulum, Mexico?

There seems to be a migration happening, and it’s one that’s going South to the storybook coasts of the Riviera Maya. As France experienced close to six months of complete lockdown, many French seem to have escaped to a true El Dorado in Tulum, Mexico. With a loss of jobs in France and imposed health restrictions, many citizens went out to try their luck in one of the most trendy seaside villages of the moment—one where nightlife continues unbridled, and hippie chic vibes are too tempting to resist. So why are the French suddenly all flocking to the Riviera Maya?

Quickly expanding and soon to enter one of the world’s top 5 developing nations, Mexico is opening its arms to all foreigners, wanderers, business travelers, and everyone in between. French citizens can more easily travel to France than to some neighboring European nations, especially with COVID restrictions in full force. With easy six month visas, Mexico, and especially, Tulum, seems like the place to be.

TF1 television show “Sept à Huit” flew down to find out why their compatriots were so drawn to the region. The journalists were so attracted to the region that they even returned for a second time, this time on proper vacation. The reportage follows four French citizens of varying jobs and situations, including Julie Arzano from Aix-en-Provence. In Tulum she works as a Sales Director at American hospitality Grupo Gitano. She lives in a high-heeled neighborhood with brand new buildings and amenities. Living her best life, quoi?

Arzano moved to Tulum in September 2020 after the pandemic left her unemployed. “I felt this strong ‘Tulum call’ and just followed my intuition,” she says. “I started to meet local people, make new friends, and I realized that Tulum was full of opportunity and magic, as well, so I knew I wanted to settle here for a while.” She has no plans to return back to France so far, other than to visit, for the near future. With a beachfront office, a competitive salary, and adventure on the plate, she has established a life worth living in Mexico. It only helps that Arzano has long been in love with the country after a several year study abroad exchange in Puebla, Mexico. But not all of these French expats have been to Mexico before 2020, in fact for most, this is their first time in the country.

Along with other participants on the show, Arzano is also part of WhatsApp group called “Tulum Parle Français,” hosted by another expat that compiles a group of about 80 individuals living in Tulum. Many of these work from home, like the founder himself, still continuing their jobs from overseas until offices open back up home. Others are making local work connections or even studying.

Another francophone expat in Tulum is Yasmina Zriouil, a Moroccan architecture student interning at Roth Architecture, a discipline of AZULIK. She opted for Mexico as she wanted to work in an experimental architectural lab rather than one based on the history and culture that she studied in Paris. Within Tulum, Zriouil has made herself quite at home and even travelled around the country as a proponent of her own fashion brand.

“I really think that Tulum has its own atmosphere. Instagram has been proposing a whole Tuluminati vibe. The copal, the parties, the cocktails, etc. It’s creating a whole recognizable atmosphere. It’s selling you a lifestyle.” Social media has indeed been the best advertisement for the buzzy Caribbean village, but it is also the fact that Mexico never closed its borders.

With the pandemic still looming in the rear mirror view, many French people are making significant decisions in their lives. These range from changing locations, many leaving the cities for life closer to nature. It is exactly that which Tulum offers, a close prospect to underwater caves, mangroves, pristine white-sand beaches, and plenty of tropical fauna and flora. One can easily hop on over to Central America and embody the Tuluminati style that Zriouil highlights.

“Right now France is not the best place to be, especially with all the politics and all the restrictions that we have,” adds Zriouil. “French people are looking for freedom, opportunities, good food, and good quality of life.” For a similar price of life to that in Paris, she finds her joie-de-vivre on the Mexican Carribean where she is also making plenty of new contacts. In fact, she is looking to continue her professional life here once her internship comes to an end.

Many creative and influential individuals from all around the world have gathered in this tiny little town for the freedom it offers. Tulum has become one of the world’s most prominent nomadic travel hubs of the moment, uniting talent and kindred spirit.