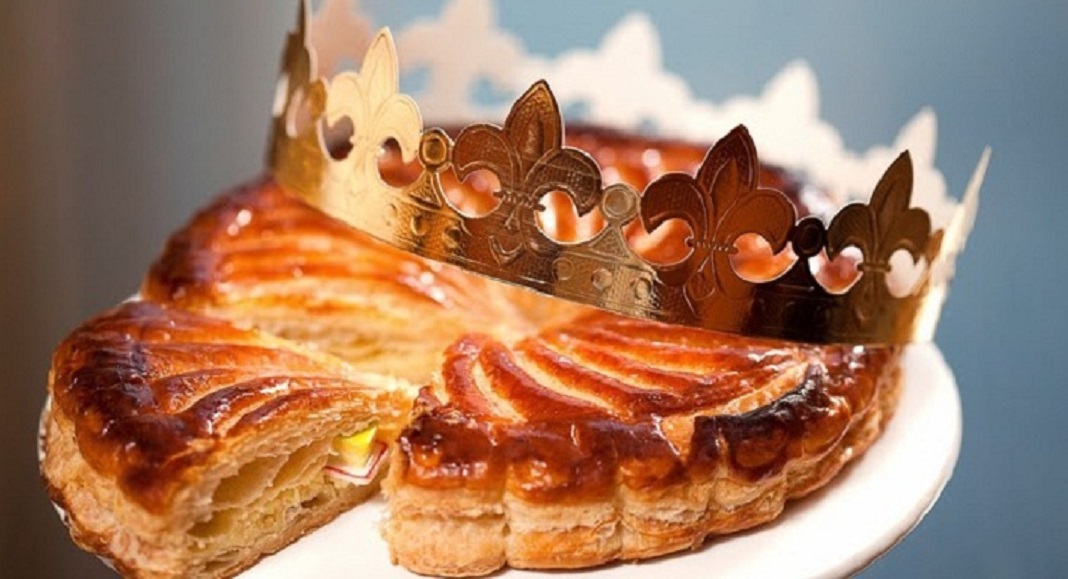 Where to Find Galette des Rois in Los Angeles

The culinary marathon continues. After the bûche de Noeël and New Year’s munchies, the time has come for galette des Rois (or King Cake, as Americans call it). Served for l’épiphanie (Epiphany), cake will be served on Saturday, January 6 this year. Here is a (non-exhaustive yet excellent) list of places that sell galette in Los Angeles. 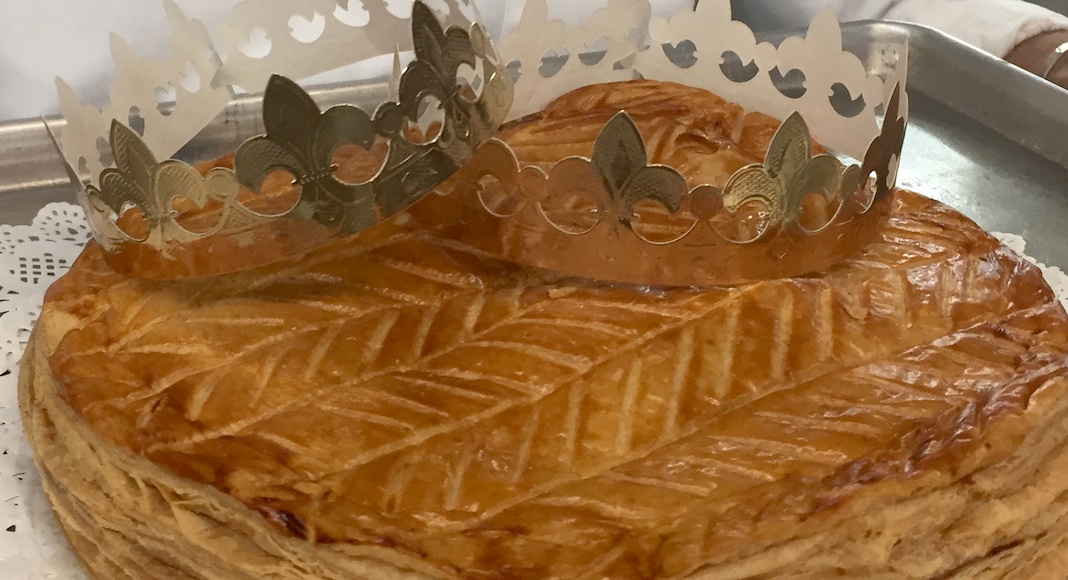 There’s no need for introduction. The pastry and chocolate maker Yvan Valentin has become a true rockstar of galette des Rois. The cake’s almond frangipane and Tahitian vanilla attracts crowds. Valentin’s secret? He worked with great chefs such as Michel Troisgros and Alain Chapel with whom he learned the basics of a delicious puff pastry. To serve 10-12 people, a galette costs $30. And if you still feel like it after January, you’ll be pleasantly surprised to find it under the name “pithiviers.” You won’t be able to resist the sweetness of Sweet Temptations for long. 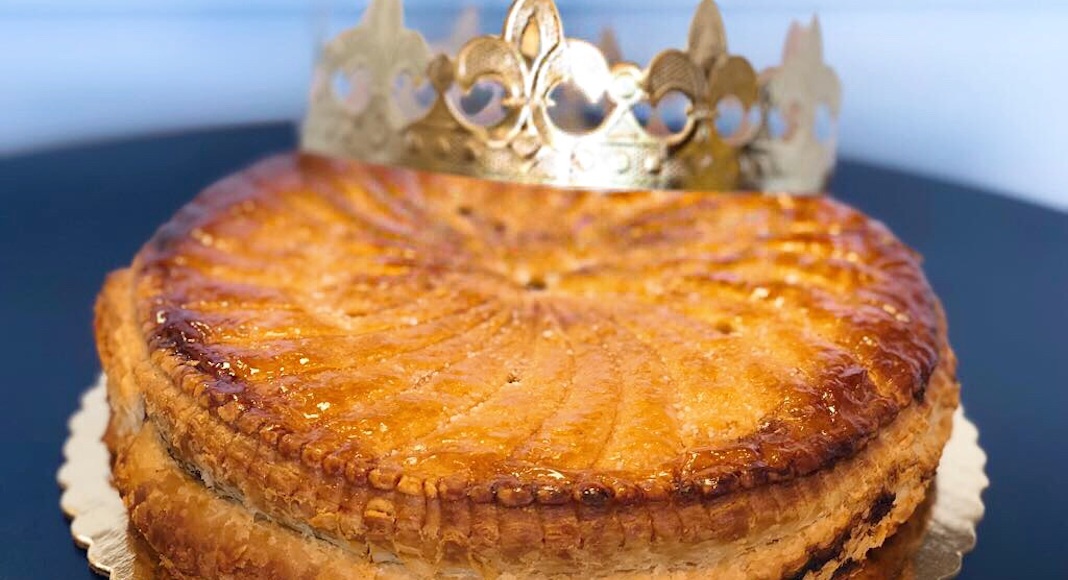 In January, Dan Darmon’s galettes share the spotlight with his famous éclairs. In La Chouquette, on Melrose avenue, you can find a galette with “feuilletage inversé” as tradition dictates it should have. Respecting American morals of not putting choking hazards in food, la fève won’t be inside, but you can hide it wherever you want. You’ll pay $8 for an individual-size cake, $30 for a frangipane galette for 6 people, and $35 for the chocolate or praline flavors. Available for order throughout January. 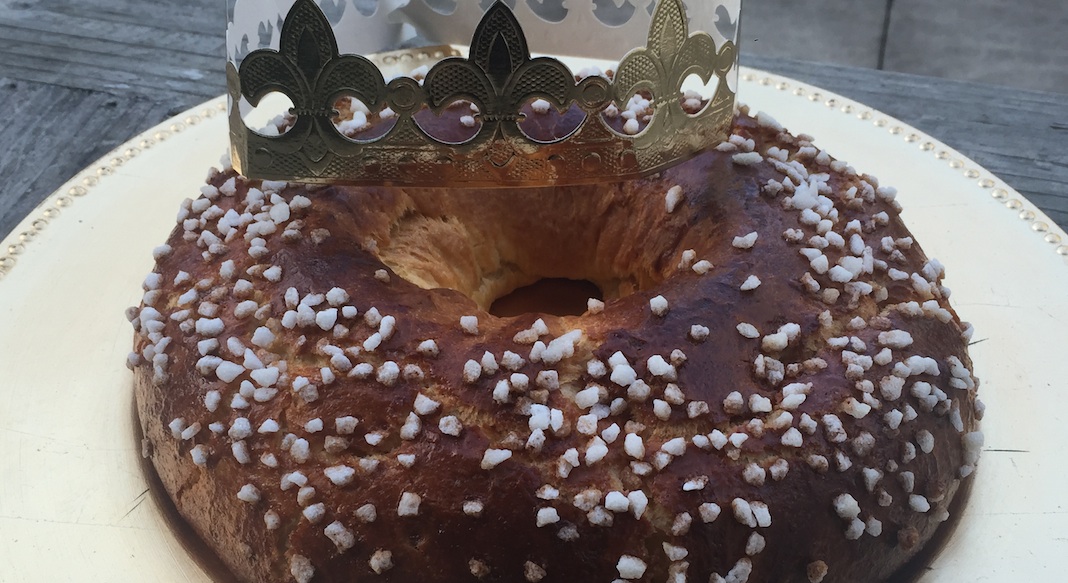 To make her clients salivate, that is the creed of Mathilde Mazet of Mademoiselle M. For épiphanie, she prepares three types of King Cake: frangipane for 6-8 people ($25), the a king’s crown of brioche dusted with pearls of sugar ($15), and a very original brioche shaped like a fir tree ($15). Each galette is sold with a crown and fève. Available for ordering after January 2nd. The owner recommends that you place an order one or two days in advance. 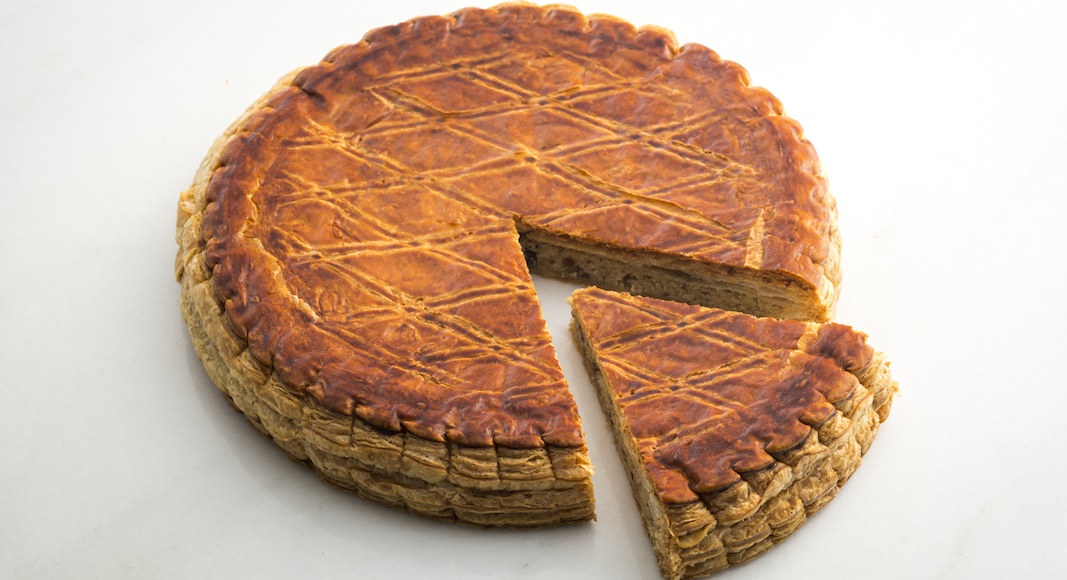 With the season of bûche over, Ladurée‘s windows are taken over by galettes des rois. The master of the macaron do things according to the rules: the frangipane galette, made with puff pastry and a tasty almond cream by pastry chef Claire Heitzler, is accompanied by a macaron-shaped fève and crown. It costs $7 for an individual share, $28 for a galette for 4 people, $39 for 6, and $52 for groups of 8 people. Available for purchase since January 1st.

3. The simplicity of taste at Michelina 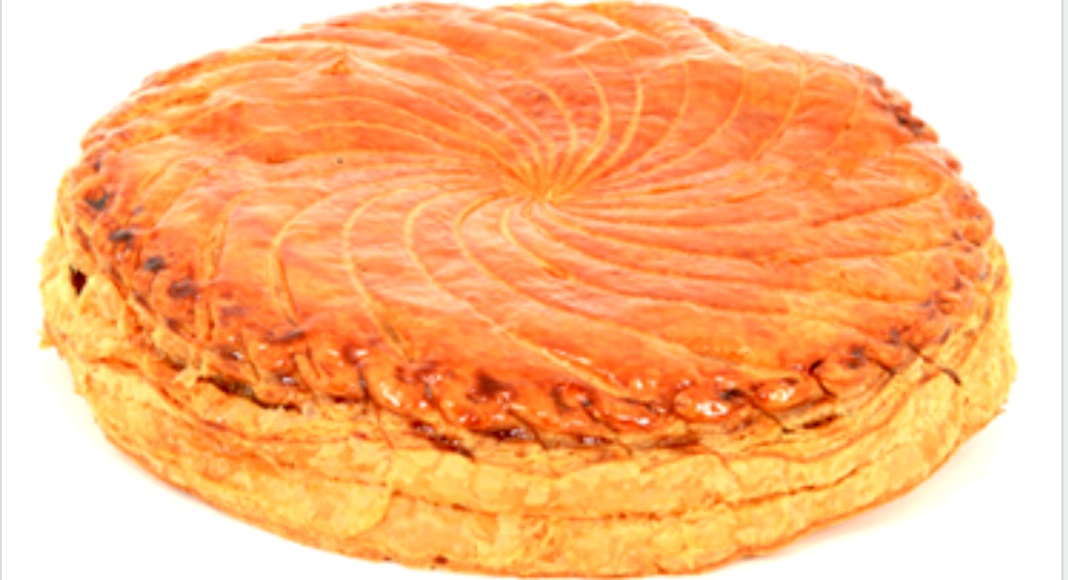 At Michelina in the Original Farmer’s Market in Los Angeles, they pride themselves on making a traditional frangipane. It’s available starting Wednesday, January 3rd in a one-size-fits-all option (6-8 people) for $49. To wear the king’s crown (and then have to buy the next galette), you’ll have to find the macaron-shaped fève, a nod to the origins of Vincent Benoliel’s bakery. Orders should be made in advance.

2. All kinds of colors at Pitchoun 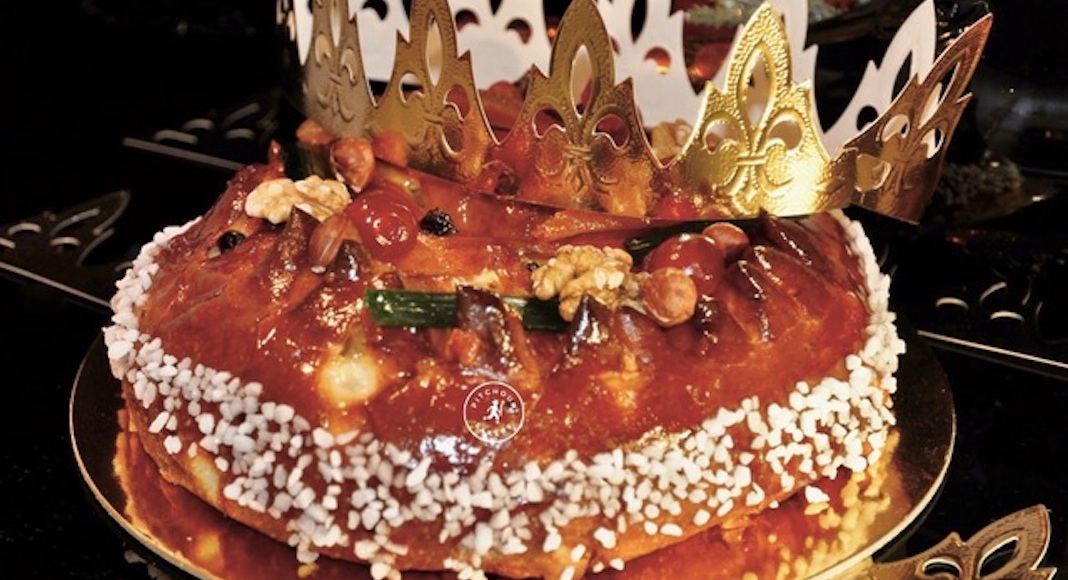 Pitchoun Bakery‘s galette for this year’s épiphanie could well be called ingenious. In the Downtown store, you’ll find four types of galette (all for 6-8 people): la Parisienne (traditional, $30), la Provençale (a brioche crown with candied fruits and pearls of sugar on top, $28), la Noisette (frangipane with a hazelnut cream, shaped like a hazelnut, $32) and la Chocolat (frangipane with a chocolate cream, $33). Served with a porcelain fève “made in France” and a crown, the galettes are accompanied by a card to explain how to pick the king and respect the tradition. Available until February 2nd, it’s advised to order in advance (one to two days).

It’s not just their macarons that attract crowds. Starting January 7th, Frenchifornia will be making galette. In keeping with tradition, chef Guillaume Delcourt will concoct a frangipane for 6-8 people ($48), as well as individual shares ($8). To enjoy it like in France, Frenchifornia offers a paper crown and a fève to hide.