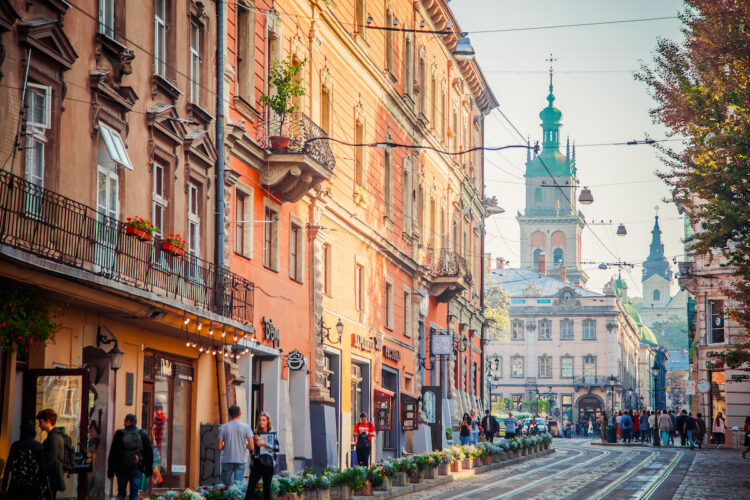 Ukraine’s Lviv is the Paris of Eastern Europe

As the war in Ukraine escalates, Ukrainians have been fleeing to the western borders of their country and into Europe. The western border city of Lviv, Ukraine’s sixth-largest city, has become a safer harbor during the first weeks of the war while Russian bombing is focused primarily on Eastern and central Ukraine. Flanked by the Carpathian mountains to the west, and with Polish, Slovakian, Hungarian, and Romanian country borders, it has become the city of Plan B’s, reports The New York Times.

Lviv is now the main port for humanitarian aid to get into the country, and it houses some governmental departments. It has also become the Ukrainian government’s backup plan if Kyiv falls to Russia. 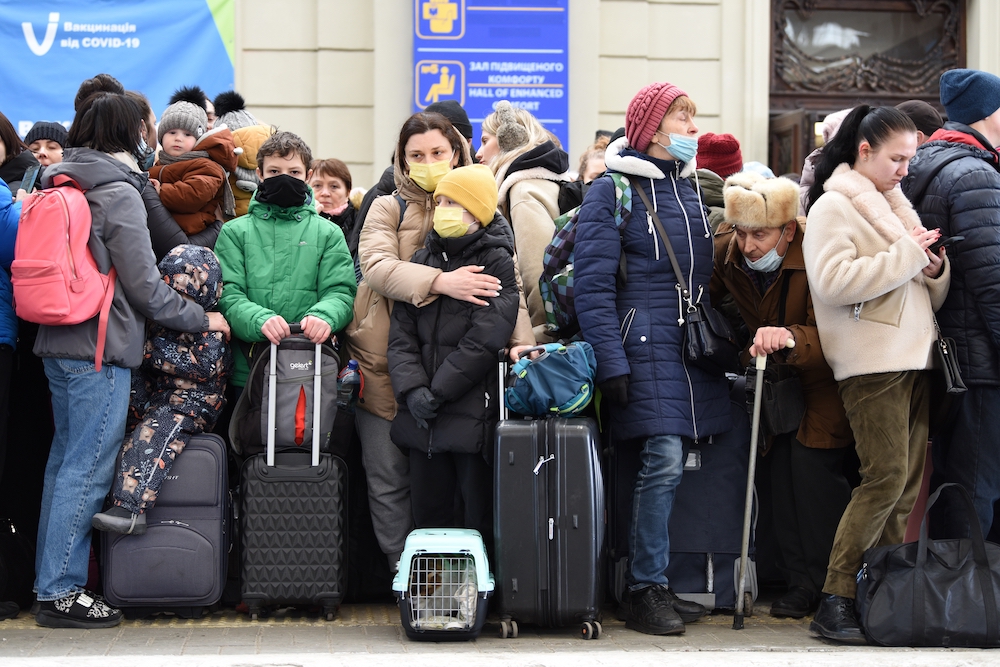 Once belonging to Poland, then the the Austro-Hungarian Empire, and then the Soviet Union, Lviv (pronounced Lʹviv), is now the cultural capital of Ukraine. It manages to marry baroque architecture, Viennese cafe culture, and a nationalist Ukrainian attitude all in one. Lviv has always been one of the few Ukrainian cities whose inhabitants speak perfect Ukrainian (not Russian) and is infamous for not being welcoming to Russian-language speakers.

I visited Lviv once when I was 15. My mom set up a mini-Ukrainian pilgrimage for my sister and myself  to discover our heritage. By then, we had emigrated to the United States, but would return to spend three summer months in the home country every year. That summer, we spent days discovering the city, trying out all of its cafés, and visiting the famous monuments. Somehow, to me, Lviv felt more essentially Ukrainian than even my little cossack village in the mountains.

That summer, we stayed at a restored classic Lviv hotel, the Swiss Hotel, with its winding wooden staircases and rooftop apartments looking out over the entire city. Immediately as we stepped out onto the streets, the people were wearing the typical Ukrainian hand-embroidered blouses called vyshyvanka, they were eating traditional dishes, and enjoying national folk music. We even visited the quiet and secluded outdoor Museum of Folk Architecture and Living to see replicas of the authentic village houses collected from across Ukraine. I remember that it all seemed like a part of myself that I didn’t know yet, but really wanted to get to know better.

Lviv is more than just the heart of Ukrainian culture; it is living proof that Ukraine is at the heart of Europe, as President Zelensky wisely mentioned at his meeting with NATO in Munich. Lviv has long been a melting pot of various cultures, including Polish, Ukrainian, Jewish, Armenian, Austrian, and Hungarian–this is vividly expressed through architecture.  It has beautiful squares and fountains, Gothic homes, and diverse citizens. The city is made even more interesting with layers of history through its Baroque cathedrals, neo-classist Armenian columns, and even a Renaissance revival style Opera house.

Lviv’s streets are lined with flower vendors, newspaper stands, and outdoor cafes, such as in Paris. The architecture of Shevchenko Avenue might remind you of the Champs Élysées in Paris, and even a bit of Haussmann. Together, these monuments, buildings, and people tell stories of past and present, infusing traditional symbols, materials, and histories with the urgency of present-day ideas. 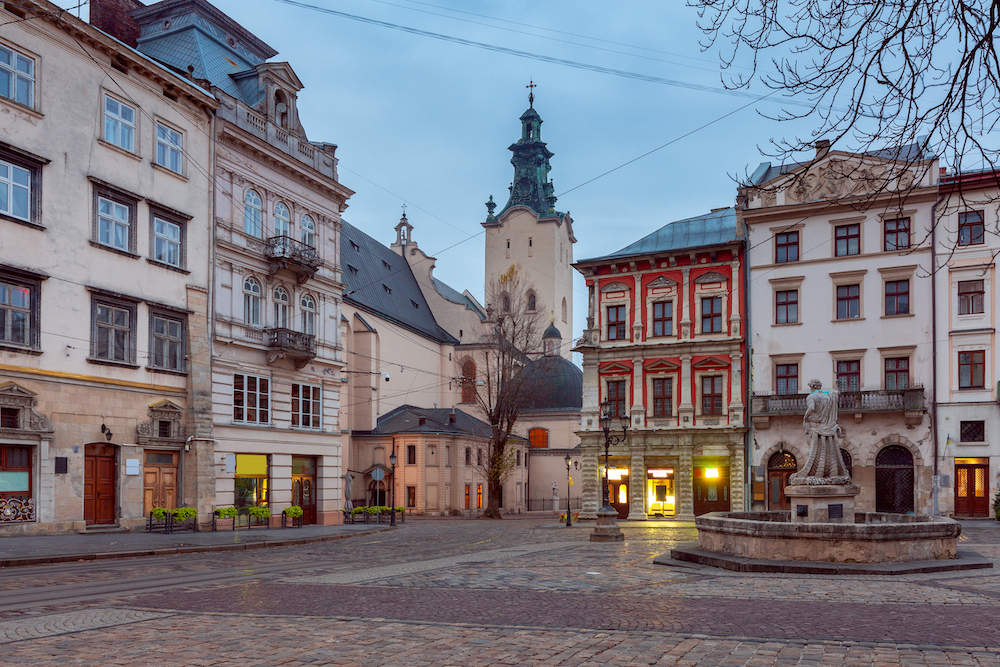 I remember thinking when I was there at 15 that this is how I wanted to live. And, strangely enough, years later, in Paris, I would be living in a similar way: walking down the cobblestone streets in the 5eme, and drinking coffee before and after my classes at the Sorbonne Nouvelle.

Lviv is Ukraine’s own Paris, I later realized. And living in the French city somehow brought me back home to Lviv. Today I watch the bombing of my home country in terror, hoping that Lviv will be spared and I can once again visit it, perhaps one day with my own children.

Archaeologists trace Lviv back to the 5th century AD. By the 9th century, it was settled by the West Slavic Tribe, though the city itself was founded in 1250 by King Daniel of Galicia. He named it after his son, Lev. In 1270, King Lev decided to live there and rebuild the city after a Mongol invasion. This was also around the time many Polish and Armenians came to the town escaping famine and Mongol invasions in their regions. With its proximity to Poland and its vast Polish population, the city became part of the Polish Kingdom in 1349 and was called Leopold. Many Catholic ideals and buildings were erected and still stand today. (Most Ukrainians today are, however, of Eastern Orthodox faith.) 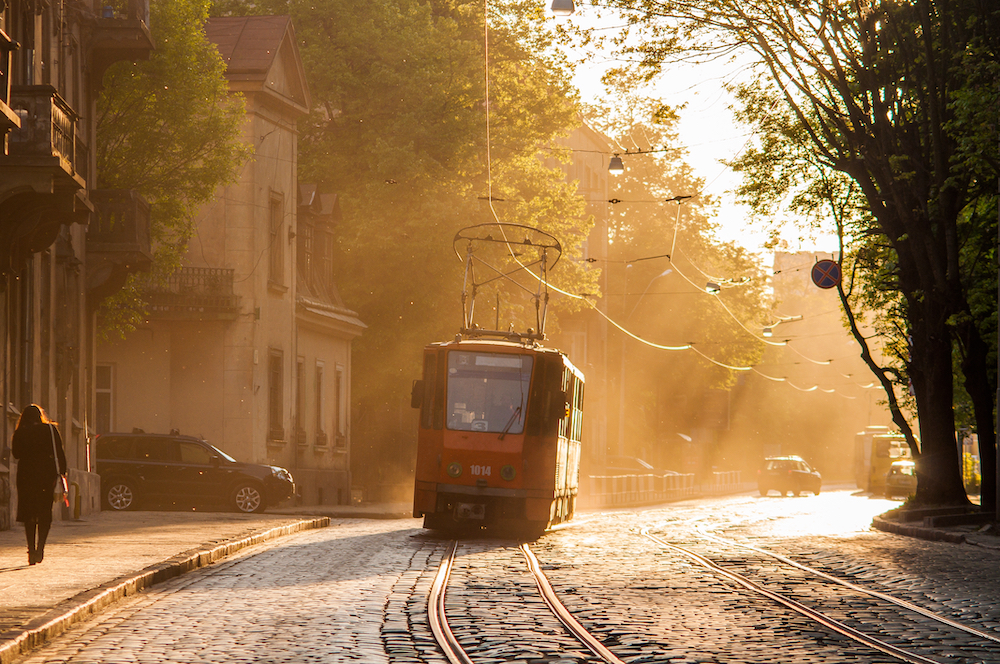 The 17th century brought invading armies of Swedes, Hungarians, Turks, Russians, and Cossacks to its gates. Like much of Western Ukraine, the city then officially became part of the Habsburg Empire. During Habsburg’s rule, Lviv became one of the region’s most important Polish, Ukrainian, and Jewish cultural centers. It was also where famous Ukrainian writers (such as Ivan Franko, Panteleimon Kulish, and Ivan Nechuy-Levytsky) published their work.

During the First World War it became part of the Austro-Hungarian empire. During the Second World War, Lviv was annexed and reincorporated into the Soviet Union. Ukraine, and Lviv being a part of it, became a sovereign nation after the breakup of the Soviet Union in 1991. 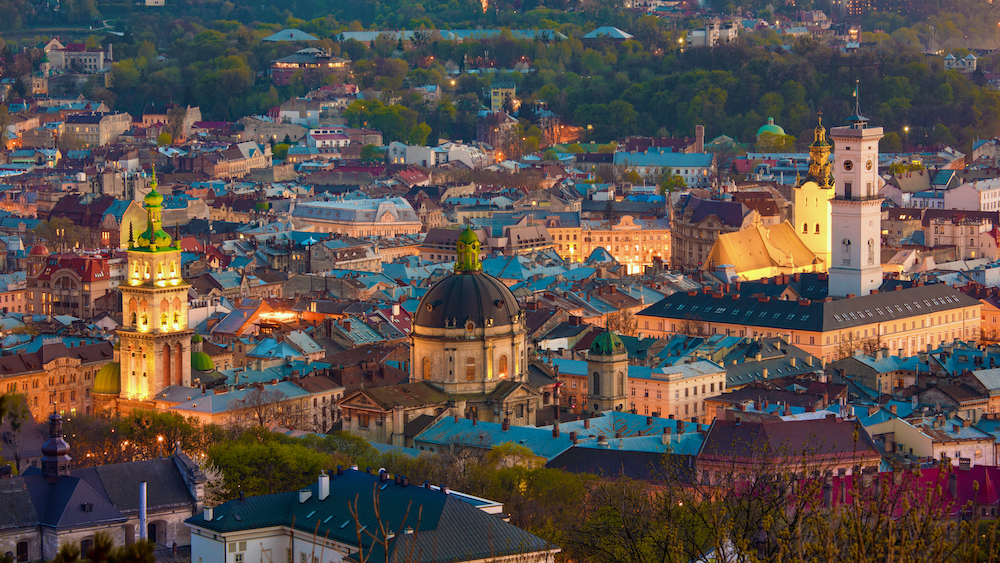 But Lviv is more than just its multicultural history; it is also a significant café society. Lviv has the most cafes per capita in the world. Here, coffee is at the heart of its culture—Viennese coffee, to be precise. Legend has it that a Ukrainian war hero, Jerzy Franciszek Kulczycki, opened the first coffee shop in Europe in Vienna around 1685. A typical Viennese coffee shop features a cafe with marble-topped tables where coffee is served with a glass of water on a side and small plates and pastries are available to order. Guests are invited to linger around, read a book, and take in good old cafe culture while customers come and go. Lviv takes it even further with cafes at just about every step of its cobblestone streets, quite literally. There’s no need to make a reservation because there’s somewhere to go at every corner, every nook and cranny, much like in Paris. 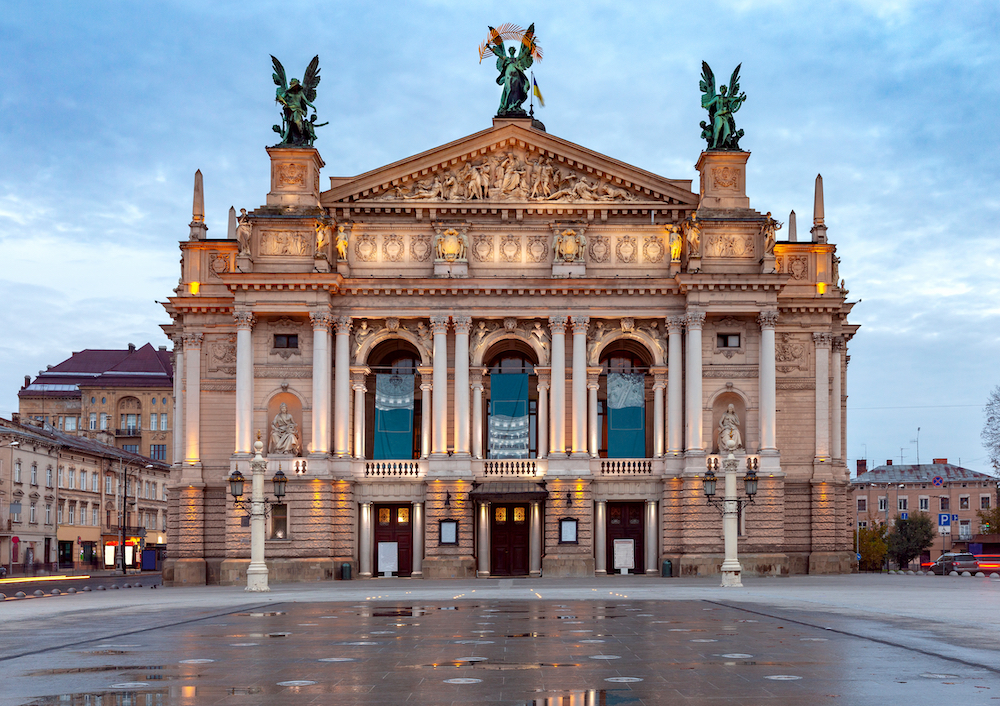 Lviv’s history is ancient, and yet it is deep-rooted in the the foundations of the country and identity of Ukraine, Ukrainian heritage, and the melting pot of modern-day Europe. As my family sends out packages of humanitarian aid, all addressed to Lviv, this city has somehow become my adoptive long-distance Ukrainian home. But for the moment, the future is so uncertain that I can’t help but wonder— will I ever go home again?