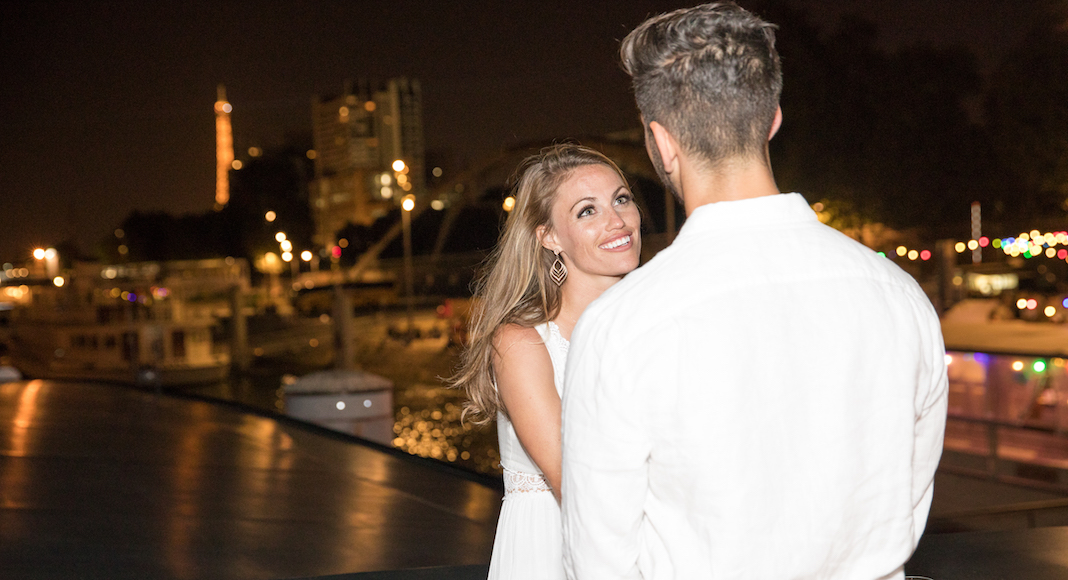 While Paris is still somehow considered the City of Love at large, it’s commonly known that French relationships are confusing. The French are not necessarily more romantic than the average person, it’s dating apps galore, and the nation as a whole needs major dating help. This is where the elite dating application The League steps in. It’s also why we found ourselves on a boat cruise in Paris with 75 individuals who came to the City of Light for a cruise where they could potentially find the one.

Stateside, The League is a successful dating application for driven individuals looking for a connection they cannot necessarily find in their daily lives or do not have time for, so they turn to algorithmic help. Depending on your patience, you must either wait until you’re accepted off the application’s waiting list, or pay a monthly fee to get in. The algorithm choses five options for the day that you get to heart or not.

The League already exists in 40 cities with Paris as the third international city after London and Toronto. To kick off the journey, Amanda Bradford, founder of the application, hosted a cruise along the Seine throughout France for select 75 individuals. “It’s high risk in a sense that you’re putting everyone on a boat,” Bradford says. “I hope they like each other and I hope they don’t kill each other and I hope it’s not going to be like Bachelor In Paradise.” The League officially launched in Paris on September 18th.

If you’re wondering what kind of Parisians have already signed up, the founding class statistics have already decided that a Master’s degree is preferred, and that Sciences Po, Université Paris 1 – Panthéon-Sorbonne, and HEC Business School have the most representatives so far. High-end jobs in humanities, arts, and business are taking the lead in Paris with L’Oréal and BNP Paribas as top employers. Most of the applicants in Paris represent Bastille, Odéon, and Marais neighborhoods with their bobo (hipster) cohesiveness.

“Everyone is super driven. Everyone wants to make an impact in some aspect of their life whether it’s for their main job or for their side project or their charity work,” says Bradford of The League’s users. “Whatever it is, it’s some part of them that’s ambitious.” While drive and ambition are not unusual, Parisians do have an entirely different way of approaching dating. Bradford notices that there isn’t much casual dating, but perhaps that’s since there aren’t many products and services for meeting new people outside of one’s circle.

“Whilst they have girlfriends and get serious quickly, they aren’t actually serious. They easily pick up and go in a second,” explains Rachel Haynes, an Irish expat in Paris on the cruise. “It’s their own version of casual.” The League won’t necessarily change France’s dating culture, but it’s a curious experiment. Is love a by-chance sort of thing as we often imagine in Paris or, rather, do you have to work a bit harder for it?

And while Paris may boast romanticism, over 50% of Parisians are still single. “I want to build a community where women are celebrated and maybe there’s a little less men than on the other apps, but they’re the right men and that’s fine,” explains Bradford.