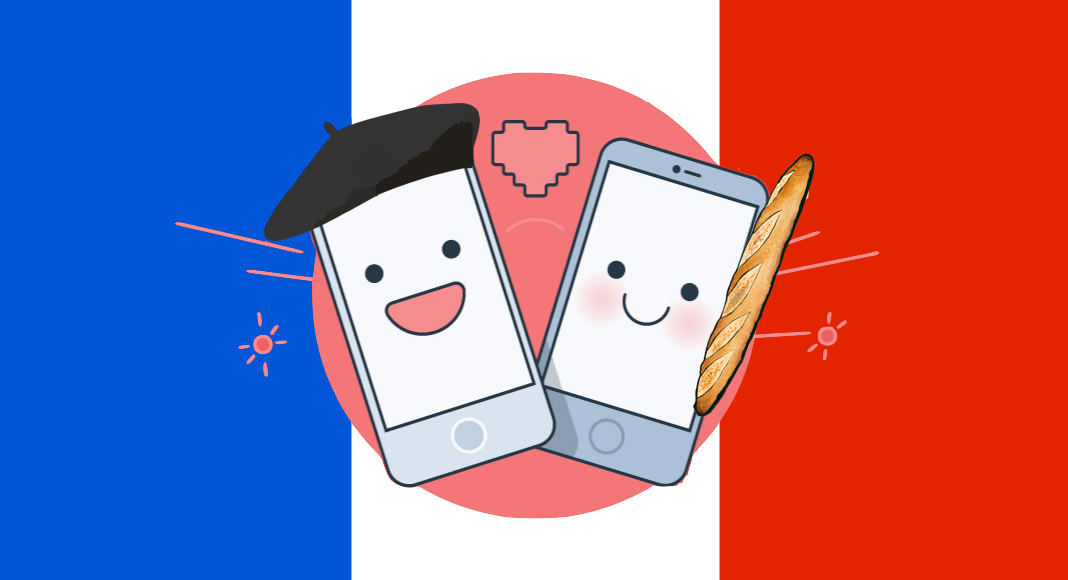 Have Dating Apps Ruined the City of Love?

Molière had comic love. Racine had tragic love. Sand and de Musset had romantic love at its apogee. And Simone and Jean-Paul had existential love. When it comes to l’amour, the French are love-obsessed. If love’s cultural capital were a market, they’d hold a near monopoly. It’s no surprise, then, that for a greater part of the 20th and 21st century, American women have made the pilgrimage to Paris in the hopes of finding a romantic mecca.

Globalization has its upsides, but one of its very clear downsides is that the French way of dating—if you could even call if that, because the concept of dating isn’t French at all—is going the way of the dinosaur. Why? Invasion. Of. The. Apps

At first, it was American apps, like Tinder. Then came Bumble. Eventually, the French got wise and started coding their own. Happn and Once were born, and the rest is history.

As much as I’d like to have preserved my American optimism after 8 years in France, the jaded, ironic, blunt and blaséd cynicism of my adopted homeland is setting in. Which means that while I had hope in Happn and Once, there still hasn’t been an algorithmic once-upon-a-time, happily-ever-after for this girl.

Let me explain how Happn and Once work, and the slew of particularities that belong to dating French men these days. As for ruin in the City of Love, I’ll let you decide.

Happn’s concept is simple, wistful even. Thanks to geolocalisation, you can access a chronological feed that tells you which of the app’s users whose path you’ve crossed at any point during the day. You can then swipe left, right, say hello, or crush on someone. It’s almost as if you could have met. At the bar, at a concert, out with friend, on the bus. But you didn’t, because most of us are too busy staring into our phones anyway. I digress.

Once is even more reductive. You receive just one profile a day, and you have 24 hours to to speak, or forever hold your peace. The idea is quality over quantity. An algorithm works to match you with people best suited to you based on your interests and background.

Nonetheless, no matter what the app, you tend to meet four types of Frenchmen. Here goes the deep dive:

If you’re looking for a one-night-stand, Monsieur Relou is your guy. If you’re not, be as blunt as you can. He’ll be sending you explicit messages and pressuring you for pictures ASAP. Not long ago, I straight up told a Monsieur Relou in “the interest of transparency” that he shouldn’t waste his time on me. His response “Transparent like Casper?”. I promised I wasn’t going to come back to haunt him.

While there’s a version of Monsieur Relou in just about every country, I find the Stage Five Clinger to be a uniquely French feature. These are needy, indolent French fellas who panic if you don’t respond to a text right away. The upside? They’re loyal and won’t cheat on you. The downside? You won’t have much breathing room. One of these went off on me once while I was working and hadn’t responded in under three hours. Needless to say, I told him it wasn’t going to work. We hadn’t even met.

The French have a different idea of fidelity, so leave your moral judgements at the door for this one. Married men can be easily identified if you’ve played the game long enough. They tend not to post identifiable pictures of themselves, instead preferring landscapes or shots from the neck down. If you’re ok with an amitié amoureuse (passionate friendship), these can be amusing relationships. If not, again, be straight. I once told a certain “Herald” that for me, it was a question of self-respect. I didn’t want to be with someone only half-available.

This one is a rare, rare creature. If you lay your paws on him, don’t let him go. They’re like unicorns. Two of my French girlfriends have hit the jackpot on Happn. One has been with her S.O. for almost two years now, and he happens to bring her coffee in bed, which he swiftly follows up with “By the way, I already cleaned and did a load of laundry.” The other friend and her S.O. hit their two-year mark and have moved in, and he’s an exceptional gentlemen.

Dating apps have their ups and downs, and they’ve certainly made it easier for French men to juggle multiple women at once. That means that there’s less courtship, and more swiping. French love ain’t what it used to be.

As for what that means for the future of falling in love in this country… all I can say is this: maybe I’ll have more luck in America.