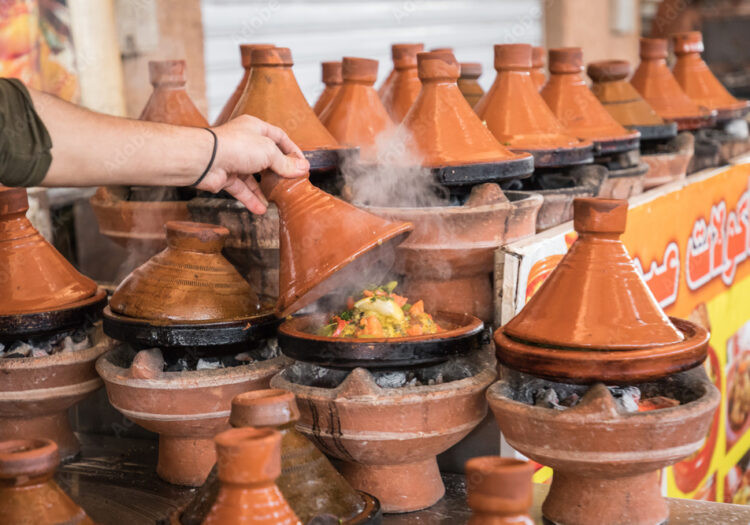 A tour guide recently told me that in France, the food in the North is all butter and potatoes, and the food in the South is all olive oil and tomatoes. Now, it might be hard to pick which of these two is the better combination, but as tomato season loiters towards its grand finale, you’ll find me taking advantage of a little Southern comfort, French-style. Provençal cuisine is light and simple, with influences from Italy, Corsica and Northern Africa. Briny seafood pairs perfectly in that region with fresh produce to create something that will leave you sated, but still comfortable slipping into a bikini afterwards.

The Cours Saleya market in Nice 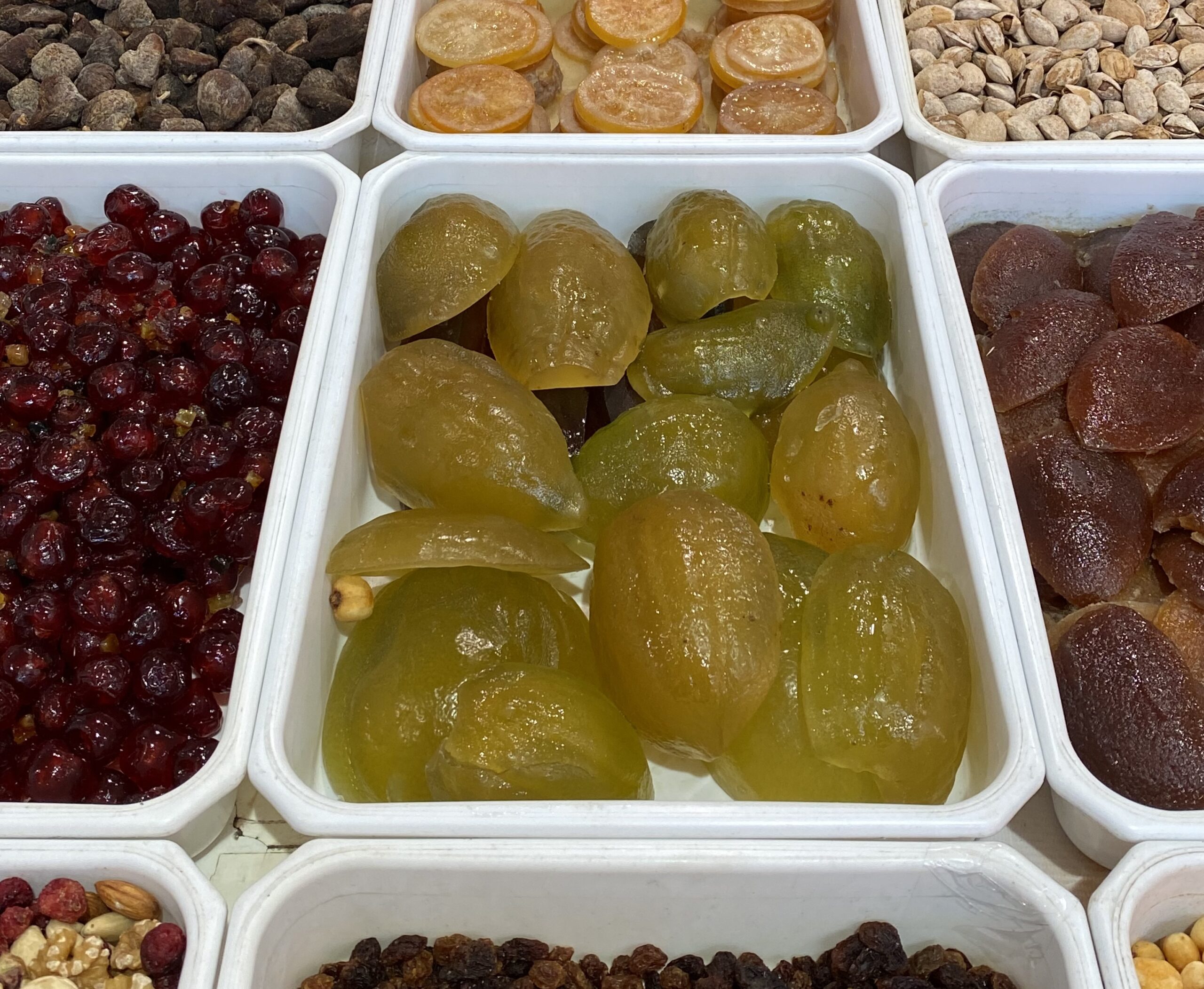 Among the racks of dried fruit at the Cours Saleya market on the Nice waterfront, look for a thick, green citrus rind. Known as Citron or Cédrat, this fruit is native to Corsica, but is found throughout the south of France if you look for it. While it is generally used in certain varieties of fruitcake, it’s best eaten plain, as a sweet afternoon snack. With a bitter, almost salty, flavor tempered by a mild sweetness and strong citrusy odor, it tastes like nothing you’ve ever eaten before, and can be found almost nowhere else. This hunt is a good use of your time while you wait for an order of socca at the Chez Theresa stand nearby. 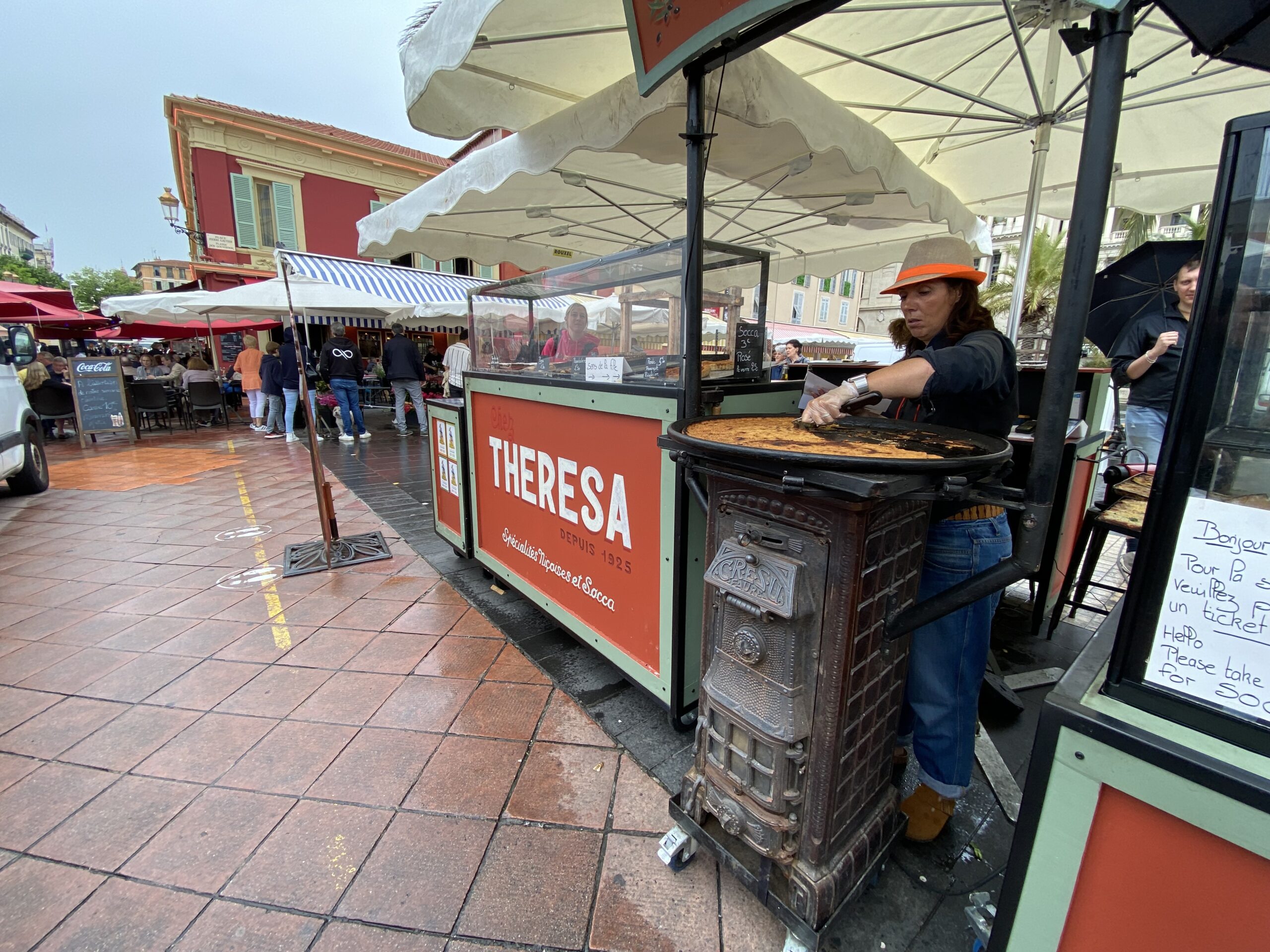 When I first heard about socca, a crepe made of nothing but chickpea flour and oil, I imagined that it would taste something like a galette: bready and bland. But my first bite of socca, fresh off the wood-fired oven at Chez Theresa, was something entirely unexpected. Warm and soft, with crispy edges and a cheesy consistency, socca was addictive and unrelentingly snackable. If you ate one without knowing what it was, you might assume it contained eggs or cheese or some other savory element. Instead, the humble chickpea is elevated to star status by Chez Theresa when fried in oil in an oven dating back to 1867 and lightly salted. If Chez Theresa has sold out when you arrive, you’ll be asked to take a ticket and to wait for the next batch, which will be wheeled up in a cart on the back of a bicycle in a giant cast iron pan with a conical metal cover. Can’t beat the service! 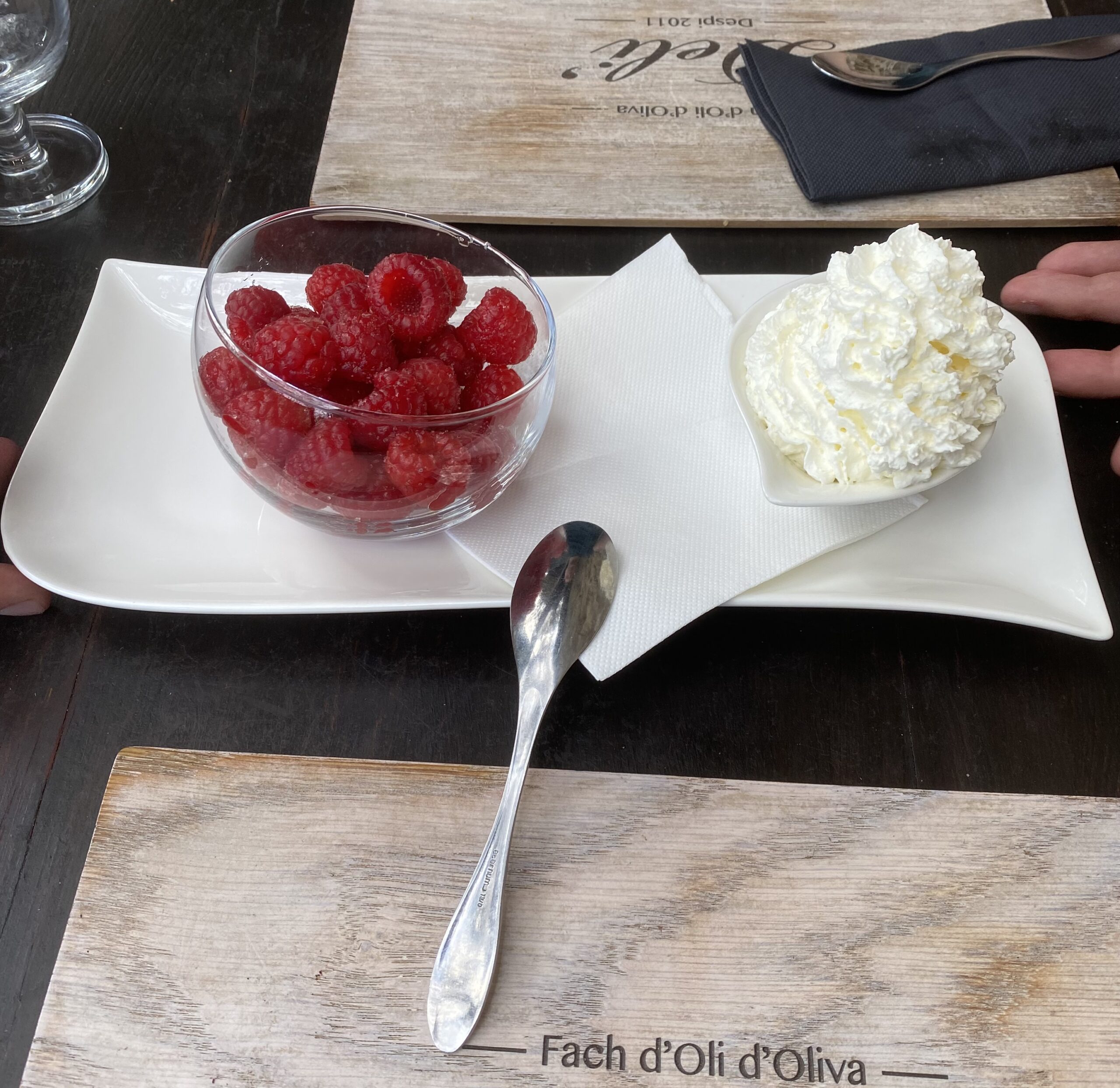 The hilltop village of Èze, just a little ways outside of Nice, is a favorite for daytrippers looking for a magical afternoon in a fairytale village of medieval stone houses. But it’s also home to one of the tastiest secrets of the Riviera: Tucked away in the winding streets is a restaurant and olive oil store called Deli’, known for its infused local olive oils that are used in every part of the meal. On one occasion, for dessert, I ordered raspberries tossed in lavender oil, with a side of whipped cream. I always hesitate around lavender, terrified of feeling that I’ve just swallowed a bar of soap, but the delicate flavor of this iconic Provençal flower added a floral depth to the plump, bright raspberries, their tartness offset by a rich Chantilly cream. 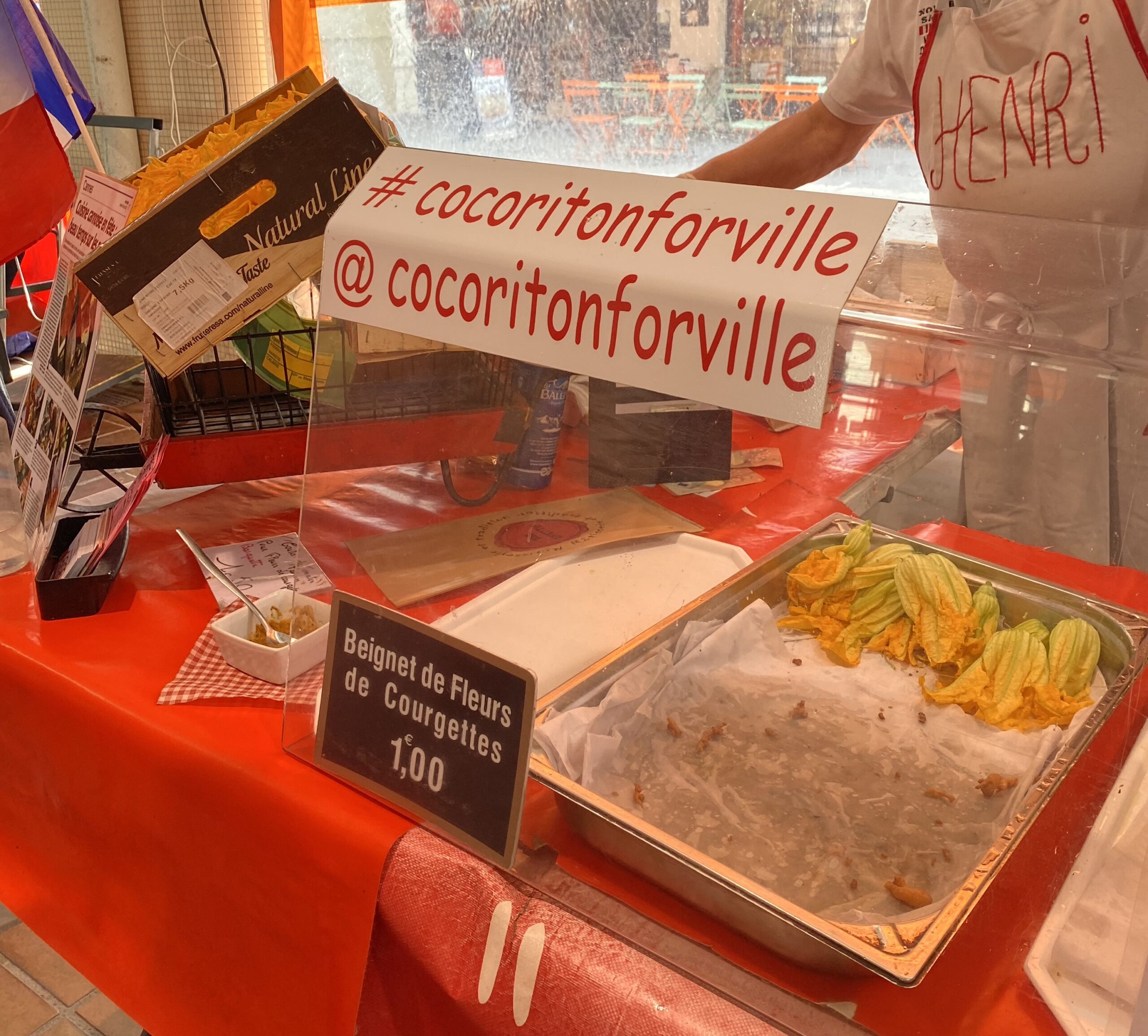 At the foot of the historic Le Suquet neighborhood in Cannes is the Marché Forville, where fresh produce, seafood, and ready-to-eat bites offer some of the only affordable food options in this glitzy Riviera city. A traditional Cannois snack consists of zucchini flowers, which are breaded and fried to form beignets de fleurs de courgettes. The bright orange flower petals become vessels for crispy fried dough, with a firm and juicy vegetable base. You can try them at the Forville market at Cocoriton Forville, where an elderly couple dips the flowers in batter at an easy summer pace while customers continue to line up along the sides of the booth. 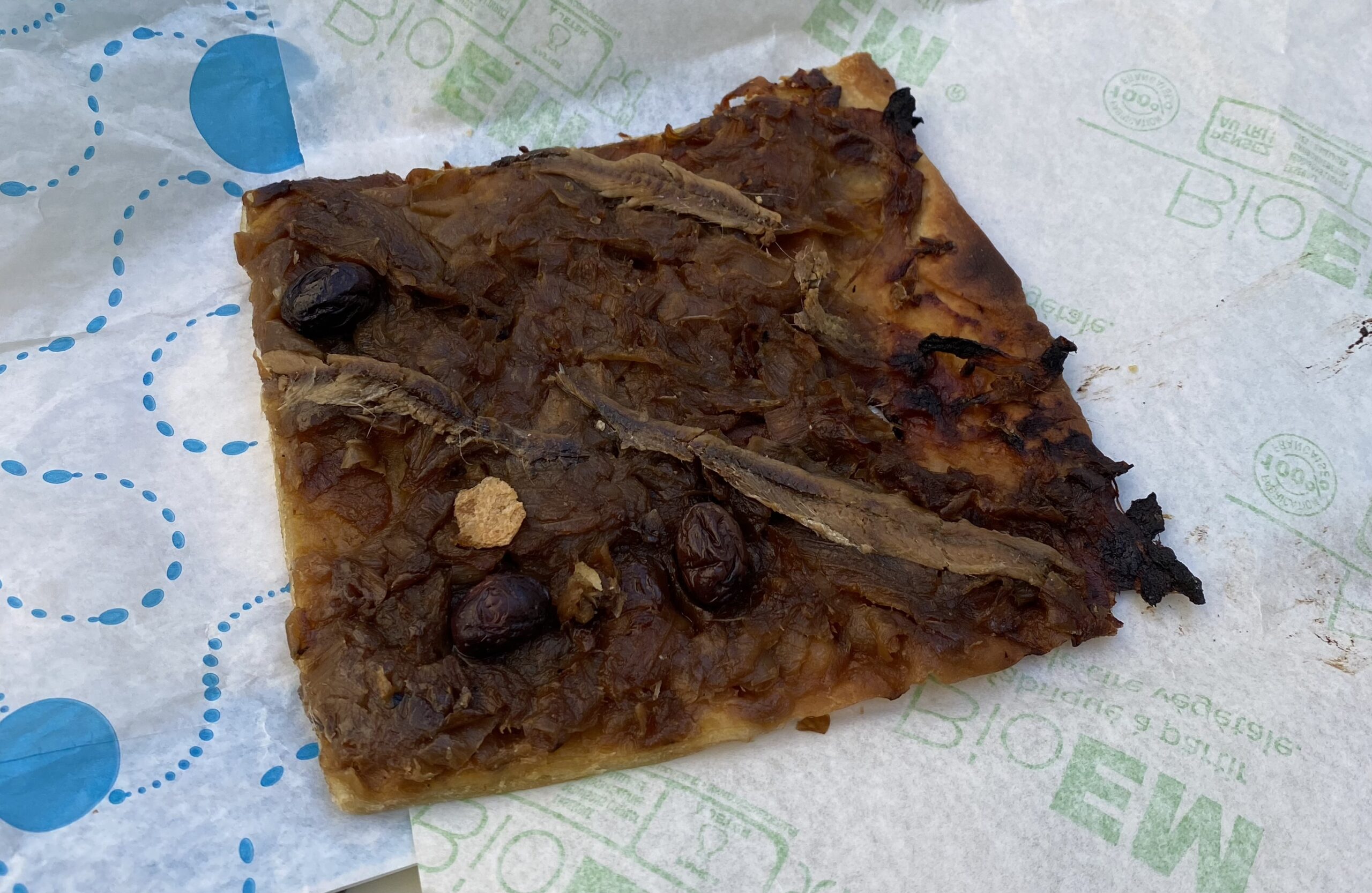 If you’re not done snacking or are looking for a light lunch, stop at another stall in the market to pick up a slice of pissaladière, a thin, crunchy pizza native to the Riviera and covered in caramelized onions, anchovies, and black olives. The umami of the anchovies melts into the sweet, chewy layer of onion, only interrupted by briny bites of olive. 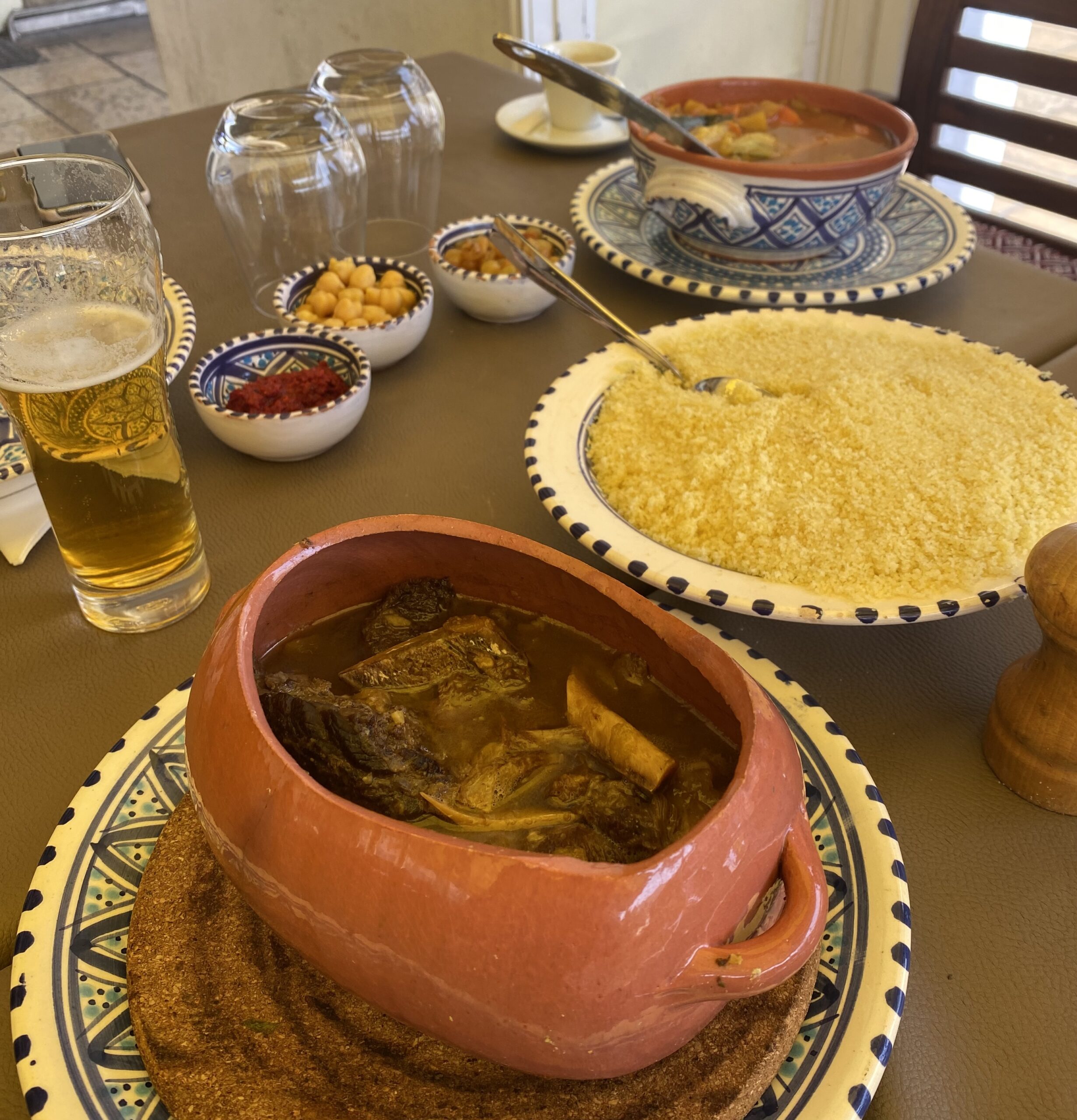 The food of Marseille is strongly influenced by North African cuisine, full of strong flavors and seafood from the Vieux Port. Its most famous dish is bouillabaisse, a gorgeous seafood stew, but its reputation as a tourist treat means that a bowl can run you around €60 or more… and might not be guaranteed in quality. Opt instead for a bowl of tajine, a filling Moroccan stew served with couscous. One serving could well enough feed two, it’s that satisfying. Keep in mind, though, that restaurants on the water sometimes have a one-dish-per-person rule. 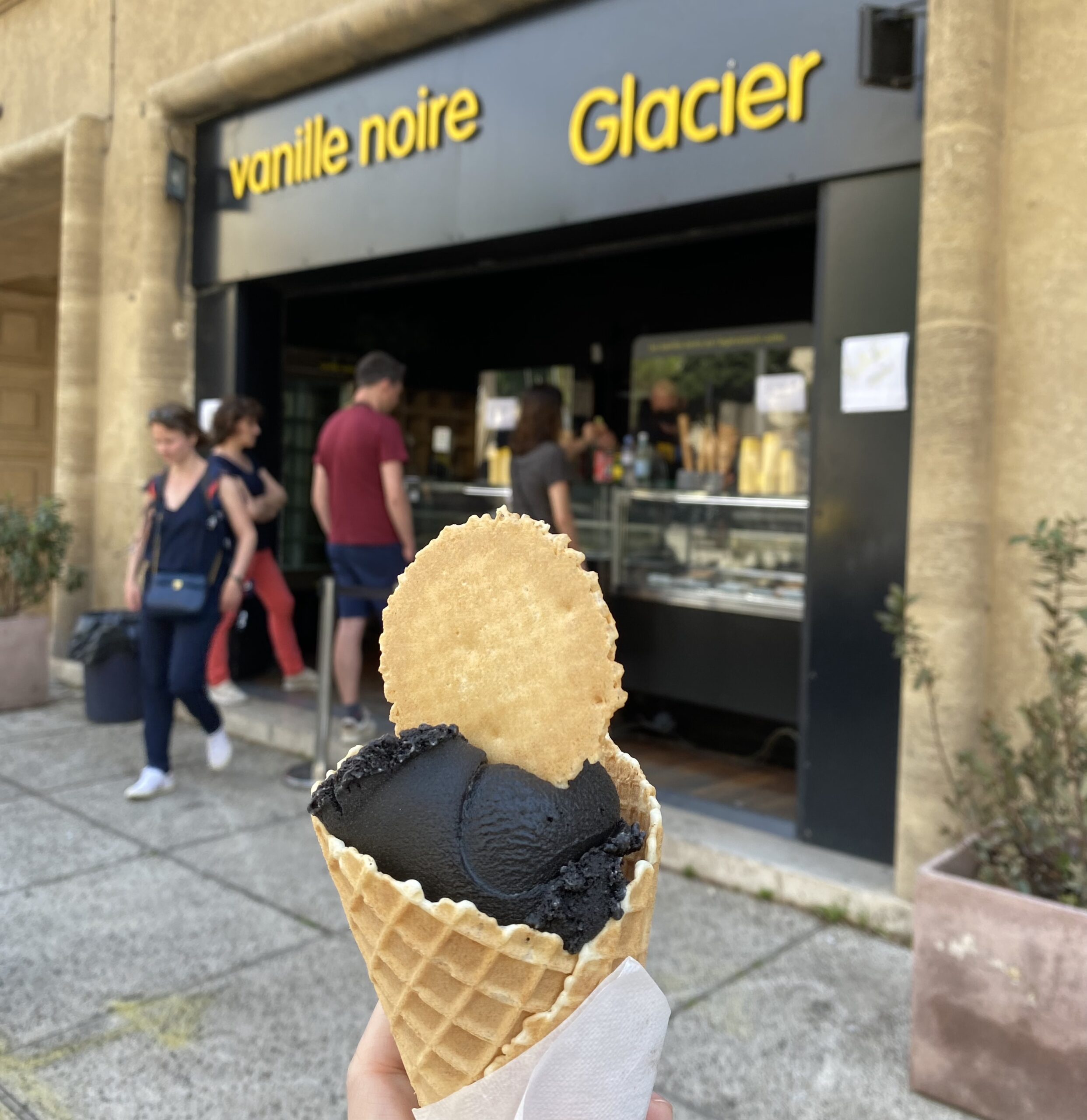 If you’ve still got room after getting your fill of lamb, olives, and lemony couscous, walk for a few minutes to the start of the Panier, Marseille’s historic neighborhood, and find yourself at Vanille Noire, the best ice cream shop in  all of Marseille. The purveyors are known for their Instagrammable black vanilla ice cream, which has a subtle and slightly salty taste. (It’s rumored that the black coloring and slaty flavor comes from squid ink, though ice cream in this style is just as often colored with activated charcoal.) They also offer some other flavors that pack more of an obvious punch, like ginger-turmeric, coriander, beirut nights (orange flower and grilled pistachio) and quince.