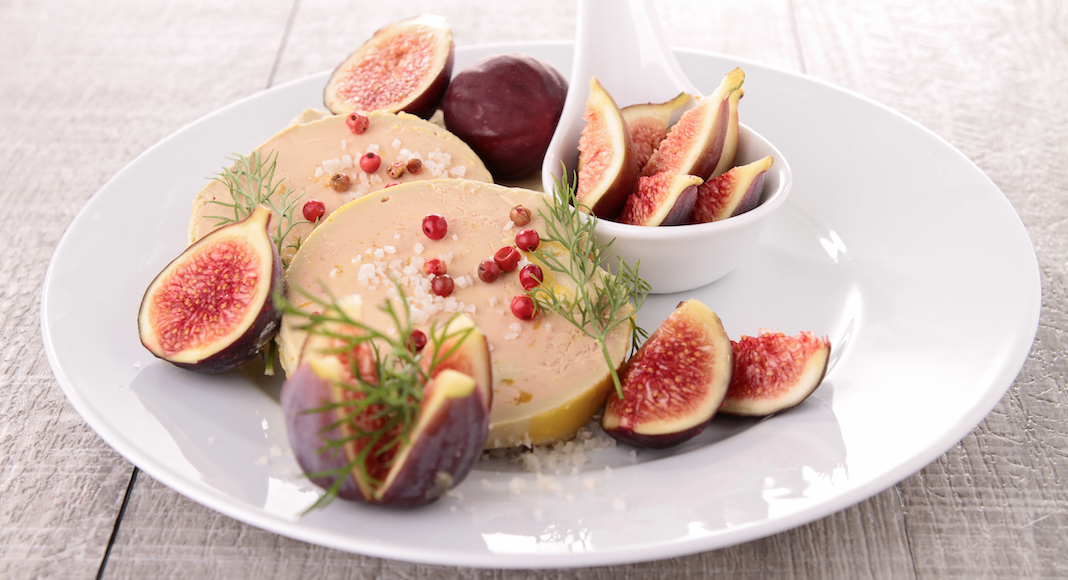 Over the last several years, more and more people have dedicated their time and resources to the development of sustainable practices in food, with big name meat alternatives like Beyond Meat and No Evil making vegetarianism tastier and more accessible. But one of the greatest hot button issues has been what to do about foie gras, the French delicacy of fattened duck and goose livers. Animal activists have been waging war against culinary institutions over its ethics for decades, because of the process known as gavage, in which ducks and geese are force-fed through a metal feeding tube in order to engorge their livers 7-10 times their normal size. This has been long cited as one of the great horrors perpetrated in the name of haute cuisine, with even non-vegetarians finding the concept deeply discomfiting. California and New York City have already passed laws banning the sale of foie gras, which many in the culinary world have taken great offense to.

Considered a staple of French fine dining, foie gras is beloved for its buttery texture and earthy flavor, and eaten either on its own or as part of extravagant dishes. It’s part of a long culinary heritage dating back to the 1500s.

But what if you could have foie gras without the guilt? That is the mindset behind Gourmey, a new food startup out of Paris which just raised an additional $10 million in investor funding to continue its groundbreaking research and design in the field of lab-grown meat.

Their pilot product is foie gras cultivated in a lab by taking stem cells from freshly laid duck eggs and feeding them in vitro with proteins, amino acids, and sugar (mimicking nutrients received from a typical duck’s diet), and later processing the cells into foie gras. In addition to avoiding animal cruelty, this method also uses less land and water than would be required to raise and harvest poultry on a farm.

One of the common challenges faced by producers of lab-grown meat is replicating the texture of the original model, but because of the smooth texture of foie gras, it’s actually far easier to approximate than, say, chicken. This could be cost-beneficial in the long run, as it will save time and money on additional texturizing steps. Though at present, money remains an issue, with lab-grown meat costing far more than its flesh-and-blood or plant-based cousins. At present, it costs an estimated $2,600 per pound to produce Gourmey’s foie gras, while the real thing is far less expensive, with prices varying from country to country.

So how does it taste? According to reporters at Bloomberg, who were privy to a private tasting, it was “remarkably good. The meat was slightly pink with a caramelized crust, soft and delicate with a flavor and smell indistinguishable from that of a high-quality foie gras. It melted in the mouth exactly as it should.”

Once they’ve taken on the $2 billion foie gras industry, humbler products are next on the list, from turkey breasts to chicken nuggets. Gourmey hopes to be able to roll out some of its products by the end of 2022, with an eye on markets sympathetic to lab-grown meat like the United States and Singapore.

Alright, now comes the big question: should we be applauding a well-funded startup for spending millions to make a luxury product the well-heeled can feel better about dipping their silver spoons in? Foie gras has long received outsized attention from those opposed to animal cruelty. But the niche nature of foie gras production generally results in more humane treatment of the fowl involved than what is seen at most commercial poultry factory farms. France produced 1.178 million tons of chicken in 2020. By comparison, the foie gras market maxed out at 14,598 tons, much of this marked for export abroad.

As Gourmey has pointed out, recreating the texture of chicken is a bigger challenge than recreating the creamy texture of foie gras. But if you’re going to invest in a meat product that leaves out the animal entirely, wouldn’t it make more sense in the long run to focus on an animal consumed daily by the majority of the French population?

A large part of the appeal of foie gras is its scarcity, its status as a high end product. And Gourmey has found a way to make a premium product even more premium. But it will be interesting to see how the company faces the challenge of scaling a product with such high research and development costs, in a market that remains confined to a small, but wealthy clientele.