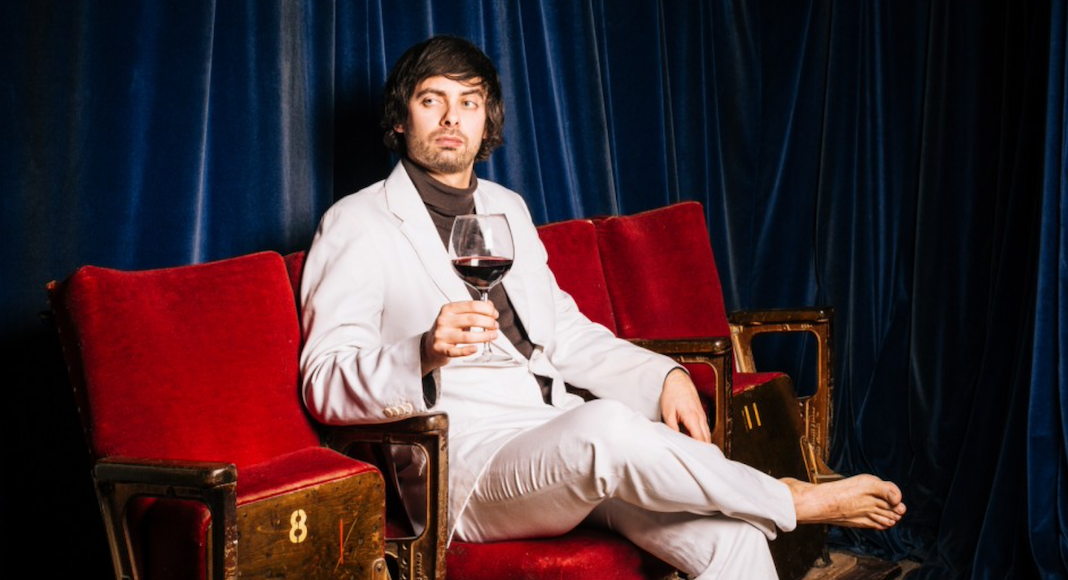 Marcel Lucont: The “French Comedian” the English Love to Hate

“When I was growing up, I always found so many aspects of British culture odd, when no one else did… the repression of the English, the xenophobia, the beige food…” explains Alexis Dubus, the British comedian better known by his stage name, Marcel Lucont.

Marcel, a self-described flâneur, “misogynist, misanthrope, and nihilist,” is a bourgeois Frenchman with one great love: to mercilessly make fun of British culture. He smokes, drinks wine, writes raunchy poetry, and checks all the boxes of an ideal Gallic caricature. The accent, and a few of the other characteristics that make Marcel so memorable, Dubus borrowed from his grandfather, who came to England from northeast France, close to the Belgian border. “My granddad, even though he lived in Streatham, South London for most of his life and had this accent that I have, he could just switch on the French like that,” he says, transitioning effortlessly into Marcel’s accent, “and it was like a party trick for me when I was a kid.”

Dubus and his family try to visit France often, taking trips to the town of Sainte-Maxime in the South of France. “I’m a big Francophile, so rather than a bit of a pisstake of the French (I mean, it is a bit) it’s more of an homage,” Dubus says. “I love almost every aspect of French culture, the food, the lifestyle, the landscape, I just love it out there.”

Dubus got his start in a student sketch group in university called Uber Sausage, inspired by the likes of Monty Python, Police Squad!, The Naked Gun, and Chris Morris. He then entered the comedy circuit in 2003, and in 2005 started running a 65-cap basement comedy club with a friend in London Bridge called “Falling Down With Laughter,” which ran for 7 years. “Love for a pun and for a silly visual gag held us together.” He began hosting an experimental comedy night (no straight stand-up allowed) as Marcel, and the character spun out from there, as a vehicle for Dubus to poke fun at everything from the Tube to Brexit, placing a European outsider’s lens over British culture.

“I always set out to do Marcel as the kind of French person the English love to hate,” says Dubus. “Because of the animosity between the French and British, when I took it out of the comedy club and tried to pass him off as a genuine French person, that was the fun bit, it was making an English audience laugh at someone they didn’t want to make them laugh.”

But there are also plenty of French people who come to the show and have just as much of a laugh. “I would like to think that it’s so accurate for a certain type of Frenchman that I don’t think people would ever find it offensive… So many people have come up to me and said, I’ve known a Marcel, I’ve worked with a Marcel… there’s even a couple who have said, I’ve divorced a Marcel.”

In broad strokes, the character is a snobby Parisian stereotype, but “the accent is not pinned down to a region, so people always are very curious to know where I’m from.” Though he’s only a quarter French, he’s just good enough to pull one over on an unsuspecting français on a good day. “The other day I was doing one of my first gigs back, and there was a French woman in the audience… she came up to me after the show and was fully conversing in French, and I carried on… I think she genuinely left believing that I was French, and I took that as a big win.”

You can find Marcel at a number of UK venues coming up, but he’s hoping to make it to the U.S. (and New York in particular) when things begin to open up again. In the meantime, you can find plenty of his satirical takes on culture on YouTube.