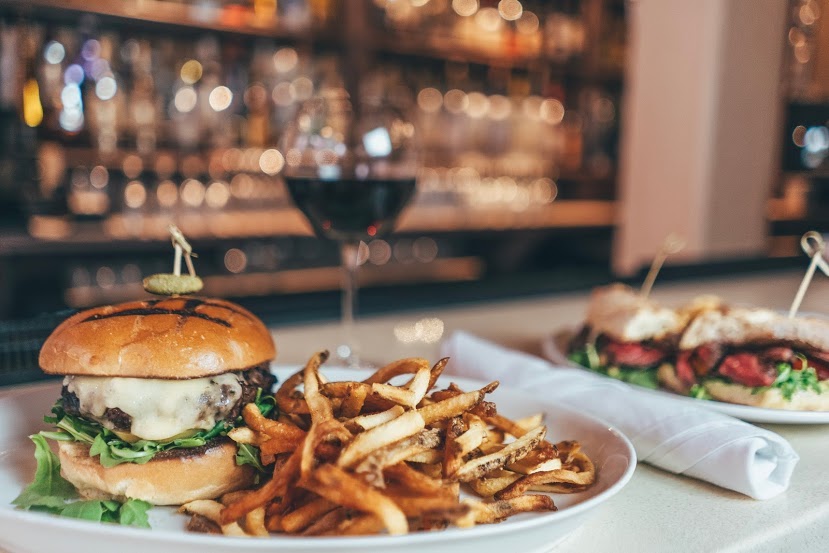 On Tenth Avenue, between 44th and 45th Street, at the heart of what was once New York’s bustling theater district (and hopefully will be again soon), sits a pocket-sized French restaurant waiting eagerly for the post-show rush.

Le Privé, a classic French bistro in the Hell’s Kitchen neighborhood of Manhattan, has been delighting locals since 2017, when owner Sanjay Laforest decided the neighborhood needed a place to get simple, great French food.

The Long Island native grew up speaking French and appreciating French culture under the influence of his Haitian immigrant father. “I speak French fluently, I speak Creole fluently, so I’ve always been tied to French culture, and traveled to France a plethora of times as a youngster.” He started working in event planning before going into marketing and then consulting. He then decided to start Privé Group (named to imply the kind of clandestine and exclusive events the group handled), and fourteen years later, the name has stuck around.

Eventually, he decided that having his own restaurant was non-negotiable. “Being well traveled, along with having ancestral ties to France made it a no brainer for the first restaurant to be French.” But of the food, he explains, “We do have a particular twist, a New Orleans twist,” and notes that in things like the soupe à l’oignon, you might find a surprising kick.

One of the critical things for Laforest was making sure that all of the menu items were authentic, classic French products. The charcuterie, cheese, and wine are all French and carefully sourced. But they still have a little fun, like with their specialty cocktails with cheeky French names like Je m’en Fou and Désobéissante.

His favorite menu item? The magret de canard, duck breast served over a parsnip purée. But he definitely won’t go turning up his nose at steak frites, moules frites, or their Médaillon d’Automne, a vegan dish of sweet potato medallions over a bed of cantellini beans, crispy mushrooms, and carrot purée.

But it’s not all about the food. “We really care about our customers, we treat our customers like they’re on top of the world… I think that is number one for us, in terms of what sets us apart from other restaurants.”

The restaurant managed to survive the frequent closures and shifting regulations around COVID-19, thanks to a dedicated team, and the bonus of their backyard area, “Le Jardin.”

“It was absolutely a tumultuous time for us… we’re very Broadway-based, and for a year we haven’t had any tourism. We sustained and we held the fort, and I absolutely see the light at the end of the tunnel now, but it was not easy.” But with things opening up, now might be the perfect time to make a reservation for your next night out.