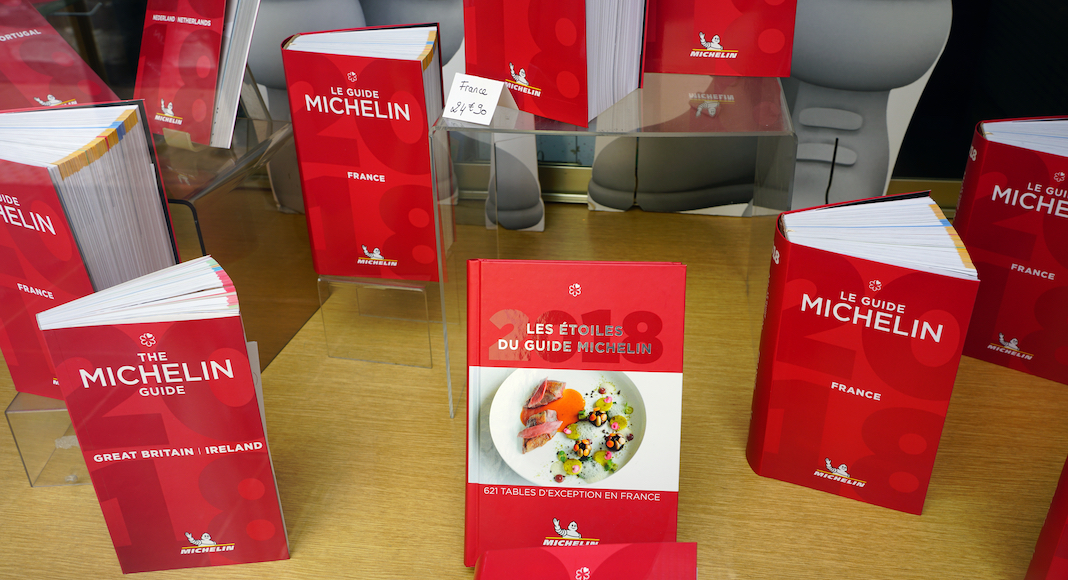 Is the Michelin Guide Prejudiced?

The Michelin Guide was created in 1900 when two brothers, Andre and Edouard Michelin, decided that their new tire company needed a boost in business. With cars still a rarity on the roads, they thought it would be a brilliant idea to publish a travel guide for motorists, in an attempt to convince people to roadtrip and wear out their tires to increase demand for more. Since then, the guide has become the gold standard for restaurants, which may be awarded one star (“worth a stop”), two stars (“worth a detour”), or three stars (“worth a special voyage”). But there has long been controversy over who exactly deserves those stars and why. The organization has been accused, in particular, of upholding French restaurants as the benchmark for haute cuisine. But is it too easy to imagine that a French company would give preferential treatment to the French? Let’s look at the numbers.

Though a large portion of the starred restaurants fall into the vague category of “New American” (as one would expect, stars being indicative of innovative cuisine in the United States), the other styles of cuisine awarded tend to skew French and Japanese. Italian, Korean, and Mexican food have also done pretty well for themselves. Out of the 46 one-star restaurants, 7 are French, and 13 are Japanese. Out of all 64 restaurants, 15 are Japanese, and 14 are French. But if you factor in number of stars, you’ll notice that even though more Japanese restaurants have stars across all categories, the more stars a restaurant has, the higher the likelihood of it being French. 15% of one-star restaurants are French, while the percentage is 38% for two stars, and 40% for three.

But what about global rankings? They seem to follow a similar trend. France has a whopping 30 restaurants with 3 Michelin stars, the greatest in the world. Japan comes in second with 22 (4 of which are French), and the U.S. in third with 13.

When looking at the guide, there’s another interesting thing that pops up: though countries like Japan and the U.S. have “Japanese” and “American” classifications, in France, there are no culinary breakdowns based on country of origin. Categories instead are either: Creative, Modern Cuisine, Classic Cuisine, Seafood, or Regional Cuisine, with a single restaurant (Le Louis XV in Paris) being categorized as “Mediterranean Cuisine.” France has 637 starred restaurants in total, while Japan has only 415, Italy 366, Germany 308, Spain 217, and the United States a mere 195.

The European leanings might make sense with a guide originally built around automobile travel from France, but Japan is an intriguing outlier. Part of this apparently strange grouping can be traced to the culinary history shared between France and Japan. Much of the framework for what we think of as haute cuisine comes from la nouvelle cuisine of 1960s France, where chefs like Paul Bocuse and Jean and Pierre Troisgros switched from the heavy style of the traditional French royal banquet to a lighter approach. This is where the concept of small plates in Western cooking comes in, where artful decoration and seasonal ingredients become the defining aspects of gastronomy. But it is commonly suggested that these chefs didn’t dream these things up overnight—some of their inspiration came from the Japanese.

French chefs who visited Japan in the 1960s were enchanted by the traditional Japanese meal called kaiseki, which has ties to the Zen Buddhist tea ceremony. Simple, intricately plated dishes which serve to highlight ingredients (rather than drown them in sauce, in the French tradition) are essential to kaiseki, and when these ideas were co-opted by the French, part of Japanese food culture became the basis for our understanding of what a fancy meal should look and taste like. So when looking at the bias towards French and Japanese food in the Michelin rankings, we can almost view this as a combined bias, because the appreciation for Japanese cuisine is filtered through the lens of its favorite borrower.

Food never exists in a vacuum. It is constantly under the influence of whatever passes it by. Even the idea of what designates food as being “French” or not is up for extensive debate… but that’s a subject for another article. At the very least, however, it does seem apparent that if you’re the country setting the rules for fine dining, you’re probably going to reap some of the rewards.