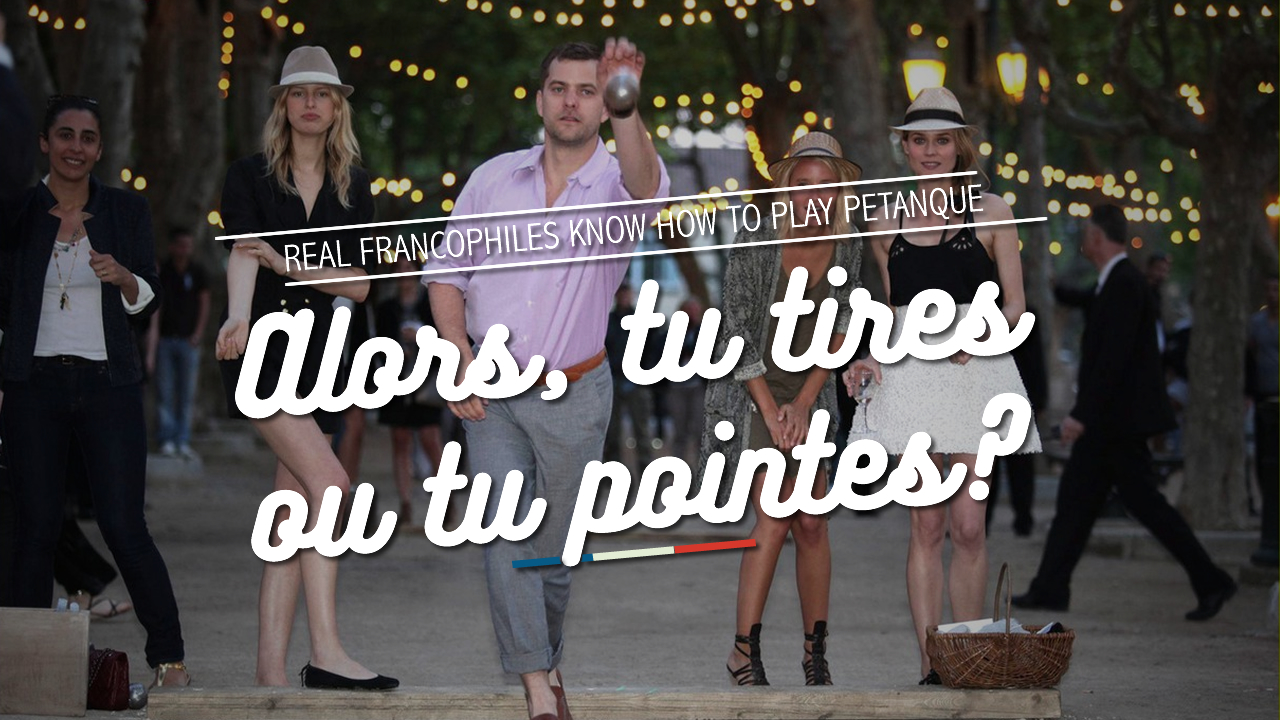 How to Play Pétanque

Pétanque, pronounced pay-tanque, is France’s favorite competitive activity (actually it’s probably tied for first with soccer, but regardless). It’s a game that anyone can play, requiring minimal athletic skill other than the ability to throw a ball a short distance.

However, the fête nationale isn’t about sitting on the sidelines, it’s about (the anniversary celebration of) joining the fight for freedom. So it’s time Americans put down the ice cream, picked up a boule, and joined the fight for freedom… to brag about beating French people in pétanque. Here are the rules of pétanque so you can enjoy le 14 juillet like the French. 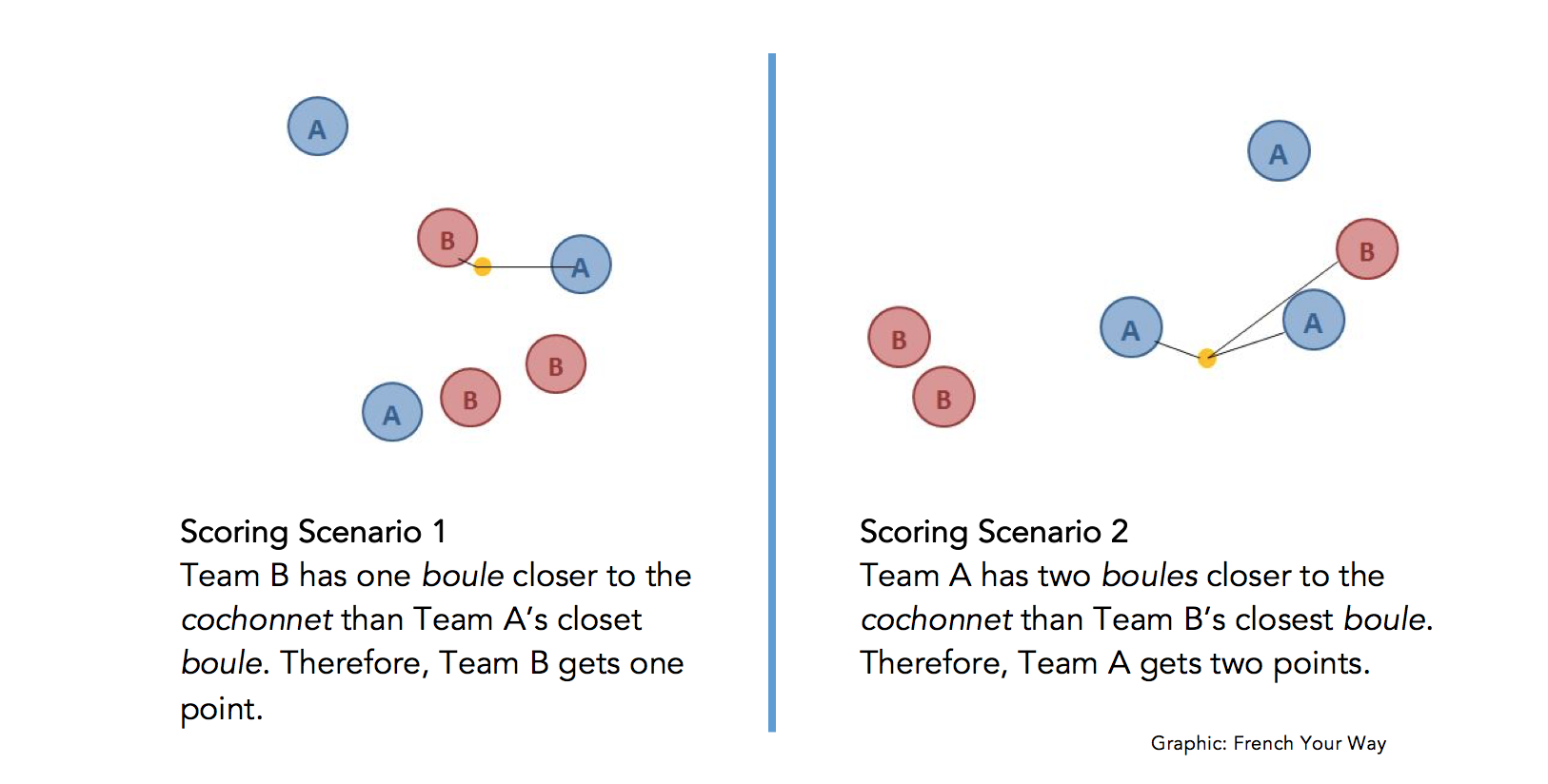 The team that won that match (la mène) gets to draw le rond and throw le cochonnet in the next mène.

The correct way to toss the boule is underhand. (Finally, a sport where underhand shots are acceptable!) A butchered explanation of the proper throwing form is to think about it like bowling with your palm facing down not up (but don’t start 10′ back from the piste and run toward it; there’s no running in pétanque). Stand with your feet together. Holding the boule downwards, draw your arm back behind you, then swing it forward for some momentum. Release the boule when it’s in front of you, about even with your armpit.

If you just throw the boule, it will roll off the piste, across the street, through the neighbor’s yard, onto the nearest highway ramp, and down the highway until it disappears into the horizon (it’s a steel ball, these kinds of things happen). To prevent this from occurring, flick your wrist a little when you release to get some backspin on the boule so it stops pretty close to where it lands. Disaster averted.