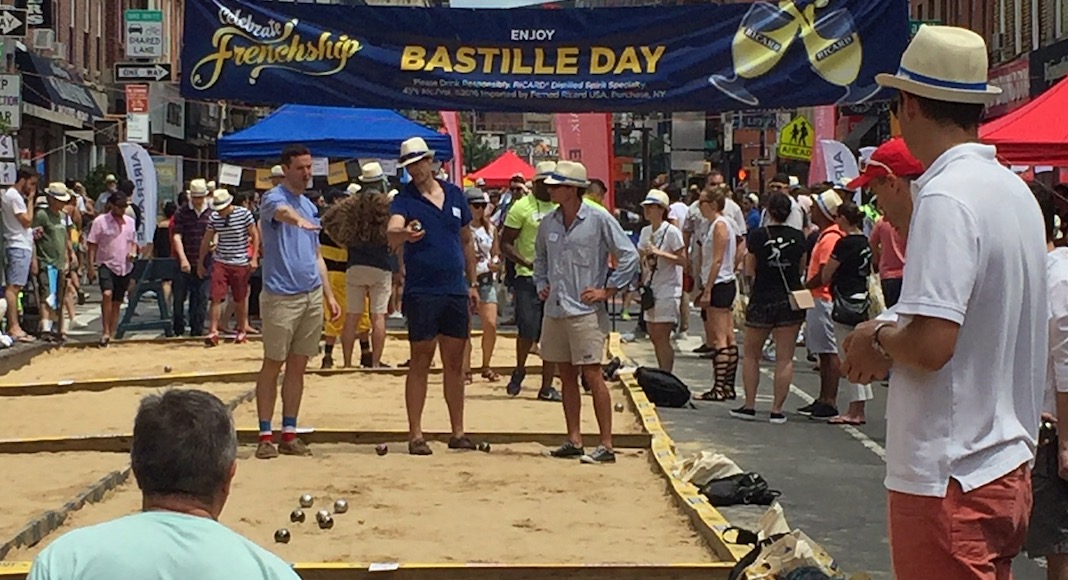 7 Reasons Why Pétanque is the Best

France’s favorite afternoon activity of throwing steel balls as close as possible to a small wooden ball is casual among friends, highly competitive in tournaments, and always fun.

Pétanque (pronounced pay-tanque) is a game, not a sport, though it certainly has an established presence similar to that of a sport. There are pétanque clubs, federations (272 in 162 countries, to be precise), world tournaments, and professional players. There’s a winner and a loser, people get too competitive, and I’m 100% sure there’s a couple somewhere that broke up over a disagreement about whose boule was further from the cochonnet. It’s not currently an Olympic sport, but there’s a campaign for its recognition in the 2024 summer Olympics.

If pétanque were recognized as a sport, then all uncoordinated, Netflix-first-gym-never people would suddenly be able to call themselves athletic. And let’s be real: baton twirling is considered a sport, so there’s no reason pétanque shouldn’t be one too. Here are seven reasons pétanque is the best.

1. Finally, a game you can play on the sand that doesn’t make you feel like you should have been going to the gym since March. Forget the bikini for beach volleyball, wear a t-shirt and shorts while you toss the boule.

2. It is totally acceptable to do a lob or an underhand throw. (Granny shots, however, are not acceptable.)

3. You do not have to train for years to participate and not be ashamed of your skill level. If you can throw a ball, you can play pétanque. (Not that you’ll be the best, but you can play.)

4. It’s easy to appear to be an expert. For most competitive activities, you cannot simply appear to be good at them. For example, swimming — you’re either fast or you’re not. To appear like an expert pétanque player, stare intensely at the cochonnet as though you’re calculating the velocity at which you must throw your boule in a parabolic path, considering both the sea level and direction from which the wind is blowing. Make sure to finish your throw with an elaborate flourish so people think you have a method. Even if you don’t get very close to the cochonnet, people will think you’re probably just having an off day because that hand flourish at the end is too purposeful for you to be an amateur.

5. Unless you are nervous, very competitive, or it is hot out, you will not get sweaty playing a game of pétanque.

6. It’s a game for multi-taskers. In other words, you can hold a drink, a candy bar, or your portable speakers blasting Calvin Harris in one hand, and toss your boule with your other. For a variety of (obvious) reasons, your throw may not be as good while holding a beer as it is without the beer, but you can still play. You’ve got one hand free, so you might as well put a cold one in it.

7. There’s no running. If you’re running in pétanque, you’re doing it wrong.