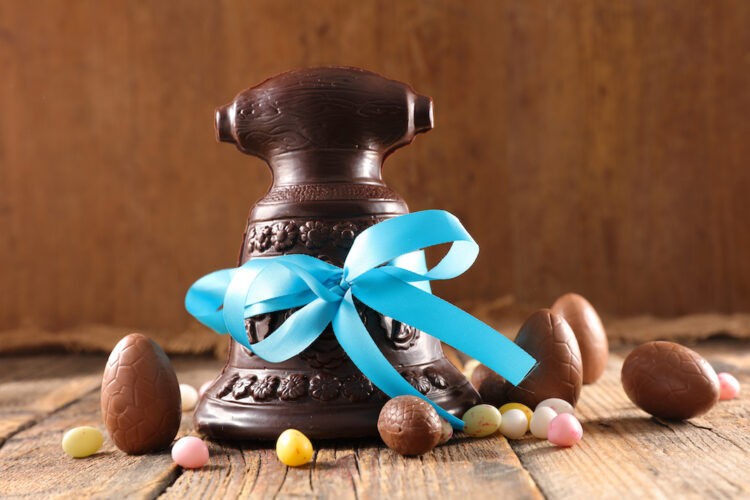 Easter is almost upon us! Known in France as Pâques, the spring holiday is coming up on Sunday, April 17, as indicated by the influx of Parisian chocolatiers starting to tempt passerby with elaborate displays of chocolate eggs, hens and bells — with very few bunnies to be found.

Whereas American lore says that the Easter Bunny is responsible for bringing chocolates (as well as candy-laden gift baskets) to children on the holiday, French custom eschews bunnies for bells (les cloches). As legend has it, the bells fly off to Rome a week ahead of the holiday (la chance!), and their musical return on Easter Sunday signals that they’ve successfully made their return flight and have scattered chocolates for children to find along the way. Another difference: The French take Easter Monday off; Americans do not (which has always seemed sort of cruel!)

So, if you’re lucky enough to be in Paris to celebrate, there are plenty of ways to get in on the chocolate-filled fun, from Easter egg hunts (at various châteaux, parks and museums — pas mal, hein?) to services in famous churches like Sacré-Cœur, as well as concerts, brunches and beyond.

While there will be plenty to keep you busy, it’s good to note that as a rule, Paris is fairly sleepy on Sundays and Mondays, and you can expect even more businesses than usual to be closed for the holiday. Buses and metro lines will still run, but on a limited holiday schedule.

Below, we’ve rounded up everything you need to know to have a Joyeux Pâques. 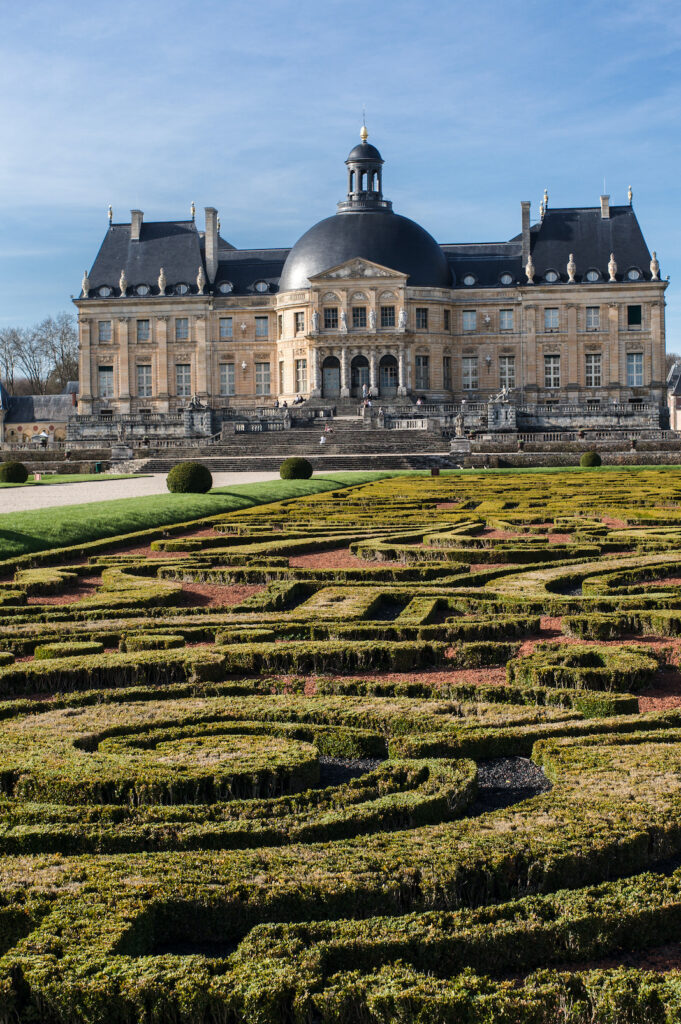 If you’ve been sleeping on Musée Rodin, now is the perfect time to visit — the famous museum has partnered with Paris’ oldest chocolate-making factory, À la Mère de Famille, to host an egg hunt in the museum’s sculpture-studded gardens on Wednesday, April 13 from 2:30-5:30pm.

An hour-and-a-half south of Paris, this stunning Château in Maincy, France, is a fun day trip on any occasion, but particularly for Easter: it’s home to the largest chasse aux œufs (egg hunt) in France! Over 90,000 chocolates are hidden in the castle’s 33-hectare garden, and hunts will take place from Saturday, April 16 – Monday, April 18, starting at 10am — it’s sure to be an egg-cellent time!

An eco-center, repair shop, urban farm and airy café housed in a former train station on the Petite Ceinture (a now-defunct circular railway), La REcyclerie is one of the hippest, most bucolic places to be in Paris. Situated at the far edge of the city near Port Saint-Ouen, it’s certainly worth the trek (especially when the nearby weekend flea markets are open just outside the peripherique, aka the main highway that delineates Paris proper from the surrounding suburbs). For Easter, there’s plenty to attract kids and adults alike: all weekend long, there will be an Easter brunch special (with vegan options!), while Sunday and Monday will feature egg hunts in the afternoons. The on-site farm is on-theme as well, with chickens roaming free. 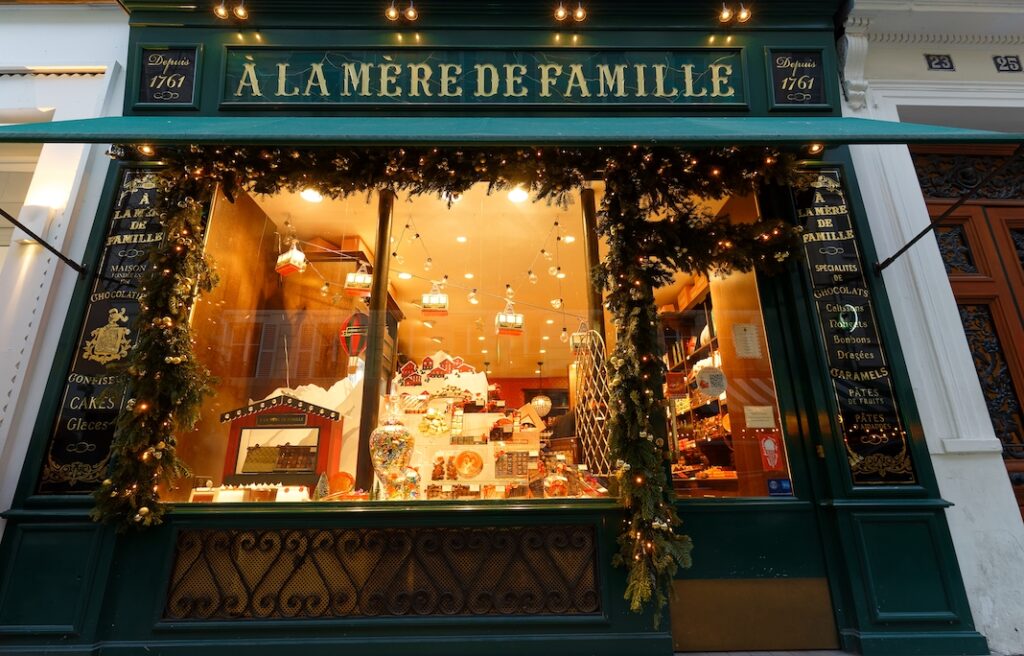 The one drawback about Easter in Paris is that you’ll be hard-pressed to find any marshmallow Peeps or speckled Cadbury chocolate eggs. But no need to fret — the artisanal creations of French chocolatiers are sure to distract you in no time. With a focus on chocolate eggs of all sizes, as well as chocolate hens and bells, these are a small sampling of some of the best chocolate shops around town:

Paris’ oldest chocolate shop, founded in 1761, has kept its original decor from the early 20th century and maintains an old-world charm that merits a visit almost as much as the tantalizing treats inside. For Easter, check out their dazzling selection of tiny praline eggs, wrapped in jewel-tone paper and tucked into a real egg carton, or their rather charming chicken-shaped chocolate.

One of France’s most renowned celebrity chefs is broadening his Easter range this year from the classic collection of rabbits and eggs to include lobsters, octopuses and other sea creatures. The geometric chocolates may seem a bit untraditional to Americans, but they’ll be sure to impress any French friends. While he has a smattering of locations around Paris, the Michelin-starred chef’s original Rue de la Roquette chocolate shop is also a marvel for its small size and bare-bones décor.

Maison Lenôtre is another Parisian classic, dishing up all sorts of Easter-themed goodies this year, from luscious dark chocolate hens served alongside smaller praline eggs to a forest-themed collection that includes kid-friendly chocolate squirrels, owls and more. 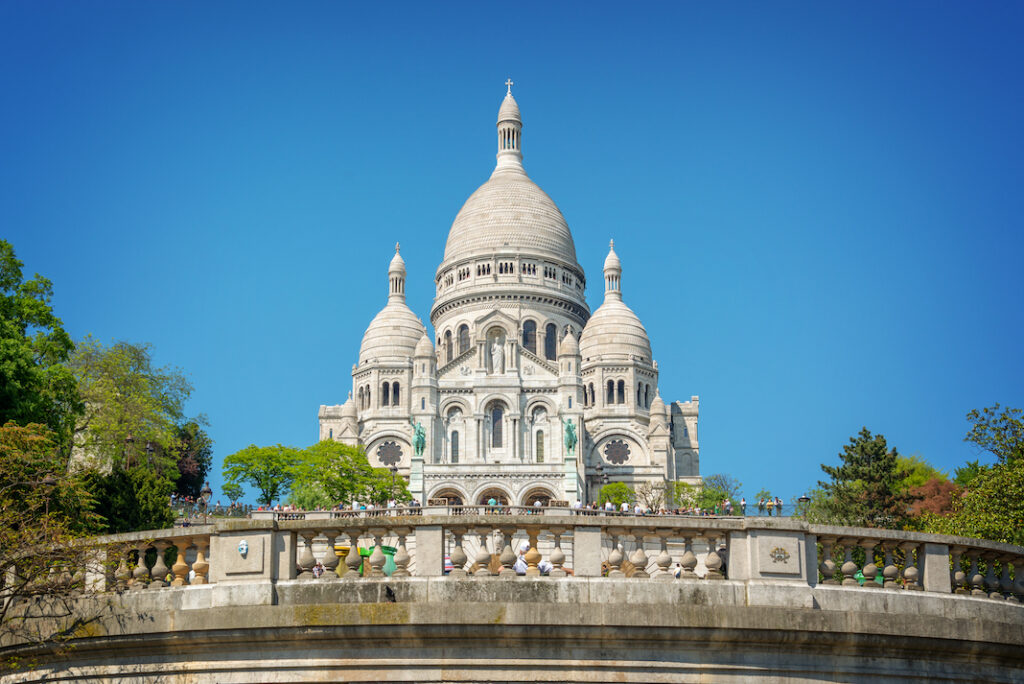 Whether you’re looking for a religious experience or just to visit the Montmartre landmark, a visit to the iconic white basilica is a must, if only for the panoramic view over all of Paris. Over Easter weekend, it will host a number of services, with the Stations of the Cross taking place on Good Friday at 12:30pm, presided over by the Archbishop of Paris. More information on the weekend’s programming can be found on their website here.

Located in the 8th arrondissement, this enormous church is instantly recognizable for its facade — which appears less like a religious building and more like a Greek temple, thanks to Napoleon, who wanted it created in honor of his army. For Easter, they annually host a morning and evening mass, with a number of activities in the week leading up to Easter Sunday, including the Stations of the Cross. 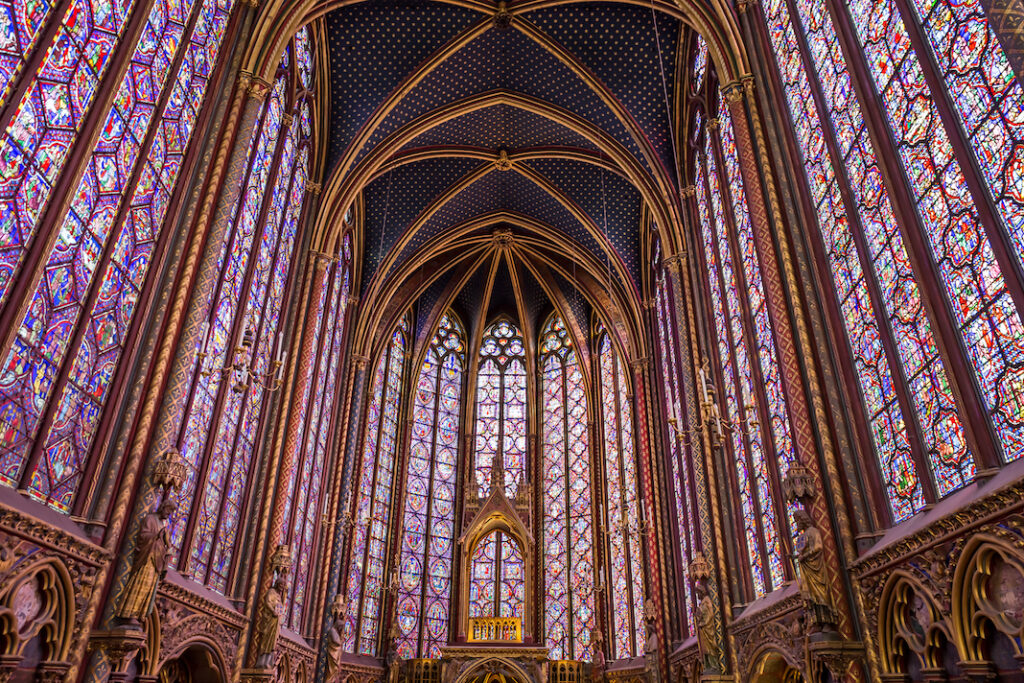 Not big on the whole religion aspect of Easter but still want to take in the city’s stunning churches? A concert at La Sainte Chapelle (starting at 49 euro) is the best of both worlds. Take in the magnificent stained glass windows while sipping a glass of Champagne, nibbling on tapas (for an extra 20 euro) and listening to classical music echo in the cavernous French Gothic cathedral.

Sophie Dodd is a staff writer for Frenchly who covers all things Paris, travel, wine and lifestyle. She also writes for Travel + Leisure and PEOPLE. You can follow her adventures in Brooklyn, Paris and beyond on Instagram.