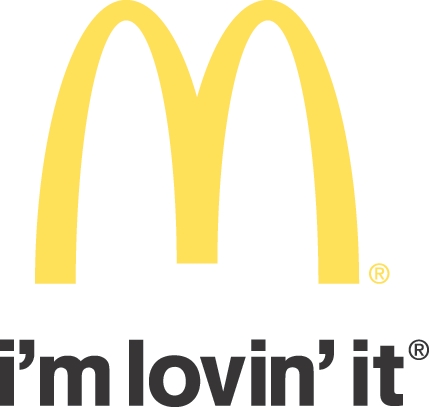 Is McDonald’s Really More Popular in Paris than New York?

It’s the French, not the Americans, who are lovin’ it.

McDonald’s – “McDo” en français – has become so popular in France it’s no longer considered junk food (malbouffe). In the US, millennials are turning away from industrially produced and processed fast food in favor of seemingly healthier, but equally fast Chipotle, Five Guys, Smashburger, etc. As for McDonald’s, Americans tend to blame it more than any other company for making America obese. They turn their nose up at Big Macs, currently ranked the “worst tasting” in the US food court (consumer reports).

It’s a French paradox. What gives? Isn’t McDo the opposite of you-are-what-you-eat French culture?

Here are five possible reasons why McDonald’s is now more popular in France than America:

McDo is “made in France” – and tastes better?

This Buzzfeed video subjects French people to American McDonald’s French Fries as if they were something completely different from what they eat back home – at McDo. In fact, 70% of McDo’s ingredients (and all its potatoes) are sourced in France.

The perception here is that McDo’s fries taste different and better. But unlike the US and UK, France McDonald’s hasn’t revealed exactly what’s in them.

McDo says its food is “adapted” to the French palate. It serves French cheeses such as chèvre and Camembert, whole-grain French mustard sauce, baked-on-the premises baguettes, macarons, wine and beer.

But most of the McDo menu, despite these notable exceptions, appears uniform. The same 45% chicken McNuggets. The same kale salad containing more fat and calories than a double Big Mac.

But the cheeseburger you get in France is not the same as in New York or Atlanta. Some of the beef (officially 48%) is French and grass fed. Do you taste the difference? Probably not. Just as in the US, your cook is flipping flash-frozen patties. Any single burger can contain the flesh of 100’s of cattle from all over Europe. That’s how McDonald’s mega suppliers process meat. The UK McDonald’s site admits “beef can be made up of the meat from more than 100 cattle.” McDonald’s French site plays coy with the details.

The biggest difference is not in what you eat but where you eat it. France was the first country to redesign McDonald’s. More than the US, France has been true to McDonald’s founder Ray Kroc and his statement, “we’re not in the hamburger business, we’re in the show business.” McDo has spent a couple of billion euros to create, in cities and towns across France, an avant-garde, clean well-lighted place for a burger and fries.

The world’s largest McDonald’s – in Paris on the Champs-Elysées – reopened in February with a complete makeover.

In France, a McDo is not a creepy fast food joint where most people drive through and spend five bucks on food to go. More likely, it will feel like a real restaurant. Over 70% of French customers eat on the premises, lingering over their food at tables beneath avant-garde wall graphics, divided by glass partitions. Often, there is table service. McCafés, located in Paris and other cities, occupy a neat little annex, serving coffee in real cups and pastries on ceramic plates.

That’s why, for many French families, eating out at McDo is an event. They eat out less often than Americans but spend more time and more money when they do.

Technically, McDo has stayed miles ahead. Its restaurants began offering free wifi over a decade ago — five years before McDonald’s USA. Ninety percent of them are equipped with digital self-order kiosks.

McDo’s PR has brainwashed the French

Jean-Pierre Petit, an advertising guru who became CEO of McDo in 2004 (and remained in charge until last year), masterminded a new image. You can read about it in his book, I sold my soul to McDonald’s. He literally “greened” McDo, changing the McDonald’s color in France from fire engine red to forest green. He also came up with the motto, venez commes vous êtes, “come as you are.”

Under Petit, McDo exiled Ronald McDonald to the US and replaced his clown antics with nuanced corporate storytelling about McDo’s employees, customers and the farmers who produce the food it sells.

The theme of these ad campaigns is just how French McDo is and how the people who eat and work there represent France in all its diversity.

McDo is a job growth engine in a sluggish French economy

McDo is the number one provider of “French” fries and hamburgers in France. It’s is the second most profitable market in the world for McDonald’s, second only to the US. It has almost 1300 restaurants and serves 1.8 million meals a day. It is growing at 5 to 10 times the rate of the French economy and is one of the largest sources of private-sector jobs. It employs nearly 70,000 people and hires 3,000 new employees each year, most of them young adults without college degrees. Jean-Pierre Petit himself never graduated from college.

In 2001 McDo invested in the Salon de l’Agriculture, France’s biggest agricultural fair. Ever since, it has presented itself as a French company that supports French farmers. Long gone are the days when sheep farmer José Bové could gather sympathy by destroying a McDonald’s in the central French town of Millau and launch an anti-globalization movement targeting McDo.

France is losing its slow-food soul

There is an eternal debate in France about the perceived decline of French cooking. You can argue that McDo’s success is another nail in the coffin.

For all the buzz about French ingredients and McDo being “localized,” in the end, it’s French taste buds that have adapted the most.

As Mcdonald’s USA tries to reinvent itself, it may look to McDo for inspiration.

“Deep inside me there is an idiot who loves it,” he admitted in a documentary for French television. “And I want to feed this idiot regularly. I suffer but I go along with it.”