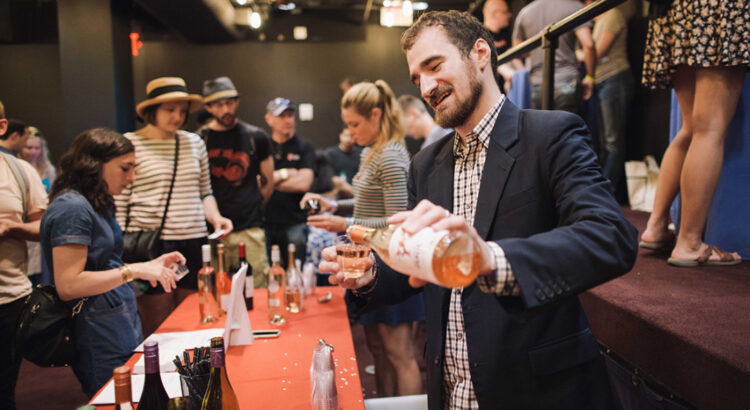 The French cultural calendar in July is dominated by Bastille Day celebrations. Many are taking place in person after a two-year hiatus, and stretch across the actual holiday on Thursday, July 14th, to the weekends on either side, making the most of the opportunity to gather and celebrate in person, especially outside. The French Embassy has a full roundup of events across the country, from Atlanta to Boston, Miami, New Orleans, Texas, and Washington D.C., including dinners and wine-tastings, film screenings, activities for children, and live music and DJs to get the party going. While our readers know that French culture is far more than wine, cheese, and marauding mimes in berets, these parties nevertheless offer an opportunity to embrace the stereotypes, dance to accordion music, and fill up on crêpes and champagne.
New York City gets things started early on Sunday, July 10, as the French Institute-Alliance Française takes over four blocks of Madison Avenue, between 59th and 63rd Streets, for its Bastille Day party. Inside the FIAF building at 22, East 60th Street, there will be ticketed tastings of Champagne and rosé (above), while outside, some forty booths will showcase French food and drink, culture, beauty, and fashion, along with activities for children, and music and dance performances. On July 14, the French consulate hosts a free festival at Rumsey Playfield in Central Park, featuring a program of French classical music, jazz and electro-pop, as well as a lively 45-minute performance (in English) of Sganarelle, or The Imaginary Cuckold, by the theatrical group Molière in the Park. As an alternative, downtown at Joe’s Pub from 6pm, the cabaret singer Myriam Phiro will host a more intimate musical soirée, accompanied by her French/gypsy jazz band Nuage Rhythm. 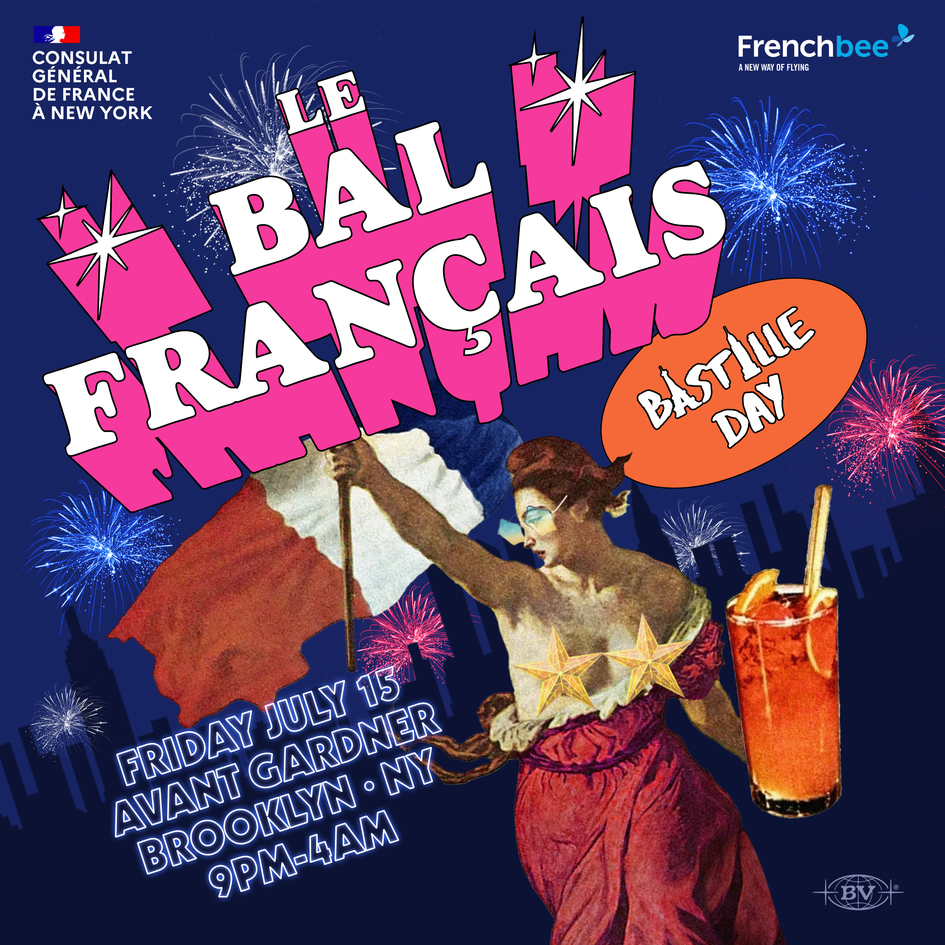 Finally, on Friday night, July 15, at Avant Gardner in Bushwick, Brooklyn, a special Bastille Day party, Le Bal Français, kicks off at 9pm, with a DJ spinning French classics from Edith Piaf to Daft Punk, and giveaways throughout the night including flights to Paris from French Bee. 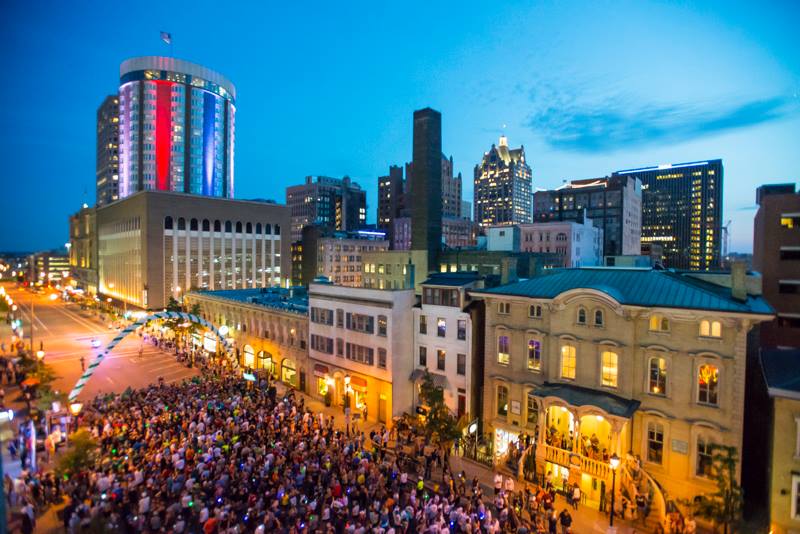 Before Covid-19, Milwaukee hosted one of the country’s largest Bastille Day celebrations. This year, the celebration returns to Cathedral Square Park from July 14–17, showcasing French cuisine and culture. The free, four-day extravaganza kicks off with the annual “Storm the Bastille” 5K run and walk through the streets of downtown Milwaukee, which takes place on Thursday 14 at 9pm (pictured above). This year’s festival will lack its signature model of the Eiffel Tower, which needs restoration. However, the organizers have created an interactive “Love Locks” sculpture, in collaboration with local artists and high school students, which will invite festival-goers to fasten padlocks to the sculpture, evoking the (now forbidden) tradition at the Pont des Arts in Paris. 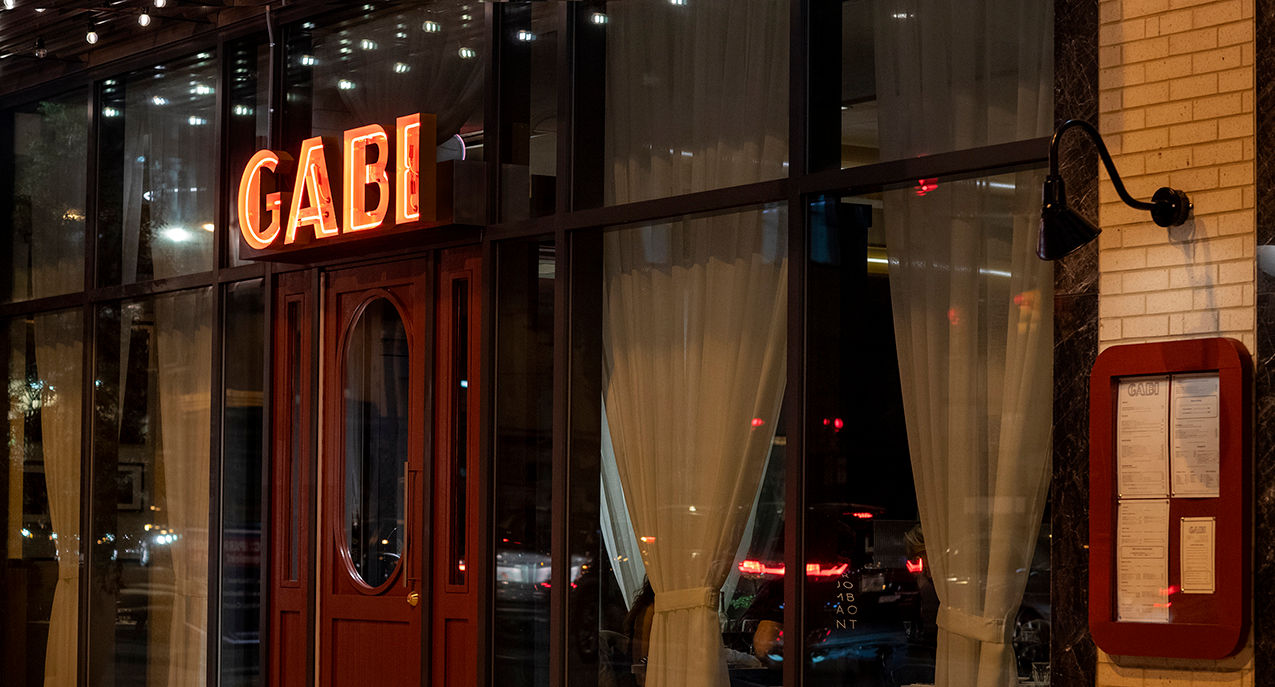 The Alliance Française of Philadelphia is also organizing a slate of activities for July 14–16, including a flag raising ceremony at City Hall at 11am on Thursday. That evening, there will be a celebratory dinner at the casual French restaurant Gabi, at 339 North Broad Street (pictured above). On the afternoon of Saturday 16, the AF hosts a bring-your-own picnic in West Philadelphia’s Clark Park, a family friendly celebration that will include games, music, and entertainment. All week, beginning July 7, there will be an online auction and raffle to enter. 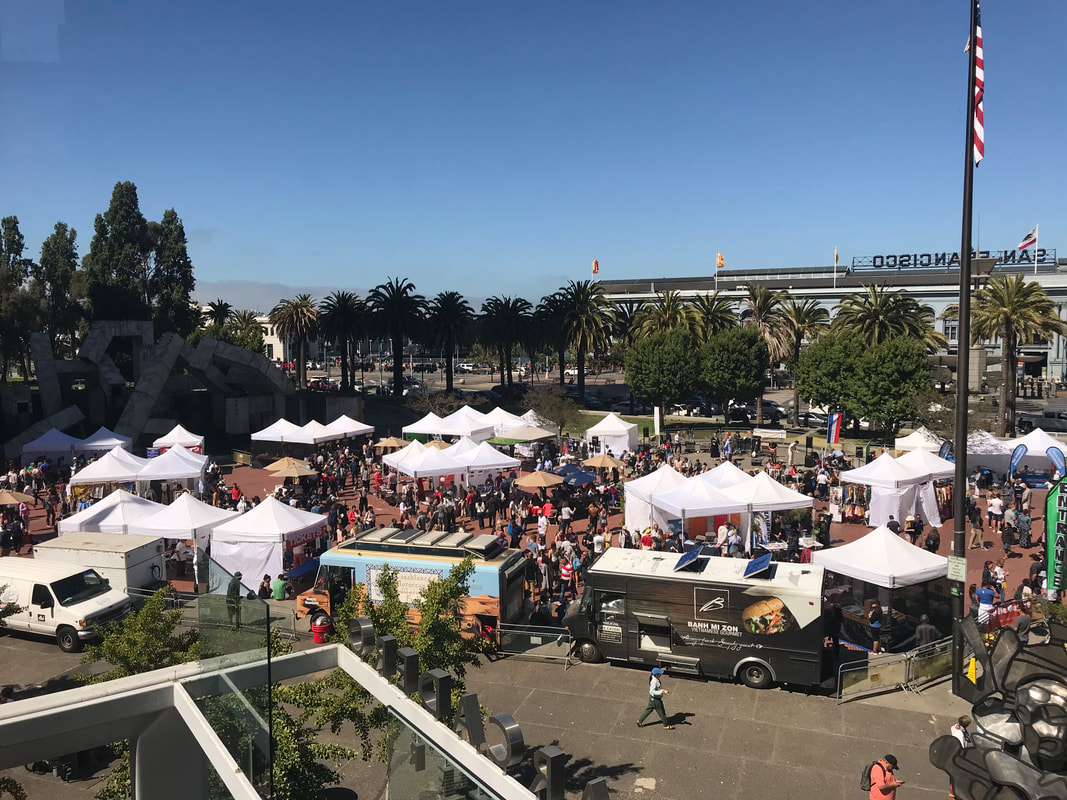 In San Francisco, the Bastille Day festivities take over Embarcadero Plaza (above) all day long on Saturday, July 16. This relatively new festival revives a tradition dating back to 1880, the year of the city’s first Bastille Day celebration, and underscoring the city’s links with France (it has been the sister city of Paris since 1996.) The organizers promise a wide range of French, Moroccan, and Vietnamese food from local restaurants, wine (bien sûr) and Kronenbourg beer. There will be tours of the city’s French quarter, and performances throughout the day by French musicians and the Hui Tarava Tahitian dance troupe, as well as a display of vintage Citroen cars. Nail-biting competition comes in the form of a pétanque tournament and the “”Course de Garçons de Café”—a tradition dating back to the 1930s, in which participants compete to be the fastest to carry a loaded tray without spilling a drink. 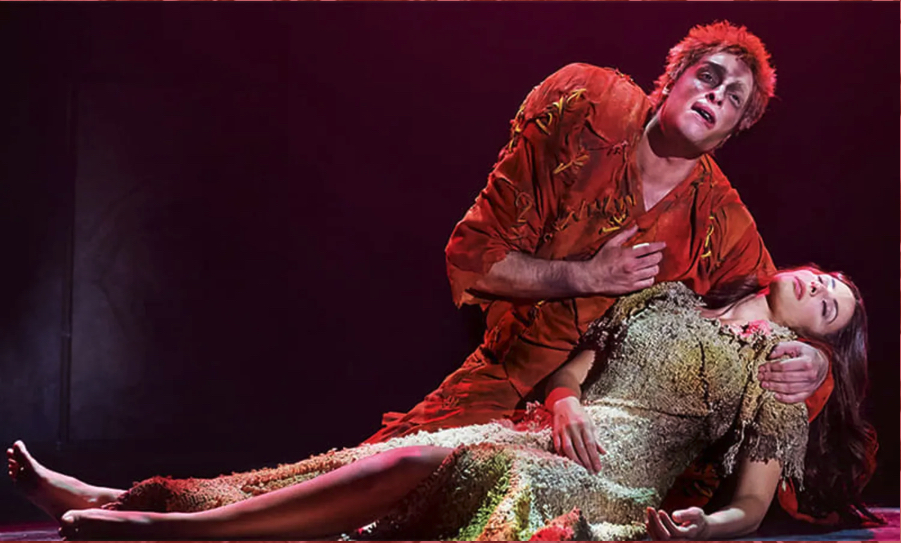 Once the Bastille Day festivities have come to a close, however, French cultural events continue. Back in New York, a long-awaited French theatrical event arrives at Lincoln Center on July 13. The global hit musical Notre Dame de Paris will run for just seven performances this month, having so far entertained audiences in 23 countries. Written by the French-Canadian musician Luc Plamondon and faithful to Victor Hugo’s novel, the musical dramatizes the classic story of the hunchbacked bell-ringer Quasimodo and his doomed passion for the beautiful Esmerelda (above). Against a backdrop of the Notre Dame cathedral, the production promises high drama and acrobatic choreography. Performed in French with English supertitles. At the David H. Koch Theater, July 13–24.