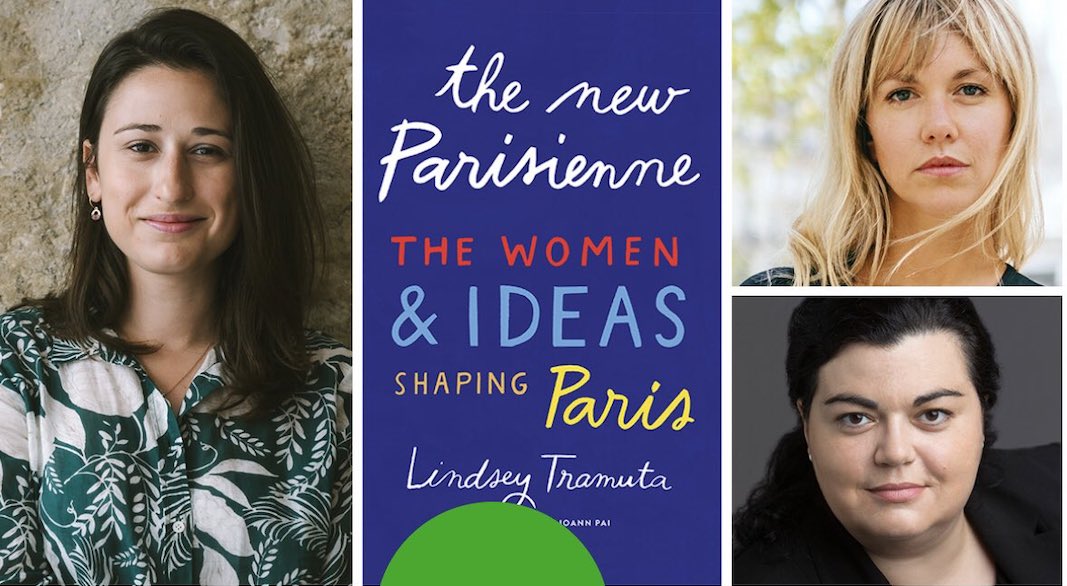 Find Out How Parisians Really Live in “The New Paris” Podcast

Lindsey Tramuta, travel and culture writer, and purveyor of all things Paris, offers a closer look at the people, places and ideas that are changing the French capital in her podcast “The New Paris.” She released a best-selling book of the same name in 2017, and continues to dissect social issues concerning the city today. Her most up-to-date episodes focus on women as a nod to her most recent book, “The New Parisienne: The Women & Ideas Shaping Paris.”

The city’s traditional reputation is often confused for stagnation, but the social issues that define Paris are constantly changing. What is the “new” Paris for contemporary activists, creators, disruptors, storytellers, tastemakers, and visionaries? Totaling 65 episodes, and counting, each clip is a slice of Paris often unknown outside of the city, and oftentimes even within the city itself.

In season 1, Tramuta was joined by co-host Alice Cavanagh, a fashion journalist and author. Over the course of season 2, the writer took it upon herself to discover the most interesting people in the city. She engages in conversation about current news – like the Notre Dame fire, which she covered with France24 journalist Charli James, or the future of business in Paris post COVID-19 – as well as lifestyle topics from food, to craft beer, to the exploits of a traveling eco-kitchen.

The author’s latest book launched smack in the middle of the pandemic when Paris was going through yet another feminist upheaval – perfect timing, considering the content of the book. Tramuta considers herself a Parisian, but one if the ideas that she has strongly clung to throughout her 15 years living in Paris is that the glamorous idea of a parisienne is outdated. Red lipstick and striped shirts don’t mean as much anymore. While the book introduces the reader to the parisiennes who are immigrants, gay, trans, disabled – all those making tidal changes in Paris today – in the podcast, we get to actually speak to them.

Discussing the Parisienne, myth making and my new book book for the German station @dwnews, including thoughts from the incredible @rokhayadiallo ! #thenewparisienne #parisienne 📸 IGTV cover pic by @charissa_fay 💕

And the podcast doesn’t leave out women like Cathleen Clarity (chef, cookbook author, and culinary teacher), Sanaë Lemoine (author of “The Margot Affair”), and Ashley Donahey (founder of Two Worlds Whiskey), many of whom are expats, living and succeeding in Paris. It is not a city for those only born within the 20 arrondissements anymore.

🎙What’s behind the sustained success of @holybellycafe? Listen to the latest episode of #TheNewParis podcast (link in bio) to find out! We talk about breakfast, operating a business in France (😤), a few controversies, and the lines out their door that just won’t quit. Listen and subscribe wherever you stream your shows! 🙏🏼🥞🍳🙏🏼 . #thenewparis #sliceofparis #holybelly #parispodcast #parisrestaurant #cafelife

The podcast was launched in 2017, and since then well-known Parisians including David Leibovitz, Rebekah Peppler, and Lauren Collins have made an appearance to discuss food, design, dating and romance, and more. The podcast covers the many facets of France and provokes engaging conversation beyond the episode. Tramuta is a fantastic storyteller with the ability to remove herself from the picture and focus on the broader picture. Suitable for new Parisians and those living abroad, “The New Paris” podcast is a refreshing look at the the city, outside of news headlines and old stereotypes.