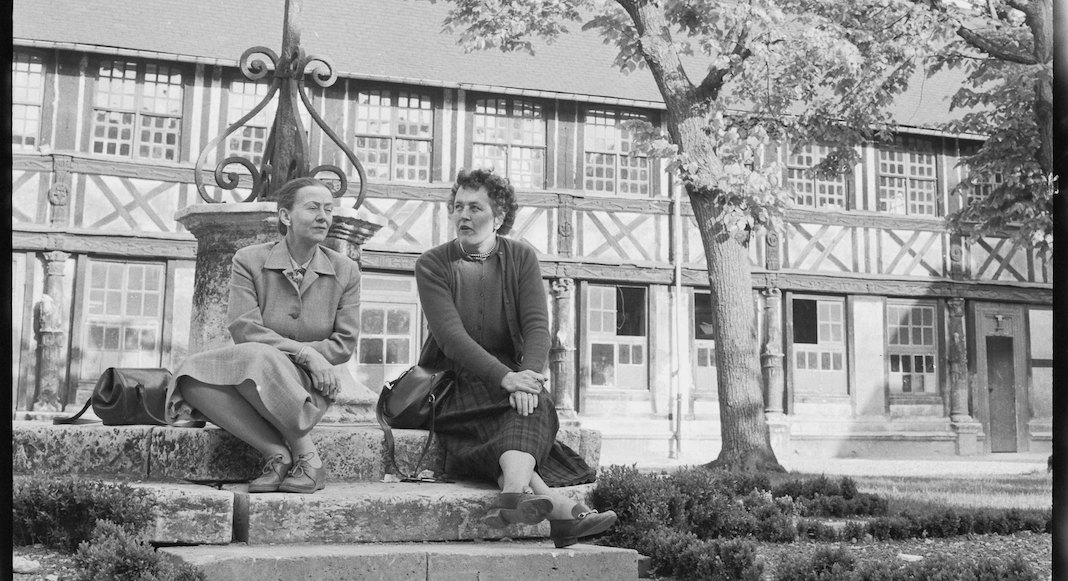 Famous Expats Who Made France Their Home

“Every man has two countries, his own, and France,” is a quote often mistakenly attributed to Thomas Jefferson, America’s second Ambassador to France. (It was writer Henri de Bornier who actually said it.) But in the case of these well-known expats, they’ll just take France.

The author of Giovanni’s Room and Go Tell It On The Mountain repatriated to France at 24 to escape the racism and homophobia he faced in America.

“The days when we walked through Les Halles singing, loving every inch of France and loving each other … the jam sessions in Pigalle, and our stories about the whores there … the nights spent smoking hashish in the Arab cafes … the morning which found us telling dirty stories, true stories, sad and earnest stories, in grey workingmen’s cafes.”

The American chef and TV personality made her fame by writing Mastering the Art of French Cooking, a comprehensive guide for amateur cooks. She spent much of her life in France, and owned a small cottage called La Pitchoune in Provence.

“In France, cooking is a serious art form and a national sport.”

This Jazz Age icon moved from her native U.S. to France and became one of the most famous dancers and performers in Europe, and even aided the French Resistance as a secret agent during World War II.

“I wanted to get far away from those who believed in cruelty, so then I went to France, a land of true freedom, democracy, equality and fraternity.”

This Lost Generation journalist and novelist spent many years in Paris with his first wife, Hadley, epitomizing the demimondaine lifestyle of expat artists and writers of the time. (Want to visit Paris like Hemingway? Read our guide to Hemingway’s Paris.)

“If you are lucky enough to have lived in Paris as a young man, then wherever you go for the rest of your life, it stays with you, for Paris is a moveable feast.”

The Irish poet, playwright, and novelist, known for his razor-sharp wit, moved to Paris at the end of his short life to avoid persecution for his taste for men, then a crime in Great Britain.

“When good Americans die, they go to Paris.”

One of America’s Founding Fathers, Ben Franklin spent nine years in the Passy suburb of Paris as the U.S.’s Ambassador to France, during which time he negotiated the Treaty of Paris. His time there influenced him culturally and politically, and helped shape the United States as we know it today, in particular the city of Philadelphia.

“Franklin was temperamentally suited for France. The streak of irreverence that ran through his entire life found a congenial reception in Paris, as did his love of laughter and desire to amuse. He did not shock the French, nor did his interest in women, which was considered perfectly normal.” – Biographer Claude-Anne Lopez

For a more contemporary example, this American actor began dating French supermodel Vanessa Paradis in 1998, and the couple gave birth to French-American actress and model Lily-Rose Depp in 1999. Depp spends the majority of his time not in LA, but in France, either in the apartment he owns in Paris or his villa in the South of France, which was listed in 2016 at $63 million.

“France, and the whole of Europe have a great culture and an amazing history. Most important thing though is that people there know how to live! In America they’ve forgotten all about it.”