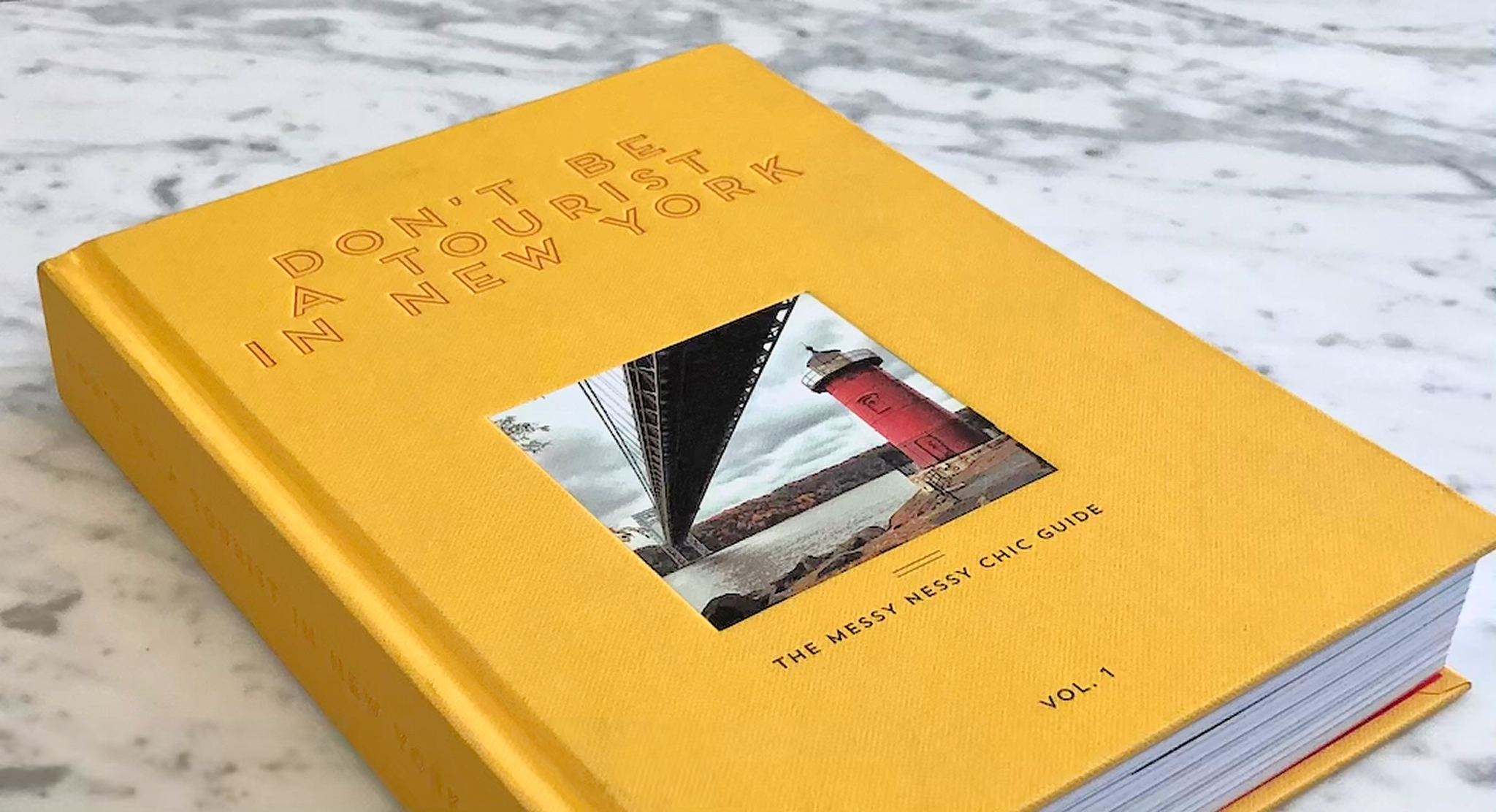 An official Messy Nessy Chic Guide, Grall and a team of writers descended upon New York to go “down the rabbit hole” as she did in Paris. Nearly 400 pages bound in a burnt yellow cover detail where to go in New York to avoid tourists and explore an unvarnished city.

Locations are organized by theme like romance, “hipster” locations, New York like the movies, and cultural exploration.

Though the book is not about Paris or exclusively about the French things to do in New York, Francophiles cracking open the hard cover will find something familiar on the pages. The locations that appear in the DBT New York book are similar to the ones in Paris (and more broadly in Europe) that Messy Nessy Chic promotes on the website and in Grall’s first book: adorable storefronts, hidden restaurants, invisible treasure troves, flea markets, friendly small business owners, quiet gardens, anything Belle Epoque. There might not be French speakers or French food in those spaces, but the feeling of being a part of something local, unique and with its own history holds up just as well.

There are, of course, a smattering of French things like the Paris Theatre Cinema, Albertine, and Café Select, a Swiss chalet that serves up raclette.

For Francophiles who love Messy Nessy Chic and Grall’s work, “Don’t Be a Tourist in New York” is a great reminder that the feeling you get when you step onto the streets of Paris with fresh eyes and an explorer’s attitude — in hopes of finding the perfect side street stroll, a unique space that isn’t open to tourists, a green café for a cozy lunch, a cabinet of curiosities, an evening in a bar or restaurant that feels more like a family reunion than a group of strangers assembled in a room together, a unique experience you didn’t know it was possible to participate in — isn’t a feeling that’s unique to Paris. “New York, too, is a city for the Baudelairian urban spectator,” writes Grall. “If it’s inspiration you seek, there’s no shortage of havens for the idle bohemian.”

A new edition of “Don’t Be a Tourist in Paris” will be published this fall. Closed locations will be removed, information will be updated, and there will be nearly double the number of listed locations. Keep up with the MNC Instagram and website for more information.