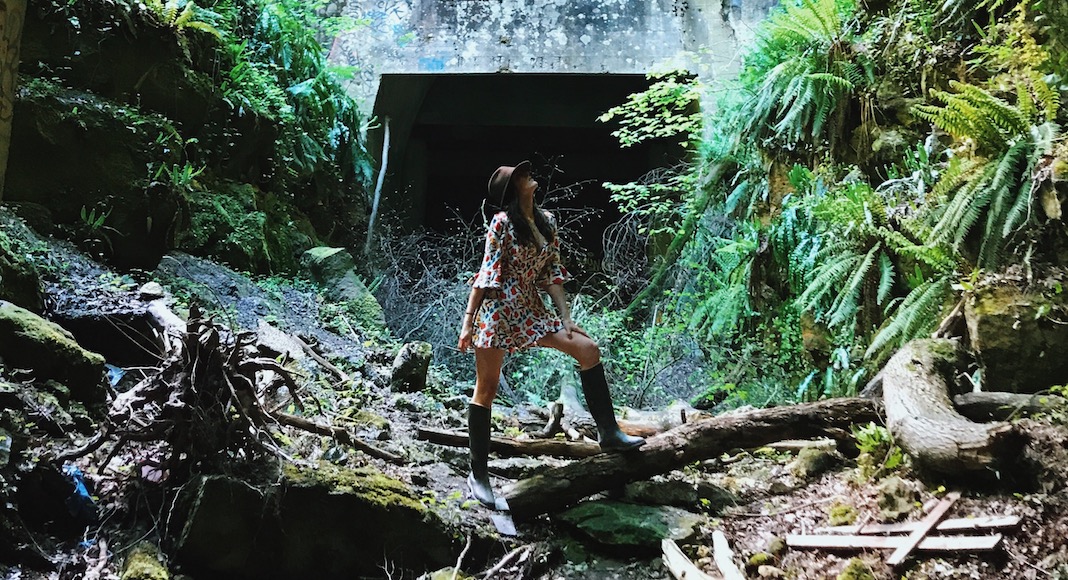 Vanessa Grall is averse to stereotypes. She’s averse to the tourist stereotype, Paris stereotypes, and the manic-pixie-dreamgirl-moves-to-Paris stereotype. “I was never a girl who dreamed of moving to Paris,” she tells a crowd at the New York Times Travel Show where she’s speaking about Don’t Be a Tourist in Paris, her recently published book born from the travel-and-nostalgia website, MessyNessyChic, of which Grall is “founder, editor, and janitor.”

Her presentation at the Times Travel Show was a vocal testament to the benefits of avoiding stereotypes. “There’s more to Paris than the bloody Eiffel Tower and pink macarons,” Grall quipped, before providing the audience with alternative travel suggestions. Her attitude toward the tourism-establishment of the city is practically defiant; she told the audience that Michelin stars are “almost an indication that I don’t want to go.” With her final advice disseminated—“be endlessly curious, and don’t be a tourist”—her audience flocked to the bookstore. One hour later, all but three copies of her book had been sold.

Before she moved south of the Channel, Grall had not been interested in Paris at all. In fact, her parents had to talk her into it. “I was a bit of a brat before I arrived in Paris, a little bit materialistic,” she said in an interview with Frenchly. But shortly after arriving, things changed for the British expat: “It was really quick, within the first week, I was like, ‘okay, why did I hate Paris so much?’” She began exploring the underbelly of the city, tapping on digicodes to enter seemingly-private courtyards, exploring abandoned chateaux, and going anywhere but the Louvre, a place she has successfully avoided entering since arriving in Paris seven years ago. “Paris literally changed my personality,” she says. “I just became happy with very little.”

Discovering the authentic city and its underbelly requires avoiding the people who hover on the surface. “I think you’ll get further with the locals if you are not on a bus tour or walking behind someone holding a flag,” Grall explains. “If you blend in you might be able to get into that place tourists are usually sort of shooed away.” Besides the advantages of seeing the authentic city, Grall has another reason for her aversion to hordes of tourists: “I’m quite a hermit so I like to be alone.”

It was navigating Paris that sparked Grall’s fascination with history, a key component of the MessyNessyChic site. “I really tapped into something that I was kind of lacking in life,” she says of her discovered passion. “You can’t avoid being interested in history, living in Paris.” And though many European cities have long, intricate histories, Grall believes the nostalgic appeal of history is specific (and important) to Paris. “Paris is an old place and people actually live in the oldness,” she argues. “It’s still a little bit old world. And people are okay with that. It doesn’t really function very quickly, it’s a slower pace of life, and that allows for creativity.” ­­The creative nature of Paris works in Grall’s favor. “I have this thing where I like to make up stories about every single thing in life, wherever I am,” she says. And in Paris, “you can live your own movie at any street corner.”

While flâneur-ing her way through Paris, seeking out the places away from the hordes, she found hole-in-the-wall stores, hidden restaurants, and forgotten greenspaces. These singular gems were assembled into the “bible to Paris unknown” that is her book. Though, writing about little-known places does have its drawbacks. “A lot of places, even before I was publishing my book, I had to take out because they were closing down,” Grall recounted. Because of this, she has no qualms sharing her secrets. “I think a lot of the places I write about need people to go, otherwise they’re going to end up closing down. I think it’s important to keep little known oddities-type places alive and share them,” insists Grall. “Not that many people in the world are curious. We are a minority, and if we’re not going, these places will die.”

Paris has become her home, but she doesn’t see herself staying still. For her ideal next destination? “I love the weirdness of America. And California is very weird. I think the South is very weird. I’m fascinated by it.” The introvert understandably has mixed feelings about New York City. Everyone seems to always be swimming upstream, and yet “I’m almost scared if I did a month here, I would never leave,” admits Grall. “New York just has so much history and so many hidden things that it does feel like another jewel box to me in the way that Paris is.”

The east coast may be out of luck, but Grall’s got an eye on the West Coast. “LA, I mean, it’s a dream. Maybe I could do six months, maybe skip the Parisian winter, just one time to try it out,” she says. Regardless of whether LA is her next adventure, Grall definitely has more travels ahead. “The great thing about my job is that I can do it from anywhere.”