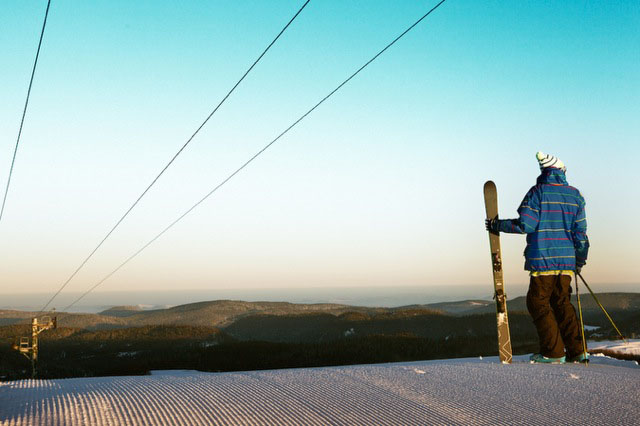 It’s no secret that in the weeks leading up to Christmas, Strasbourg, Colmar, and neighboring villages become a tourist tourbillon of lights, mulled wine, gingerbread, and copious amounts of sausage and sauerkraut. But the period following the New Year when locals regain control of their hometowns is no less magical. For an authentic experience in Alsace, February is one of the best months to head out into the cold and see what lies beyond the Weihnachtsgebäck.

Strasbourg sans tourists is everything you can ask of a weekend escapade. For one thing, from Paris, it’s a short two-hour train ride on one of Europe’s fastest trains. Hop on at central Gare de l’Est, and get off right in the heart of the Strasbourg. With no crowds or Christmas shopping,  visitors have the leisure of staying that extra half hour after a meal to simply digest and enjoy the moment, or stroll around town without the pressure to uncover the perfect souvenir.

So where should you stay? When visiting Strasbourg, it can be tempting to go the traditional route and room in a heritage home with apparent wooden framework, hoping to wake up to the comforting smell of cinnamon and cloves wafting up towards the bedroom. But since you can surely get as much of that as you want during the day, why not head over to a slightly more modern option to spend the night?

Recently opened, Les Haras is a hotel designed within what used to be a national military equestrian center, so beautifully manicured grounds and historical architecture are part of the package. Rooms are simple yet comfortable, with discreet luxe nods to the space’s well-bred past: caramel-colored leather headboards and saddle-shaped details can be found throughout. One of the real draws of staying at Les Haras is the restaurant right next door: Brasserie Les Haras recently took home the top honor of best restaurant design in the world. A majestic winding staircase wows, while well-executed bistro fare warms you up after a day of sightseeing.

Speaking of sightseeing, Strasbourg is a city where the classics don’t disappoint. The Petite France neighborhood is exactly what the guidebooks say it is: picture-perfect gingerbread houses, winding streets, and romantic views of the canal. In December, the Strasbourg Cathedral is the beacon around which the Christmas market revolves and spending time there can become an overwhelming affair – not so in the post-Christmas winter lull. Taking the time to explore everything it has to offer is worth it, especially for those who enjoy large-scale technological feats (who doesn’t?). The Cathedral’s nineteenth-century astronomical clock is just that: an impressively large clock with a perpetual calendar, planetary dial, sun and moonphase all in one; it’s a true watch lover’s dream that will get kids excited, too.

Taking advantage of the slower pace also means taking the time to drive outside of the city limits and experience all that Alsace has to offer, from wine to storybook forests. Before stepping out of town, join the locals for breakfast at famed institution Christian. Get a last glimpse of the Cathedral as you bite into kugelhopf cake — pillow-soft yeasty sweet bread with raisins — and gear up for a snowy outing.

Alsace has its fair share of historical villages that were spared by the bombings of World War II, resulting in some of the oldest architecture in Northeastern France. Riquewihr is a good stop for a half-day of wine tasting in a picturesque setting. The village has 16th century houses, hilly vineyard vistas, and renowned winemakers. Stop at Hugel et Fils, one of the most famous, for a thorough tasting session of Pinot Gris and Riesling of varied vintages – and a wide selection of cases for sale if you’re in a shopping mood.

And just because it’s not Christmas doesn’t mean you shouldn’t indulge it at least a few bites of local spiced sweet treats. Alsatian bredele, small spiced cookies, are ubiquitous throughout the various villages, Riquewihr included. The Maison Alsacienne de Biscuiterie has a monopoly of sorts, with shops scattered around the region, and has a vast array of delicate bredele to munch on as you visit, or to take home as a gift. An unusual and surprising choice is the geranium cookie with a melt-in-your-mouth texture and a floral flavor that’s anything but cloying. It may not be the first taste of Alsace that comes to mind, but return in the summer and look at the red geraniums on every single windowsill to understand.

Now that culture and food are off the checklist, it’s worth taking the time to dive into a part of Eastern France that’s often left to the locals: the ski slopes. Expert skiers and those seeking luxury tend to head south to the Alps, but that doesn’t mean you won’t find a healthy dose of enjoyment at a lower altitude. When the snow decides to show up – not a given even in February, making weather checks a must before the drive out – locals pile into their cars, children, sleds, and skis in tow, and make their way towards the Vosges mountains. The most popular ski resort, also the most varied in terms of slope levels, is La Bresse-Hohneck. There may not be any breathtaking views thousands of meters high, but you will have the opportunity to ski among beautiful, bushy pines, unhindered by the crowds.

If black diamond slopes aren’t your thing, head a tiny bit further West to under-the-radar La Schlucht. Two slopes, all to yourself, are what you’re most likely to experience if you have the opportunity of going on a weekday. On weekends, expect to be joined by freestyle snowboarders training on the half-pipe or skiers looking to take it easy for the day.

Whatever your pick, a hearty and traditional Vosges meal of Munster cheese, potato galettes, and smoked cured meats is never too far. The repas marcaire, as it is called, has been a staple of forest workers for generations.

As you head back home through the wintergreen beauty of the Vosges pine trees, wine, cookies, and memories in your trunk, rejoice that you had a winter wonderland all to yourself. Leave the Christmas craziness to others: February has the real winter spirit.