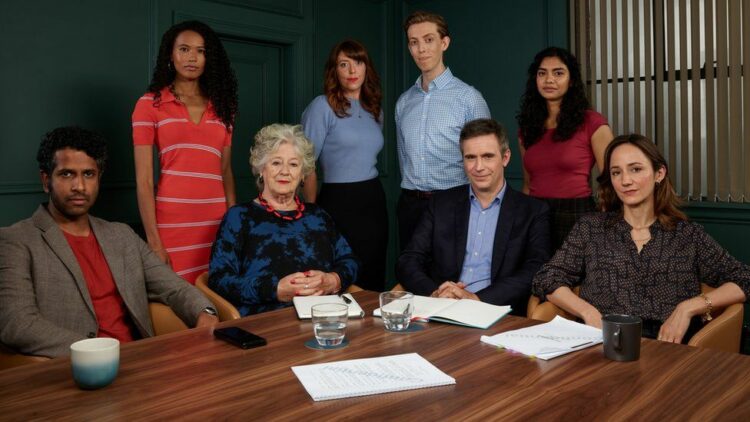 Can The British Remake of ‘Call My Agent!’ Live up to the Original?

In 2016, Netflix took a bet on an unconventional show when it started streaming Call My Agent!, a French comedy-drama that premiered on France 2 the year before. The show centers around the agents at a Parisian talent agency, and their hard-to-handle clientele, and is titled Dix Pour Cent in French (referring to the agents’ ten percent commission). It was a slow burn, becoming, during the pandemic, a cult favorite and growing into one of Netflix’s biggest international successes over the course of four seasons. The show owes its popularity to smart and funny writing, excellent performances (particularly from breakout star Camille Cottin), and a rotation of cameos from some of France’s biggest movie stars, playing exaggerated versions of themselves as the clients of the fictional agency ASK.

While the show was originally set to close on its fourth season in 2021, its popularity prompted producers to add a fifth season and a movie. It has also spawned spinoffs in India, Turkey, and South Korea. But most notable is the new British remake, which dropped its first two episodes this past weekend, available on Amazon U.K. in Britain, and Sundance Now or AMC+ in the US. (Both services offer a free 7-day trial; eventually you will be able to binge for free on Amazon Prime.)

The British version, titled Ten Percent, sticks close to the original, borrowing characters, plotlines, and jokes, with a British twist. Set in London instead of Paris, the show follows the agents at Nightingale Hart as they attempt to coddle and control their high profile clients. In the first two episodes, this involves marvelous cameos from stars Kelly Macdonald, Helena Bonham Carter, and Olivia Williams.

Each of the agents at Nightingale Hart is an avatar for their counterparts at ASK, and together they make up an oft-squabbling showbiz family of sorts. Camille Cottin’s Andréa Martel, a queer, hotheaded, takes-no-BS senior agent and fan favorite, is subbed in for Lydia Leonard’s Rebecca Hart. Between the physical resemblance and the identical character portrayal, it’s clear that Ten Percent’s producers were aiming to recreate Cottin’s success by sticking as closely to the original formula as possible. Though Leonard gives a great performance, she lacks some of the swagger and sex appeal of Cottin, and it might have served the show better to head in a completely different direction with this iconic character, instead of attempting to replace her with a doppelganger.

Rebecca’s rival is the stoic, scheming Jonathan Nightingale (played by Jack Davenport), a stand-in for Thibault de Montalembert’s Mathias Barneville. (In a bit of an in-joke, one of the agent’s dogs in the remake is named Mathias.) In the original show, Andréa and Mathias act like competitive siblings, vying for control of the company after the death of its founder. But this dynamic is shifted somewhat in the remake, as the company’s founder, Richard Nightingale (played marvelously by Jim Broadbent), is the actual father of the Jonathan/Mathias character. Richard dies at the end of the pilot, as in the original show, leaving his agency in questionable financial circumstances, and with no clear successor.

Davenport’s casting is another confusing choice, and he appears to be trying hard not to lean into the prettyboy nepotism the role offers. He is stripped of the smugness that makes Mathias’s character so much fun to hate, and is characterized more by grief than cunning in these early episodes, in the wake of his father’s death. As in the original, his character’s life is complicated by the appearance of his illegitimate daughter, who goes behind his back to get a job at his agency. But the casting of the daughter, Misha, with the South Asian Scottish actress Hiftu Quasem, creates an interesting disruption in the multi-generational storyline. Now, instead of being the story of a rich white man leaving his company in the hands of his rich white son, the film industry’s new generation, diverse and female, can be seen sprouting from the ashes.

Plot-wise, Ten Percent is close to being a shot-by-shot remake of Call My Agent!, with the stories reworked for the British stars they feature. In the pilot, Kelly Macdonald is deemed too old for a role in an American movie, and is given the option to get plastic surgery or lose the role. (Cécile de France has the same storyline in the original pilot.) In the second episode, drama breaks out when Helena Bonham Carter and Olivia Williams, both clients of the agency, are accidentally offered the same role. It’s the same story as the second episode of the original show, in which the same thing happens to Françoise Fabian and Line Renaud. Crucially, the superstar guest appearances in the British version are less outsized and ridiculous than in the French version. In the original, the underlying premise is that the agents get into goofy shenanigans because they are forced to bend over backwards to accommodate the whims and egos of their clients. In the remake, however, the clients are more reasonable, and so the agents appear more outrageous, and less sympathetic. It’s worth wondering if Macdonald, Williams, and Bonham Carter saw the original and decided they didn’t want to cave to the self-mocking spirit of Call My Agent!

The references to famous British actors might make the show more accessible to British and American audiences, who might not have been familiar enough with French cinema to catch every joke in the original. There are some great gags, like when Rebecca’s assistant accidentally sends Phoebe Waller-Bridge a cake meant for Dame Maggie Smith, while Maggie receives Phoebe’s intended present of designer nipple pasties.

It will be interesting to see if Ten Percent finds a way to diverge and evolve from the original source material, but in its early days the show appears to be sticking to the script. It says something that Netflix declined to purchase and stream the show, hence its somewhat niche appearance on Sundance Now and AMC+. Future guest stars include Himesh Patel, Emma Corrin, Phoebe Dynevor, Dominic West, and David Oyelowo. So stick around for the cameos if you like, but expect a hefty dose of déjà vu.