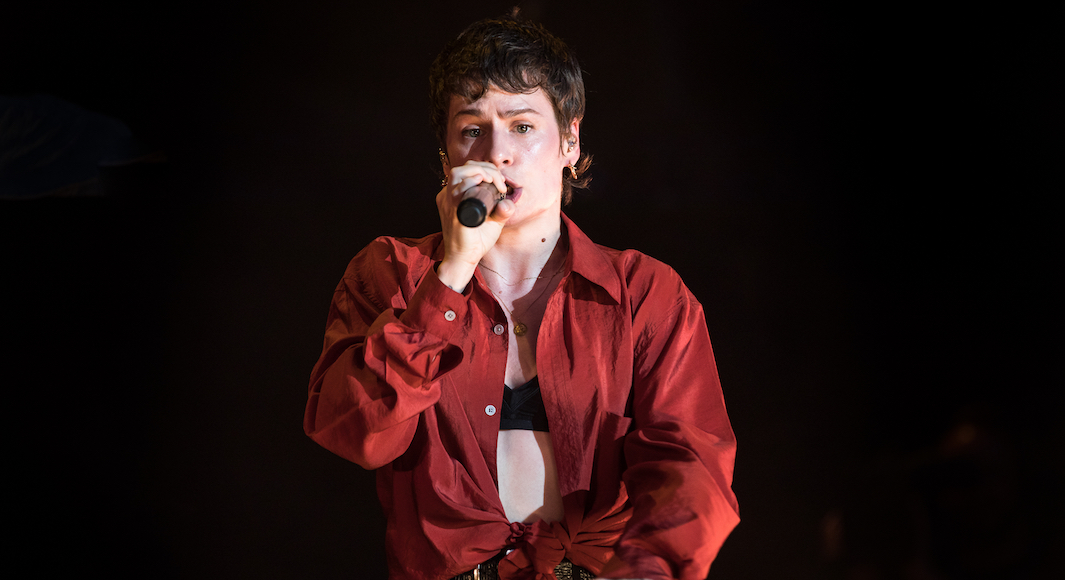 As many enter a sixth or seventh week of quarantine, creatives have begun to get restless. Lockdowns as a result of COVID-19 have effectively killed an entire season of concerts, with artists cancelling tours left and right, and festivals like Coachella and SXSW left with uncertain futures.

But, as is always the case in strange times, art finds a way. See how French performers are using Instagram as a platform to flex their creative muscles, raise money for charity, or even just share a moment of levity with their fans.

As a joke, L’Impératrice decided to do a special version of their song, “Vacances,” dubbed, “Vacances confinées.” Featuring a bathtub bass, some pot rack percussion, and, inexplicably, a guitarist with pool noodles shoved into the back of his shirt, this mellow jam might not take you from “Paris to Mexico,” but it will make you want to take an early-season dip in the pool.

This “spooky” lo-fi version of “Ne m’appelle pas” was shot by Matt Charland at the Quebec home of Béatrice Martin, aka Coeur De Pirate. This acoustic piano version is a soulful take on the Montréalaise singer’s 2019 single, an upbeat dance tune with an irresistible hook.

French singer and accordion player Claudio Capéo gave new life to the “quarantune” in this sweet video dedicated to his Italian mother. The song, “C’est une chanson,” is sung in French and Italian, and inspired by the lullabies of Capéo’s childhood.

French acoustic duo Les Frangines are giving off just the kind of mellow, heartwarming at-home vibes we need right now. This version of their song “On aimerai,” off their 2019 self-titled album, brought members of the band together remotely for a waltz and a message of hope, as the “sisters” announced the postponement of their summer tour.

Isaac Delusion has been posting videos pretty much nonstop since quarantine began, many of them featuring the French singer playing to a field full of cows on whatever countryside farm he appears to be hiding out in. This performance of “Desert Song,” an old tune off Isaac Delusion’s first EP, shows the acoustic side of the folktronica performer.

6. Christine and the Queens

The reigning “Queen” of French pop has been using a series of cover songs to showcase not only her performance chops (how does she have so much stage presence without a stage in sight?), but also her vast collection of incredibly chic pantsuits. This rendition of Neil Young’s “Heart of Gold” is inspiring, as is Chris’s minimalist Parisian home studio. Don’t forget to check out her performance at the Global Citizen One World: Together At Home concert, where she sang her hit single, “People I’ve Been Sad.”

Christine and the Queens wasn’t the only Francophone artist who performed at Lady Gaga’s curated One World digital concert. Belgian singer Angèle also made an appearance, from the tomb in which she seems to have been buried alive with every keyboard in Belgium. Her song, “Balance ton quoi,” is a play off #balancetonporc, the French equivalent of the #metoo movement.

Franco-Lebanese trumpet player Ibrahim Maalouf makes jazz music with heavy Arab influences, creating something unlike anything you’ve ever heard, even if, somehow, it sounds familiar. Instead of performing, he has chosen to use Instagram as a platform to teach, like with this piano composition tutorial, prompting people everywhere to take up music as a quarantine hobby.

French pop group Therapie TAXI decided to take an innovative approach with their quarantine video by soliciting homemade fan videos and cutting them together to create a music video for their song “Naïve.” The video shows clips of fans lip syncing to the song while showing how they eke little moments of joy out of confinement.