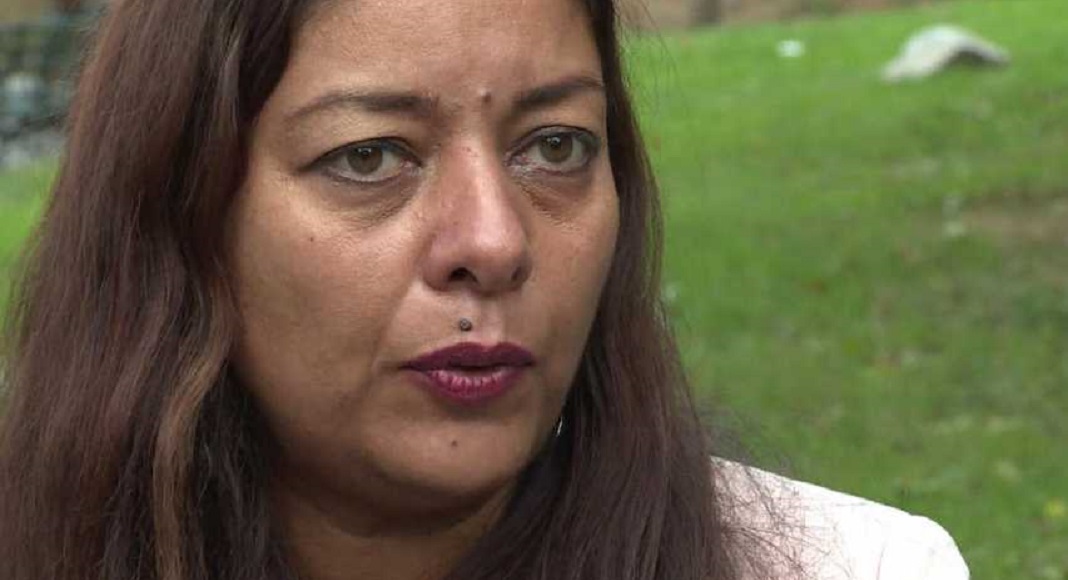 “Since Friday it hasn’t stopped. The phone ringing, the messages, the interview requests. I don’t sleep anymore…” Sandra Muller was far from imagining that her tweet would ignite a firestorm of responses from the French.

A French journalist in New York for the past four years, running La Lettre de l’Audiovisuel, Muller was deeply shocked by the Weinstein affair and the testimonies of the assaulted actresses. “There was this headline in Le Parisien where someone said, ‘in Cannes, everyone knew,’ it disgusted me.” A few hours later, when one of her friends told her on the phone that she’d been assaulted at work, Muller decided to call out to others on Twitter. On Friday, October 13, Muller sent a tweet: “#balancetonporc. tell us about a sexual harassment you experienced in your job, giving the name and details. I’m waiting for you.”

#Balancetonporc. Expose your pig. Name the man who acted like a pig — groping, harassing, assaulting.

In New York, it was 8am. But in France, the media were in editorial conferences and Muller’s tweet displayed on the phones of media members and her counterparts in France. In two days, more than 160,000 tweets told stories of sexual assault or harassment in testimonial tweets. On France Inter, France Télévisions, and in the written press, women journalists began breaking the unspoken code of silence. “We think it’s a cool environment, but that’s far from the case,” explains Muller, who also called out her own harasser: a former head of France2 and former president of Equidia who told her at the Cannes Film Festival, “You have big breasts. You’re my type of woman. I’ll make you come all night long.”

After the journalists reported their own stories, #balancetonporc was picked up by women from other sectors, whether they worked in banking, sales, catering or public service. “I’m glad because it has allowed many women to report what they’ve been through. It broke the code of silence.”

“#Balancetonporc is a somewhat vulgar, shocking phrase,” Muller admits, assuming full responsibility. “The fact is these are people who have no respect for anything or anyone.” While many women have felt liberated talking about their attacks on twitter, criticism has been rampant, denouncing the denunciation. “I think it’s a fake trial,” Muller defends, “Twitter is not a court of law, but it is a tool that can be used to reveal things. We’re talking about denouncing assaults. Criticizing the women who dare to speak out is once again making them feel guilty and making the perpetrators look like victims. I don’t think there are really any cases of personal vengeance.”

Muller, overwhelmed by the scale of the movement, is trying to respond to those who send her messages and testimonies. “It’s hard to handle when someone tells you about a rape or assault, I look for ways to help them, organizations to refer them to. Among the testimonies she received, Sandra Muller mentioned that of a man, assaulted by a woman, a senior civil servant.

Other hashtags have appeared on the web, most notably in the U.S. #metoo, and in France #moiaussi, which also point out the “daily harassment” that women are subjected to: wandering hands, rubbing in the subway, catcalls, suggestive comments, etc.

In New York City, Muller has a smile on her face. First lady Brigitte Macron followed the tweet’s media storm by welcoming it. “Freedom to speak about it is the best thing that could happen. Those speaking out are very brave, and I really encourage them to break the silence, it’s great. There’s really something going on here.”