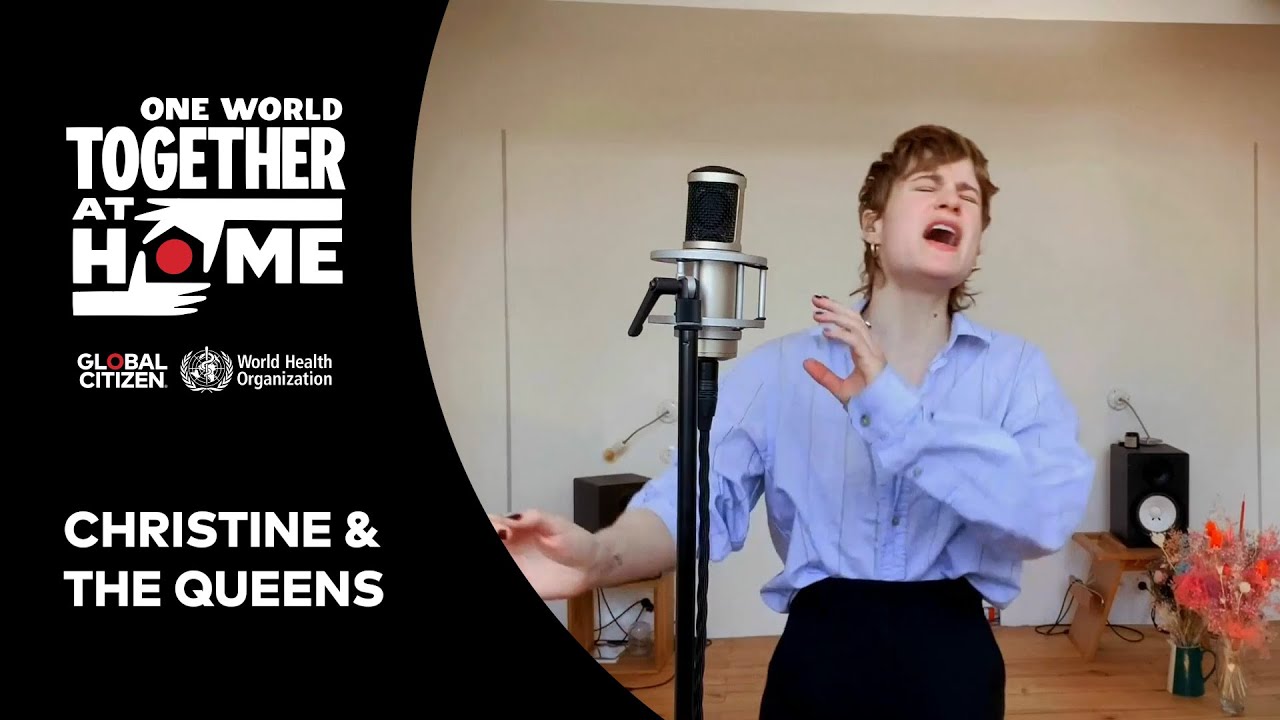 On Saturday, April 18, artists from around the world called in from home to perform for the One World: Together At Home concert. The show was a fundraiser organized by Global Citizen in support of the World Health Organization, designed to raise money for the WHO’s fight against the COVID-19 pandemic. Lady Gaga curated the event, and the show was hosted by the kings of late night, Jimmy Kimmel, Jimmy Fallon, and Stephen Colbert. A celebration of medical workers and others on the front lines of the crisis, it was a moving and star-studded event, and $128 million was raised.

The official show, which began at 8:00PM EST, featured acts like the Rolling Stones, Beyoncé, and Taylor Swift, but the pre-show that ran all of Saturday afternoon was a more casual affair, with dozens of musicians popping in for a song or two. One of them was French popstar Christine and the Queens, who sang to a track from her home in Paris. She performed her single “People, I’ve Been Sad” from the EP “La vita nuova,” which was released in February of this year. Normally, Chris would be on tour, but she has had to settle for a series of nightly livestreams on her Instagram, starting at 10:00PM GMT every night. She has also been posting chapters from a behind-the-scenes documentary on the filming of the “La vita nuova” music video. Episodes one and two are on YouTube now.

While many of the One World performers sang relevant tunes (such as Billie Joe Armstrong’s glib performance of “Wake Me Up When September Ends”), Chris’s song in particular struck a chord. Written in both French and English, the song details the frustrations of isolation with a volatile prescience. “If you disappear/Then I’m disappearing too/You know the feeling… If you fall apart/Then I’m falling behind you,” goes the chorus.

Chris makes a point to mention at the beginning that she’s singing the song “in the past tense,” implying a cheeky hopefulness, and allowing viewers to admit their own sadness while looking towards brighter futures.

The video closes with a speech encouraging viewers to touch base with loved ones. “It’s really strange, it’s all about screens now, and no human contact, and I know it can be draining emotionally… I know it’s hard, and don’t hesitate to reach out to people virtually if you feel down.”

Many people currently feel like they’ve been “missing out,” but if we can connect across time zones and zip codes using technology, then maybe there’s something to be gained from our time alone. At least it means more time to listen to Chris’s new EP.