1 • When the Moulin Rouge opened on October 6, 1889, it was the first Parisian establishment to be lit by electricity. 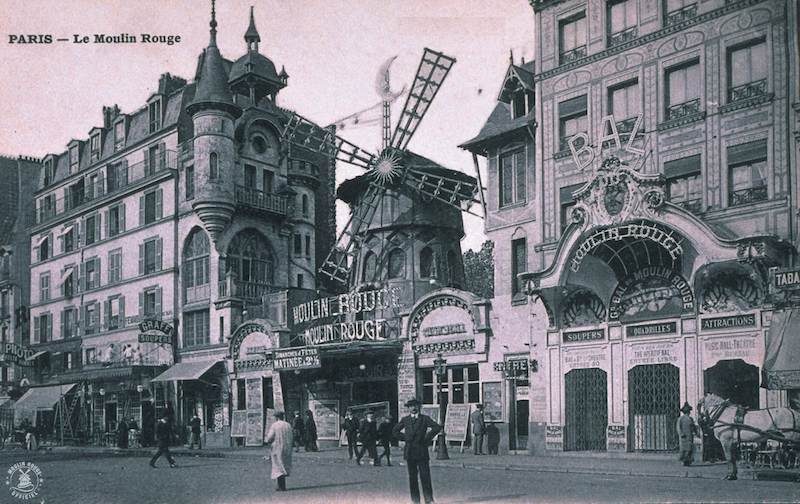 There are two shows per night, 365 days a year. The Moulin Rouge has only closed once in its 129-year history to perform for Her Majesty Queen Elizabeth II in London.

3 • The Moulin Rouge restaurant’s “brigade” is the biggest in France with 120 maître-d’s, headwaiters, and waiters.

4 • The first layout of the Moulin Rouge venue was truly extravagant. 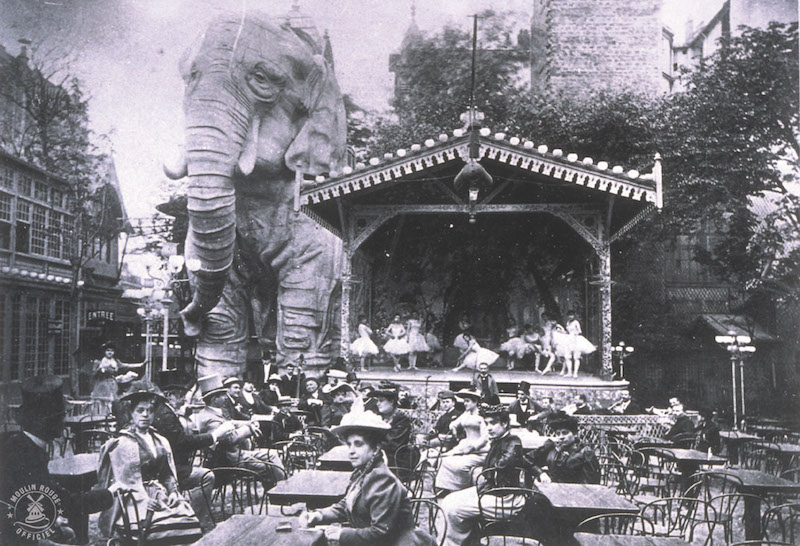 There was a huge dance floor, mirrors everywhere, elegant galleries, and a garden decorated with a big elephant. Ladies could even take donkey rides around the garden!

5 • The Moulin Rouge stage has an aquarium in it that holds over 1,200 gallons of water.

6 • The posters hanging on the Moriss columns in the Moulin Rouge are the original posters of the artists who performed there.

8 • It takes 450 employees working in Moulin Rouge day and night to make the magic of the cabaret happen. There’s always someone there.

9 • The 80 dancers (60 Doriss Girls and 20 Doriss Dancers) of the Moulin Rouge come from 14 different countries.

New Dancers train six days a week for four weeks to learn choreography and master the French cancan before their first performance on stage.

10 • One show has 1,000 costumes handmade with feathers, rhinestones, and sequins in shimmering colors.

11 • Five shoemakers from Maison Clairvoy personalize and create 800 pairs of shoes made from lamb, goat, and calfskin leather for the show “Féerie.”

13 • The Moulin Rouge is the largest consumer of champagne in the world (excluding retail locations) with 240,000 bottles per year consumed.

14 • Last year, Moulin Rouge and its Chef David Le Quellec were the first cabaret to be featured in the famous Gault & Millau restaurant guide.

The guide, which has been recommending restaurants since 1972, listed the Moulin Rouge as one of the not-to-be-missed dining experiences in Paris.