XL Airways bids “adieu” to JFK. The low-cost French airline, which will resume its direct flights from Paris to New York on Saturday, April 6, has plans to take off and land from a new base: Newark-Liberty Airport (New Jersey) starting on June 3.

No worries for passengers who have already booked their seats on the site or via the call centre: the company promises to contact them directly, according to a statement.

As much as New Yorkers (and Brooklynites in particular) may grouse about the move, it’s not unreasonable. Newark is New York’s second largest international airport, and La Compagnie argues that Newark’s closer proximity to Manhattan than JFK and its internal operation — there’s a designated international terminal with automated passport control terminals) — justify its decision. In addition, this change allows the company to merge its operations with La Compagnie, a French business class-only airline with which XL Airways merged in December 2016. “The result is a fully dedicated French-speaking team and improved operational performance at this common base, the group’s main international port of call,” XL Airways said in its press release.

Celebrating the tenth season of its Paris-New York flights in 2018, XL Airways carries 800,000 passengers per year to several destinations in Europe, the United States and Latin America.

The new schedule is as follows: 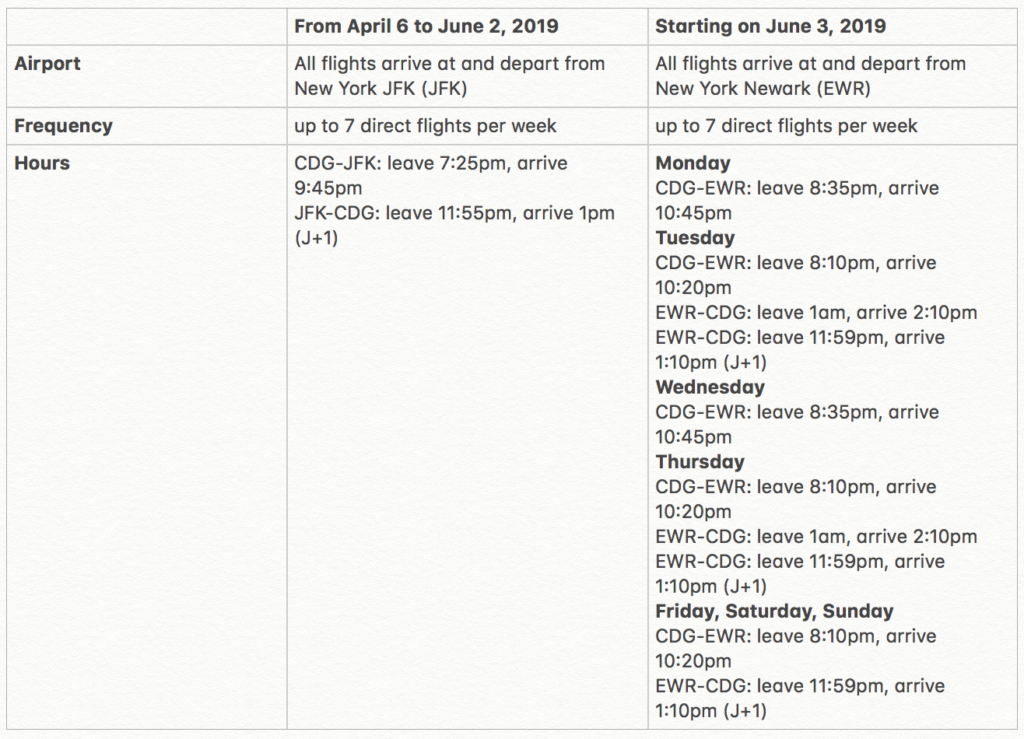