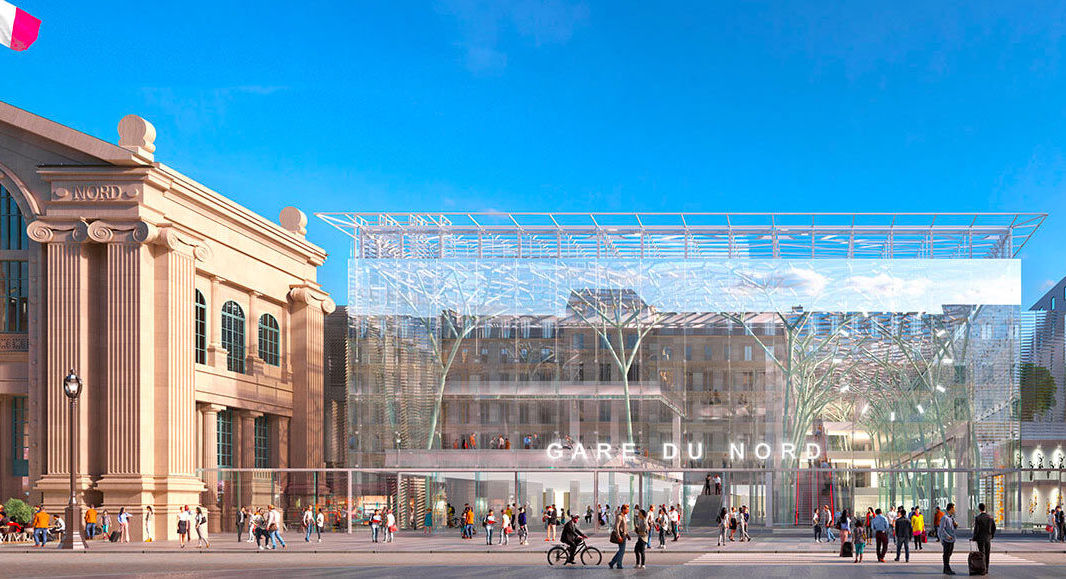 Why the Gare du Nord Redesign Plan is a Good One, According to One of Its Architects

Unsightly, less practical for travelers, transformed into a temple of commerce, with the added risk of not being ready to welcome spectators for the Paris Olympic Games in 2024.

These are the grievances that a group of architects (Jean Nouvel, Dominique Perrault, and more), urban planners and art historians published on September 4 in Le Monde. The design and execution of this vast expansion and renovation project (€600 million for the budget, financed by the Auchan group’s real estate company, Ceetrus, in partnership with SNCF Gares & Connexions) is being realized by Valode & Pistre, winner of the station’s redesign competition. In an exclusive with Le Point, Denis Valode, one of two co-founders of Valode & Pistre, the largest architectural firm in France, responded to the controversy.

Le Point: “Unacceptable, indecent, absurd,” are you surprised by the confrontation of your colleagues about the functional and architectural redesign of the Gare du Nord in Paris?

Denis Valode: Surprised? More or less, rather more troubled by the method of this confrontation. This is a project that seeks to resolve the incompatibility of Gare du Nord and the considerable increase in traffic it’s expecting — 900,000 passengers per day by 2030, compare that to the 500,000 who were using it in 2001 during the last renovation. This is a project that aims to transform a place that’s suffering — I passed through this station every morning and evening for 25 years — into a place that people would enjoy being in. This is a project that won a major competition and, above all, it is a project that is made for people, that has been the subject of public hearings, that has been amended and improved and that is widely supported. According to an Odoxa survey conducted in January 2019, 90% of travelers and Parisians alike approve of the renovation project at Gare du Nord. We get the feeling that there is a disparity between the accusations of the opponents in Le Monde and the op-ed’s purpose. I don’t recognize our project in the comments that are coming out today.

How do you respond to the criticisms against the (too) beautiful area given to new commercial spaces?

First of all, we have to get things right. The projected commercial area at Gare du Nord in relation to the number of passengers is clearly the smallest among the renovated Parisian stations — Austerlitz, Saint-Lazare and Montparnasse. To my knowledge, these have not been the subject of any discussion forum. Basically, the presence of shops is obviously a service and a pleasure for the passengers of the station. But it is clear that, in this project, it is the organization and spatial accompaniment allotted for traffic flow that prevails. The traffic and waiting area is doubled, benches and toilets are installed, the passageways are wide and unobstructed.

These architectural professionals accuse your project of disfiguring the historic station. True or false?

The Gare du Nord, designed by Jacques Ignace Hittorff, is a masterpiece of 19th-century architecture, both a summit of neoclassicism with its stone facade, but also an expression of triumphant technological progress with its nave and its iron, cast iron and glass roof. It is this exceptional heritage that our project aims to restore and enhance. The entrance portico and the interior facade of the central nave have been made unreadable by a succession of transformations, mezzanines, destruction of piles, etc. However, this interior facade is the first impression of Paris for the traveler from London, Brussels, Amsterdam or Frankfurt. It will regain its very nice original authority. The new departure hall created on the east side of the historic station is an opportunity to rediscover and restore this series of arches and lintels. And then there are the passageways that allow access to mainline trains (like today’s Eurostar) just above the tracks, which the criticism is focused on. Designed by SNCF as part of the new functional layout, they have been designed to be as light as possible by multiplying the ribbing. These are simple free passages that cross the river of rails. They are low enough not to alter the perception of the nave and the glass roof. Their design was developed in consultation with the architects of the Historic Monuments and Bâtiments de France, it fits precisely into the railway universe.

According to your opponents, rail transport users will ultimately lose out because of major changes to how traffic flows within the station. What arguments do you have against them?

We must put an end to the fiction that the commercial operator wanted to complicate and lengthen the journey of travelers in order to expand the commercial space. Of course, we would never have been accomplices in such a misappropriation. The reality is that SNCF, through its architecture and engineering subsidiary, Arep, has adopted, after numerous studies, a system for differentiating between arrivals and departures. This was the best way to avoid jams and bottlenecks in the passenger flow and also a way to provide the necessary flow of movement in the face of increasing traffic. This choice was made much earlier, it was the basis for all the projects presented by participants in the design competition. It is therefore a streamlining of traffic flows — and not a complication — that structures the project. The entire station is structured around new major areas. The separation of the departure and arrival levels will integrate naturally into a separation of levels already between the ground floor and the bus terminal. The reorganization and multiplication of elevators and escalators facilitates the connection between the underground station (three RER lines and three metro lines) and the above ground station. This is an essential issue for the vast majority of users.

Will you be ready for the 2024 Paris Olympics?

The project is obviously very complex: its infrastructure interfaces with with train and passenger traffic. This requires a specific, strategic preparation that is being implemented now to avoid disrupting traffic. There is also the superstructure, which is a classic Parisian construction site with all the necessary precautions to avoid nuisances; this also has an impact on lead times. All this work is scheduled to be completed in 2024 for the Olympic Games.

Let me just add, I would like for the letter of complaint in Le Monde to be carefully preserved and displayed in 2024 in the remodeled station. That’s what a minister, with humor and great foresight, asked Adolphe Alphand, who was in charge of building the Eiffel Tower, to do in response to the disparaging critique [of the project] by a group of representatives of Arts et des Lettres led by Guy de Maupassant and Charles Garnier!