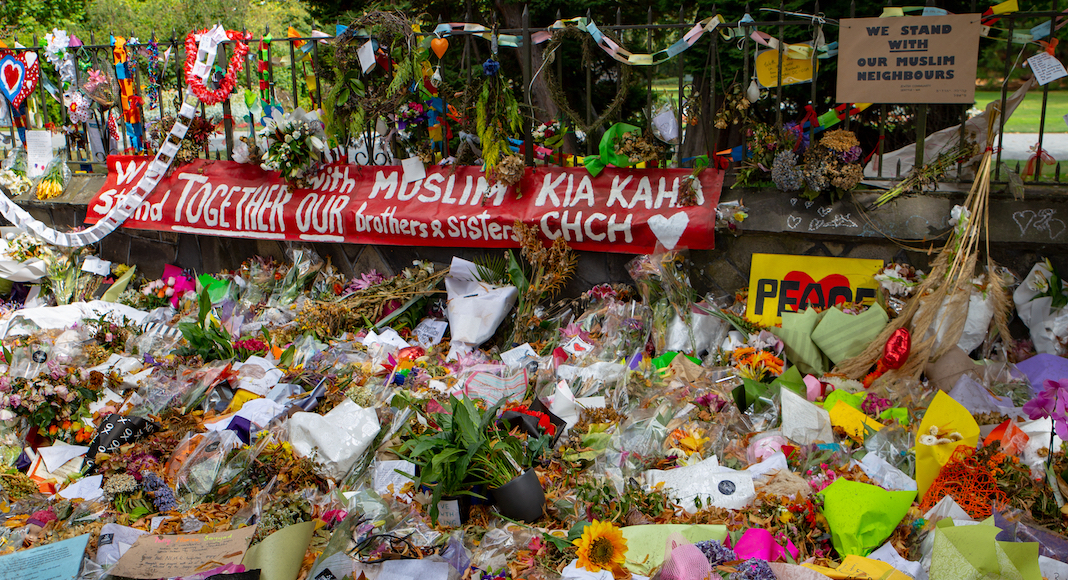 “The great replacement” and “you will not replace us” are the rallying cries of white supremacists. When Latinx immigrants in the United States are mentioned by the President and his administration, words like “infestation,” “invasion,” “illegals,” “rapists,” and “murders” circulate into the mainstream discourse.

These terms and phrases have appeared prominently in the vocal rise of white supremacists in recent years. Protesters in Charlottesville chanted “You will not replace us” with tiki torches in hand, and the white supremacist domestic terrorists in New Zealand and, recently, El Paso, cite “the great replacement” in their hate-filled manifestos.

These white supremacist buzz words don’t start with President Trump, though he has played his part in popularizing them. The origins of these rallying cries can be traced back to France, to essayist Renaud Camus and his book Le Grand Remplacement (The Great Replacement), published in 2012.

Minutes before a white supremacist domestic terrorist opened fire in a Walmart in El Paso, TX, killing 22 people and injuring more than two dozen others, he published an online manifesto that included Camus’ language of replacement. The shooter’s manifesto, filled with hateful anti-immigrant sentiment, echoes the language used in Camus’ “replacement theory,” as did the shooting in New Zealand and the Charlottesville, VA, white supremacist neo-Nazi rally.

Camus has explained this replacement theory in an interview for the New Yorker with Thomas Chatterton Williams. “You have one people, and in the space of a generation, you have a different people,” said Camus. In his theory, this “different people” he speaks of is mostly made up by immigrants, notably black and brown immigrants, who will have “replaced” white, Christian Westerners.

Camus credits his “red pill moment,” an alt-right term inspired from the Matrix movie to describe one’s “awakening,” to his travels in France. On a visit to the countryside he was appalled by the number of women in veils sitting around what he considered ancient pillars of French culture. As Williams reflected in his interview with Camus, “Camus’s problem was not, as it might be for many French citizens, that the religious symbolism of the veil clashed with some of the country’s most cherished secularist principles; it was that the veil wearers were permanent interlopers in Camus’s homeland.”

The expression of Camus deep anti-immigrant sentiment in his theories is paralleled in the United States’ polite racism. This kind of racism, that uses coded language or that stays silent in the face of racist acts, has become the solution to propagate hate without taking any of the responsibility. It’s a pragmatic technique that allows President Trump to laugh off responses like “shoot them” when he asks his supporters how to get rid of immigrants.

When journalists confront Camus with his language featured in these white supremacist acts of terror, he denounces violence or any responsibility for inspiring these acts. In an interview with Vox, he even parses the terms “white supremacist” and “neo-Nazi,” claiming that there is a clear difference between the two, even though he says he can “totally sympathize with the slogan: “We will not be replaced.”

Camus’ sympathetic view of white supremacists is why they use his terms; they express the same sentiment while passing as less extreme. Compare “the great replacement” to “white genocide” — one initially shocks more than the other. Among right-wing politics, these “polite” terms blur the line between the extreme, white supremacist right and the polite racist right concerned with the “ethnic and civilized substitution” that Camus claims all Western countries face. It’s the kind of language that allows President Trump to say there were “fine people, on both sides” in Charlottesville in 2017. The two men sympathize with white supremacists, propagate their messaging and terminology, but under the guise of nonviolent respectability.

Though the manifestos of the New Zealand and El Paso shooters and the chants of the Charlottesville neo-Nazis all reference Camus’ work, it is very possible they have never heard of him. In a recent interview with the New York Times, Williams spoke about Camus’ language as “infectious,” and that the term “the great replacement” had “taken on a life of its own.” Yet even if Camus has been divorced from this terminology, the title of the New Zealand white supremacist terrorist’s manifesto is still after his work. Though Camus’ words seem to hide under the guise of nonviolent, polite racism, their impact is much more dangerous.