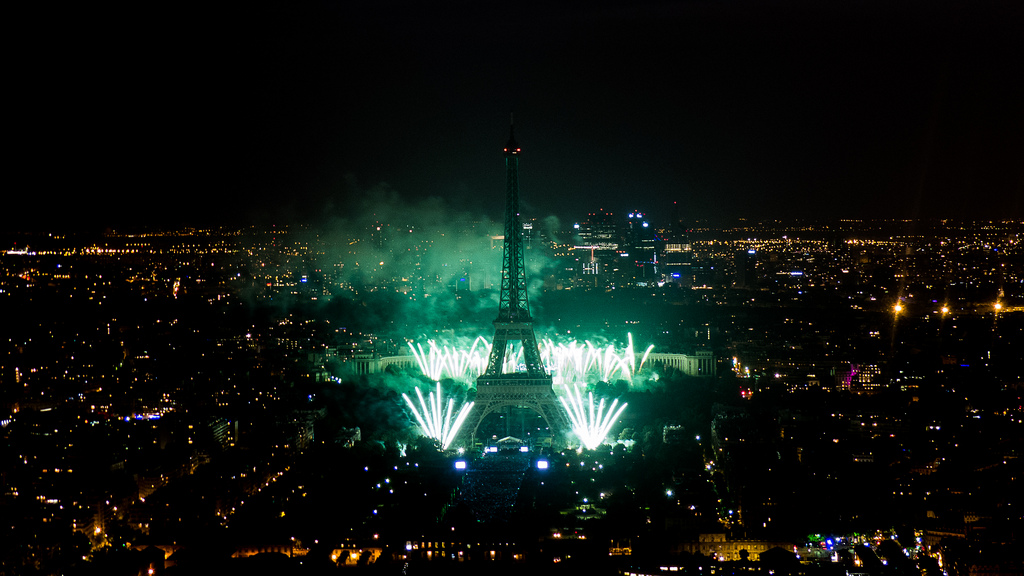 As both an Irish-American and a guy named Patrick, I can safely raise my hand and swear that my patron namesake’s holiday is, largely, for amateurs. It’s as though, on Marathon Day, everyone in New York City suddenly believed not only that they were able to run 26.2 miles but that they should. In both cases, it just results in a whole lot of puking.

But there is something beguiling about St. Patrick’s Day nonetheless, and if you’re in Paris and need to find a spot to drink in true irlandais style, here are your best bets.

Named for a tiny peninsula in the north of Ireland, Quigley’s is in the center of Paris and the irlandais community, showing every conceivable rugby and football match and routinely mobbed by expat Irish folk. There’s a typical menu of pub food, and you’ll find the requisite perfectly poured Guinness on tap, along with rack-and-pour whiskeys.

This bar’s bright-green facade is anything but quiet, an ostentacious announcement of the bar’s Irishness that looks like it might put out a few too many curies of radiation. But inside, it’s a tight but friendly local pub, full of people who go there regularly to quaff pints and shoot the shit. Again, you’re going to find a perfect-pour Guinness here, as with everywhere else on this list. And, as you can see from the video, there’s plenty of music to be had!

Named after the poem of the same name by William Wordsworth, the Green Linnet ticks off the necessaries without much trouble: perfect-pour Guinness, check; live folk music, check; green awning, check. Might as well check off that worldwide Irish amiability while we’re at it, because for a bar so close to the epicenter of Paris, Green Linnet manages to retain the atmosphere of a local pub—complete with a pool table.

The place where most of the paint-by-numbers Irish pubs around the world make their greatest blunder is mistaking the traditional clutter of a truly Irish bar for methodical madness—that’s why they come off as pre-fab and dime-a-dozen. No such problems at Connolly’s, where the clutter is methodless, the bartenders and regulars alike are guileless, and the Guinness is—stay with me, now—perfectly poured.

The Mazet is everything described thus far on the list, but it skews towards the younger crowd and attracts its fair share of English-speaking tourists and students seeking a respite from the cacophony of francophony. For all that, it’s still well loved among locals, and it’s far enough into the Monnaie neighborhood to avoid being crushed by tourists.

O’Brien’s, too, is a welcome respite, but from the sometimes too-much area between Invalides and the Eiffel Tower. It’s a tight fit most nights, but it makes for an ideal setting for really getting into the spirit of cheering on a soccer team. For its location, you’d expect the kind of beer and whiskey selections to be pricier, but O’Brien’s manages to keep it affordable—and they even manage to stock Brooklyn Lager, of all things!

If you want a spirited public house that has a real community feel to it, The Cork is the place to go, with its distinctively odd layout and floor-to-ceiling bookshelf, its darts nights, glowing taps, and Irish hospitality.

They say don’t ever pass a bar with your name on it, so it’s a good look that Le Ballon Vert owner Patrick Loughney attached his name to the bar. The place is uncharacteristically spacious for a French pub, and only part of the bar is taken up with a frankly astonishing number of craft beers by the bottle. The bar is perhaps the friendliest in Paris, thanks largely to the Loughney boys and their likewise amiable bartenders.

Not content with simply taking over the family business, Kieran Loughney opened the Green Goose, a likewise spacious endroit with a staggering selection of beers and a gastropub menu of modern grub.

The 15th‘s go-to place for Irish sports, trivia nights, game nights, and live music that ranges from Celtic to rock to blues to folk.

Ditto everything previously said, but in Montmartre.

The only chain pub on the list, Corcoran’s in Montmartre is worth visiting for the fantastic staff alone, but there’s also a roomy billiards space and the always fun feat of managing the stairs of Montmartre with a buzz going.