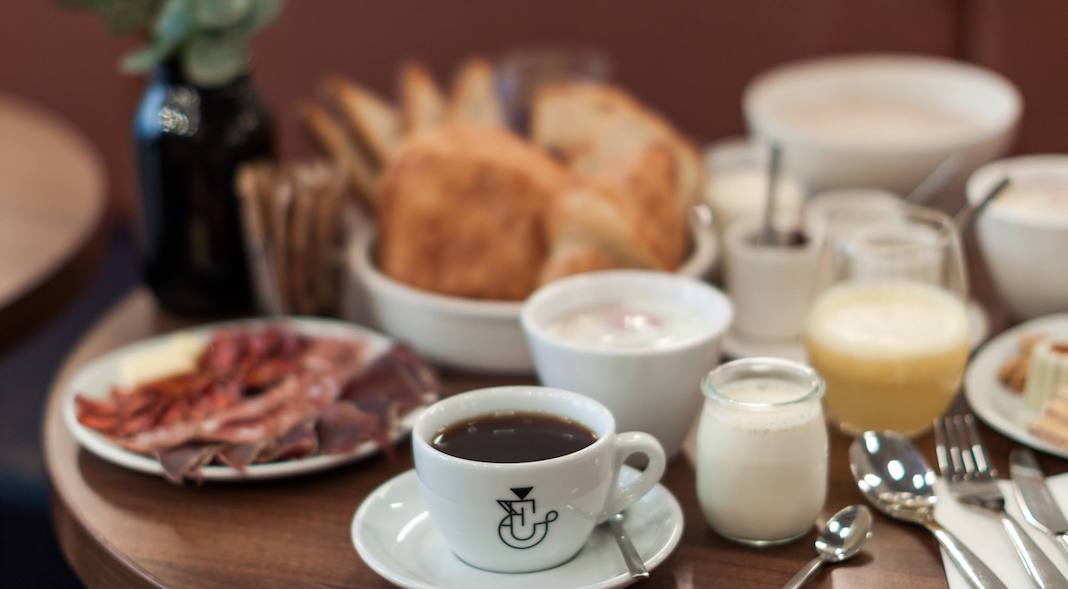 He’s no ordinary craftsman but an artist who practices butchery like a jeweler would practice his craft. At only 19 years old, after a dazzling career (including stints at Boucherie Centrale at the Halles de Lyon, Hugo Desnoyer in Paris, and Bello in Lyon), Matisse Raymond opened his own address at La Croix-Rousse. The aged meat, presented in the showcase as precious objects, has already caught the attention of great chefs and enlightened connoisseurs. — 142 boulevard de la Croix-Rousse, 1st arrondissement

At the beginning of the school year, it arrived on the place du Caro de Lyon. Le Bouillon Baratte, inspired by Parisian bouillons, actually comes from Strasbourg and from the young chef Guillaume Nierenberger. A vintage-chic atmosphere and a modernized brasserie menu that’s 100% made in-house, boasting items like fish and chips, mussels marinières, andouillette de Troyes 5 A, red fruit pavlova, and orange flower madeleine. Bouillon Baratte is also one of the few addresses in Lyon serving seven days a week from noon to midnight. — 25 rue du Bât-d’Argent, 1st arrondissement

The Italian chef Massimiliano Monaco (from Jaja in Paris) has just opened his first address in Lyon, on the banks of the Rhône. At Chez Cocotte, with the aid of his team, he creates a cuisine — not on the barbecue, but in a charcoal oven — that brings smoky and mellow dishes to the table. — 2 cours d’Herbouville, 4th arrondissement

The best coffee shop in Lyon. Fabien Zucconi (an old friend of the famous chef Anne-Sophie Pic) does everything himself, from roasting beans to making pastries and viennoiseries. The coffee shop’s speciality: tarte au tiramisu, of course! — 21 rue Ferrandière, 2nd arrondissement

On the ground floor of the InterContinental, the new five-star hotel in the Grand Hotel Dieu, Epona has moved into the former stables of the site. In the kitchen, young chef Mathieu Charrois reinvents the great classics of Lyon, with a savory K’nelle, a perfect salade lyonnaise with egg… He even dares to use frog’s legs and pig’s feet, which he makes crispy to wonderful results. The chef also makes dishes for two to share: shank of veau confit, Bresse poultry au vin jaune, monkfish with melting leeks. The passage to the bar, on the upper floor, is a must under the vertiginous dome of Soufflot. — 20 quai Jules-Courmont, 2nd arrondissement

Same chic and cool atmosphere, but new address and new chef for the gourmet table of interior designers Pierre-Emmanuel Martin and Stéphane Garotin. La Table has moved from rue Auguste-Comte to rue d’Amboise, with a breathtaking view of the magnolias in the Place des Célestins. And it is now the Italian Giacomo Iovenitti who officiates in the kitchen. He revisits Ottolenghi’s oriental score by adding his Mediterranean touch. — 12 rue d’Amboise, 2nd arrondissement

8. Arsenic, the home of young talent