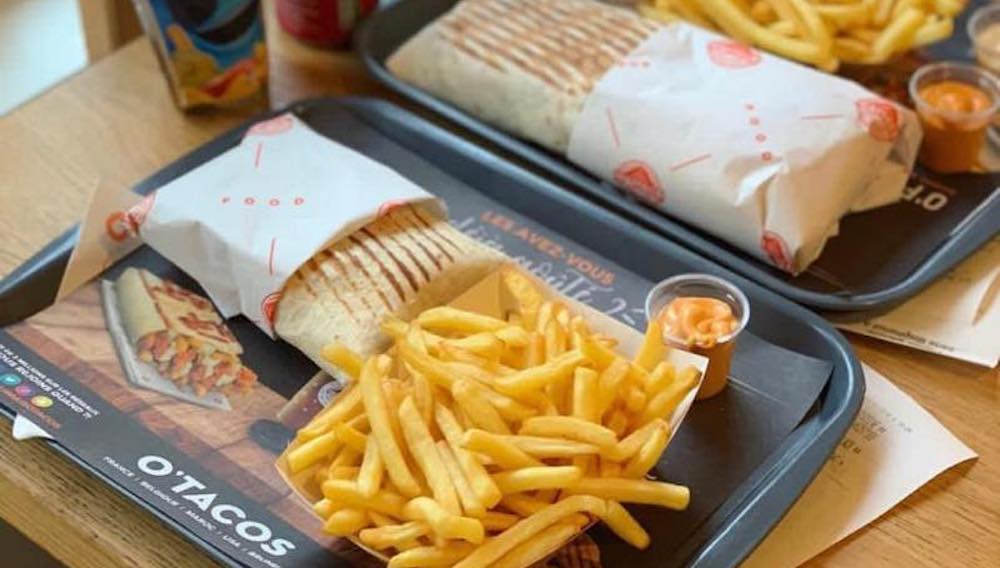 What Are French Tacos and Why Do They Exist?

If you have ever experienced the confusion that comes with passing one of the eight O’Tacos restaurants in Paris, then you are not alone. Judging from its sterile, inoffensive font and slightly bizarre name, it could be a corporate taco chain like any other, a Chipotle or Dos Toros.

The franchise, opened in 2007 and headquartered in Montrouge, France, is famous for what they call “French tacos.” What is “French” about these tacos is far from evident, but for whatever reason, the chain has gained a truly impressive cult following in France. O’Tacos has locations all over the country, as well as in Belgium, the Netherlands, and Morocco. There was even a short-lived O’Tacos in Brooklyn, but the Crown Heights location has since closed.

Also known as tacos lyonnais or matelas (“mattresses”), French tacos are something like burritos or calzones, consisting of a grilled flour tortilla stuffed with meat, cheese, and French fries, topped with their signature fromagère sauce. In typical French fast food fashion, all O’Tacos meat is certified halal, and some of the food combinations can be pretty bizarre. For example, you could order a French taco made with cordon bleu and raclette, topped with sauce algérienne (a late night crêpe staple), and some jalapeno and cheese nuggets. A little bit French, a little bit Middle Eastern, an erroneous interpretation on Americana, and very little true Mexican inspiration to be found.

But if you thought O’Tacos was out of gimmicks, prepare for disappointment. The chain is famous for its “Gigataco,” a food challenge that, according to Business Insider, only about 30 people have ever finished. When the Brooklyn O’Tacos was still open, you could go every Thursday on an empty stomach and try to eat the 5 pound “taco.” The rules? Two hours, no utensils, every bite. Winners eat for free.

Though those unfamiliar with France might not assume it, the country actually has a massive appetite for fast food. “MacDo” is a beloved favorite, but O’Tacos, the market leader in French fast food, has actually surpassed McDonald’s expansion rate in the country. O’Tacos already has more than 200 locations in France alone.

A large part of the success of O’Tacos comes from its roots in Paris’s banlieues. Remember that thing about all their meat being halal? That’s no accident. The chain was founded by Patrick Pelonero and Silman and Samba Traoré, three friends living in the working-class outskirts of Grenoble who wanted to combine kebab-style street food with a twist to appeal to the large North African populations in the disenfranchised suburbs outside of Paris. Their aim was to create a fast food joint that could be a meeting place for young people in less desirable neighborhoods, where they could eat for cheap and spend time with friends in a safe environment. Much of the scrappy O’Tacos spirit comes from the banlieue, and local politicians frequently vie for new franchises as a perceived benefit to the community.

The “French taco” might be an ocean away from anything vaguely resembling a taco, but it has a loyal fanbase in France for a reason. Cheap, filling food that appeals to young people, in places that really need it. And isn’t that part of the point of fast food to begin with?