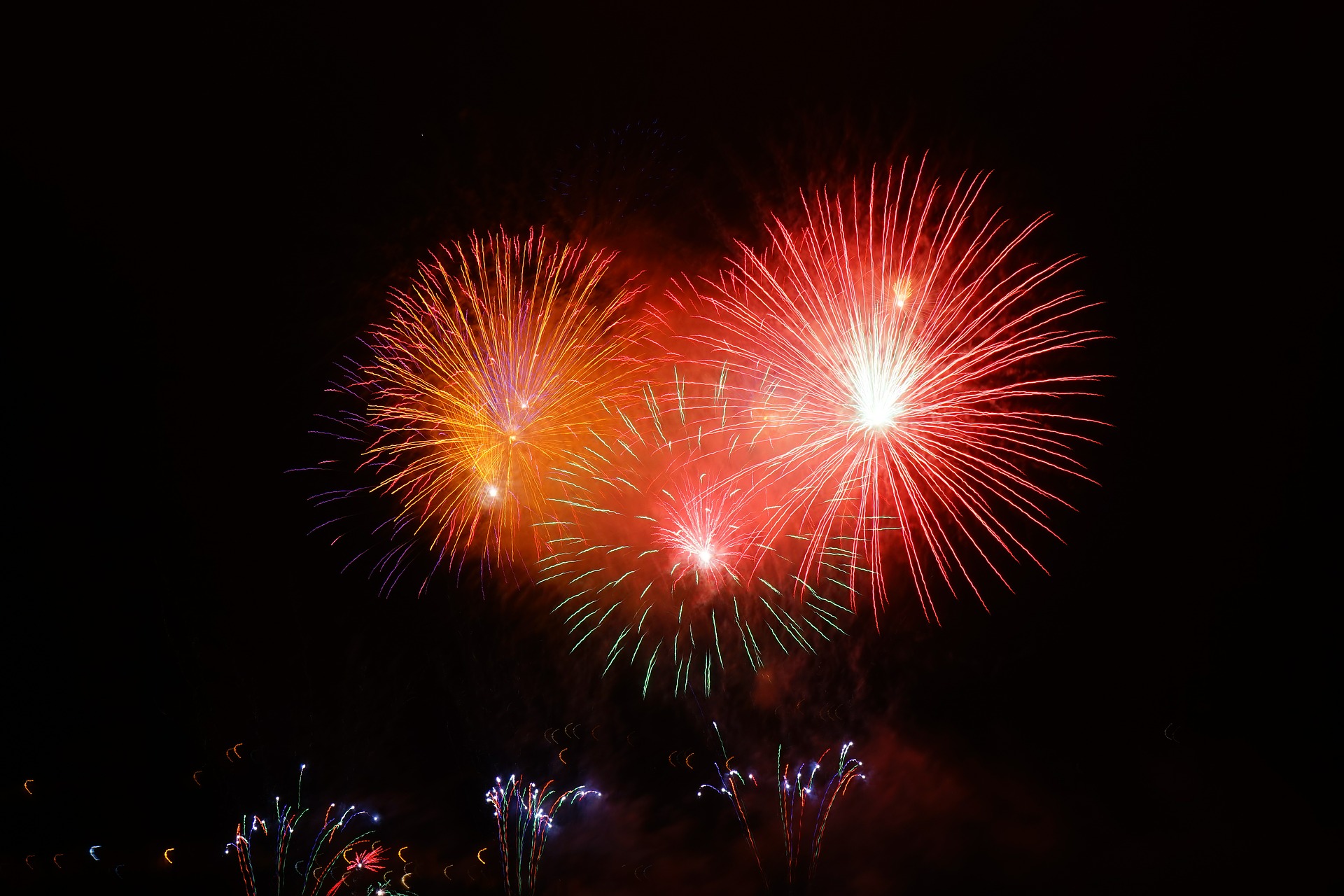 Happy July 14th! Who doesn’t love to celebrate a good beheading (bye bye, Marie), an angry mob (storm the Bastille!), and the revolution that helped to produce our beloved France? On le quatorze juillet, we’re traditionally celebrating the Fête de la Fédération in 1790, which actually marked the one-year anniversary of the storming of the Bastille, when France rejoiced over its peace, progress, and shift towards a constitutional monarchy. But let’s focus on the original Bastille day, when the commoners were none too pleased, back on July 14, 1789.

As you gear up for your favorite rendition of La Marseillaise, take a minute to think about the history and significance of this day, 228 years ago. What played out might surprise you:

The revolutionaries decided to make a huge statement and storm the Bastille, where political prisoners of the regime were being held. So they banded together, rushed the famous Parisian fortress, and alas…there were only 7 prisoners: 4 counterfeiters, 2 mentally ill people, and 1 count who was sent to the prison by his own family, allegedly for engaging in “perverse” sexual practices. Not exactly a crew set out to vive la révolution.

It was all about the gun powder

Yes, the Bastille certainly represented France’s messed up politics, but the attack on the fortress was not just symbolic. The revolutionaries marched to the Hôtel des Invalides, where they looted around 3,000 firearms and five cannons. Their ammunition, however, was useless without the stuff that made it work: gunpowder. And it was—you guessed it—stored in the Bastille, which lead to the fateful event. (It seems that invading the Bastille was worth it after all!)

The Bastille was destroyed, but its key is in the US

In the months following July 14th, 1789, it was decided that the Bastille would be destroyed. Only a few stone foundations from the original structure still exist, and they can be found on Boulevard Henri IV in Paris. But Marquis de la Fayette sent the Bastille’s key—yes, the actual key—to George Washington in 1790 (they were buds). It can be seen in the former President’s house in Mount Vernon.

The people’s revolt was decided… on a tennis court 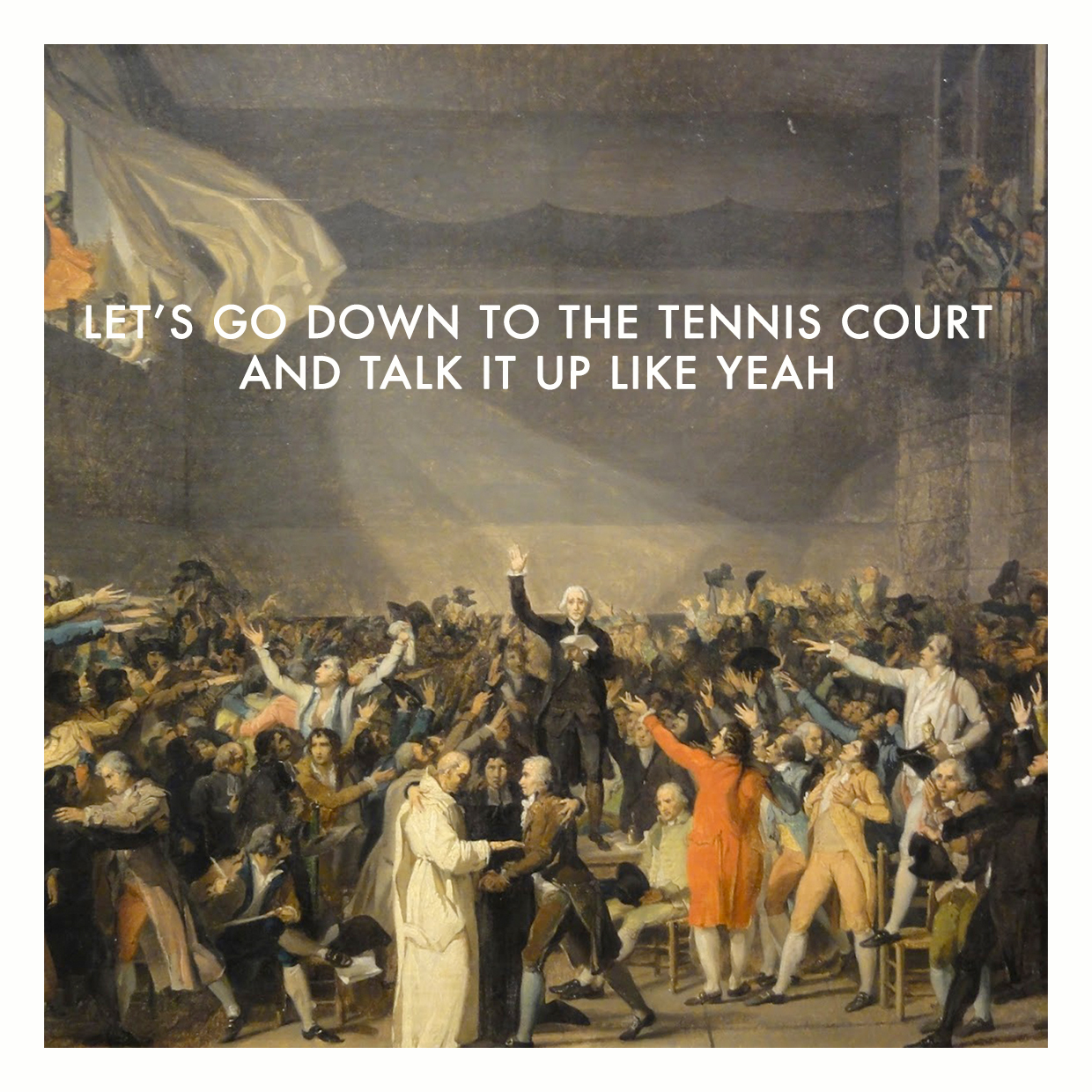 In June of 1789, King Louis realized that France was badly in need of financial reforms. He probably should have started by cutting back his own lavish lifestyle, but instead he convened an assembly of “estates” of the French people—the nobles, the clergy, and the commons—to fix the problem.

Talks didn’t go so smoothly, and King Louis decided to lock the people’s representatives (the commons) out of the room, rather than allow them to continue discussions. His plan backfired, however, and the people’s representatives found an empty indoor tennis court to convene, and wrote up the “Tennis Court Oath.” The gist? They vowed to continue to meet wherever and whenever—even if it took more empty athletic venues—until France had a written constitution.

In 1880, France’s senate decided that their country should have a national holiday. Originally, July 14th was highly contentious, as conservatives considered the storming of the Bastille to be too violent and bloody of a day to commemorate. Politicians threw out other options: August 4th, the day the country’s feudal system was finally abolished, years earlier; September 21st, the anniversary of the first French republic; even February 24th, the start of the second republic.

But alas, the senate ultimately went with July 14th. The day not only marked the storming of the Bastille, but also the Fête de la Fédération, which the country celebrated one year after, in 1790. That day represented the changes that France had seen in the past year: rather than divisiveness and political turmoil, the country was now relatively calm.

So enjoy your champagne and fêtez this July 14th! 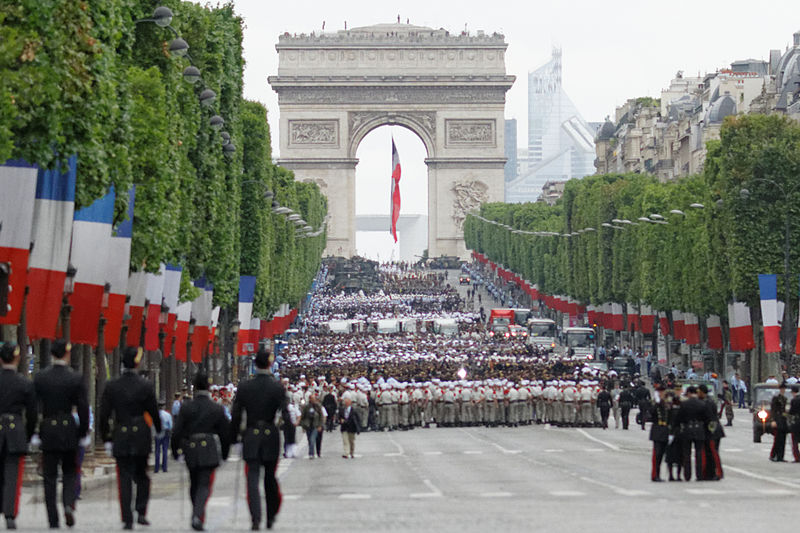