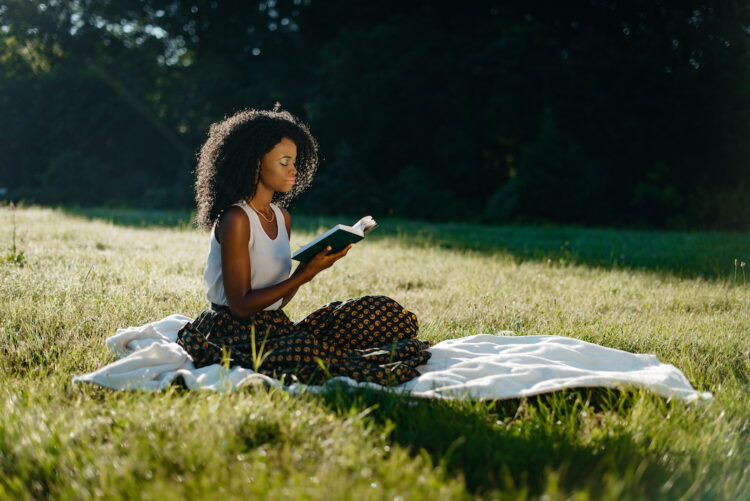 How would you like to travel to France but not have to get on a plane?

The best way to do it, unless you have a friend with a yacht, is by reading a book. I love books by foreigners who’ve lived in France. They see the country differently than the French do, and living abroad helps them see their own country, too, through new eyes.

Here are my favorite books about France—some are funny, some are touching, and all are excellent reads.

A Year in Provence, Peter Mayle 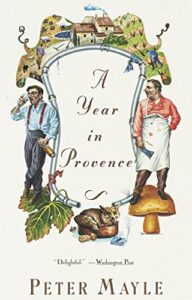 One day Mayle and his wife decided to chuck it all and move from England to a small town in Provence, and this book recounts their first year there. His descriptions of the locals, of the fabulous food and wine, and of the difficulty of getting anything done, are pitch-perfect. Mayle is a funny writer and A Year in Provence is the standard against which all “I moved to France” books are measured.

My Life in France, Julia Child 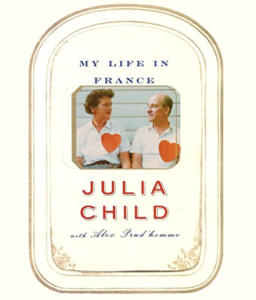 On her first day in France, Julie Child had a sole meunière that changed her life…and American cooking. This is the story of Child’s transformative years in France, where she learned to cook at the Cordon Bleu and wrote her famous cookbook. There are wonderful descriptions of food along the way. If you love France and French food, this is the book for you. 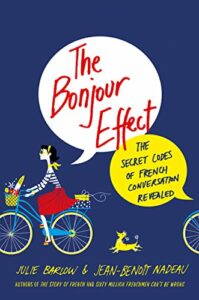 What is the most important word in French? Bonjour. Is French conversation about communicating? No, it’s about being interesting. Canadian journalists Barlow and Nadeau have done us all a great service by explaining how even those of us with modest French language skills can hold our own the next time we step into a bistro on the Left Bank. 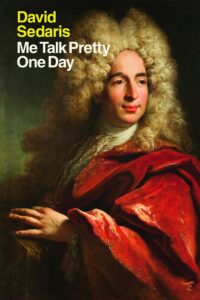 David Sedaris is one of the funniest writers alive and I think this is his best book. He tells the story of his move to France and his struggles to learn the language. I love his solution when he needs to buy something and can’t remember its gender (“is it un or une?”) so he just buys deux, or, two. The tales of his many misadventures are side-splitting.

I’ll Never Be French (no matter what I do), Mark Greenside 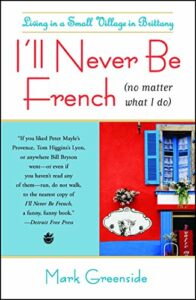 After spending a summer with his girlfriend in a tiny village in Brittany, Mark Greenside ends up without the girlfriend but with a house. For years he’s spent his summers there, fixing up the house and becoming part of the community—despite speaking virtually no French. This book is by turns hilarious and moving, as Greenside writes about how he is a different person in France.

Paris to the Moon, Adam Gopnik 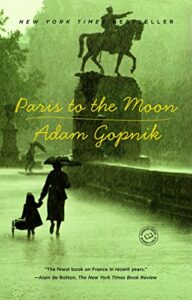 In 1995, the New Yorker assigned Gopnik to Paris (lucky guy!), where he moved with his wife and infant son. As he describes in this funny and poignant book, the challenges of navigating a foreign city and becoming a parent are similar—they both require new routines, new languages, and a new set of rules for daily life. 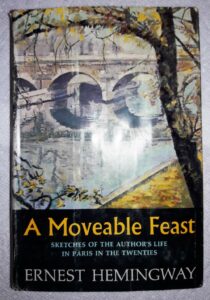 Hemingway was a poor, unknown writer when he moved in Paris in the 1920s. In this memoir, he recounts his struggles and triumphs as one of the Lost Generation, along with fellow expatriates like F. Scott Fitzgerald and Gertrude Stein. A gorgeous and iconic classic. 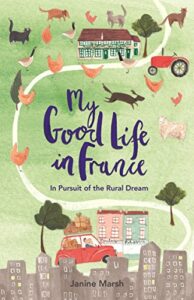 On a cold, wet winter day, Londoner Janine Marsh went with her husband and father on a day trip to France. It was just a quick jaunt to have lunch and buy some wine. But sometimes life has other plans, and she ended up not only buying wine but also a wreck of a house. Marsh now lives in a tiny village in “middle of nowhere” France with her husband and a vast menagerie of animals. This is the funny and charming story of how they rebuilt the house and became part of the local community.

On Rue Tatin: Living and Cooking in a French Town, Susan Herrmann Loomis 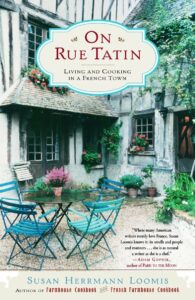 Susan Loomis’ French adventure began with an apprenticeship at La Varenne cooking school in Paris, then shifted to Normandy where she and her husband bought an abandoned convent to live in. The Normans are famously wary of outsiders, but with a lot of work—and a lot of baking—she won them over (remodeling the convent is another story.) Loomis has gone on to write many cookbooks and On Rue Tatin includes some of her favorite recipes.

Travels With a Donkey in the Cevennes, Robert Louis Stevenson 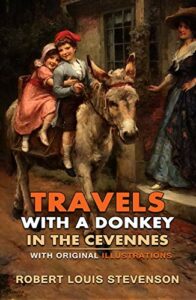 Before he became famous as the author of books like Dr. Jekyll and Mr. Hyde, Stevenson lived in Scotland and longed to see the wider world. So, he traveled to a rugged part of France, bought a donkey and gathered supplies, and set off on his own. It quickly became apparent that he had no idea what he was doing and the donkey had a mind of its own. This charming tale describes his adventures, and today the Stevenson Trail is a popular hiking route in France.