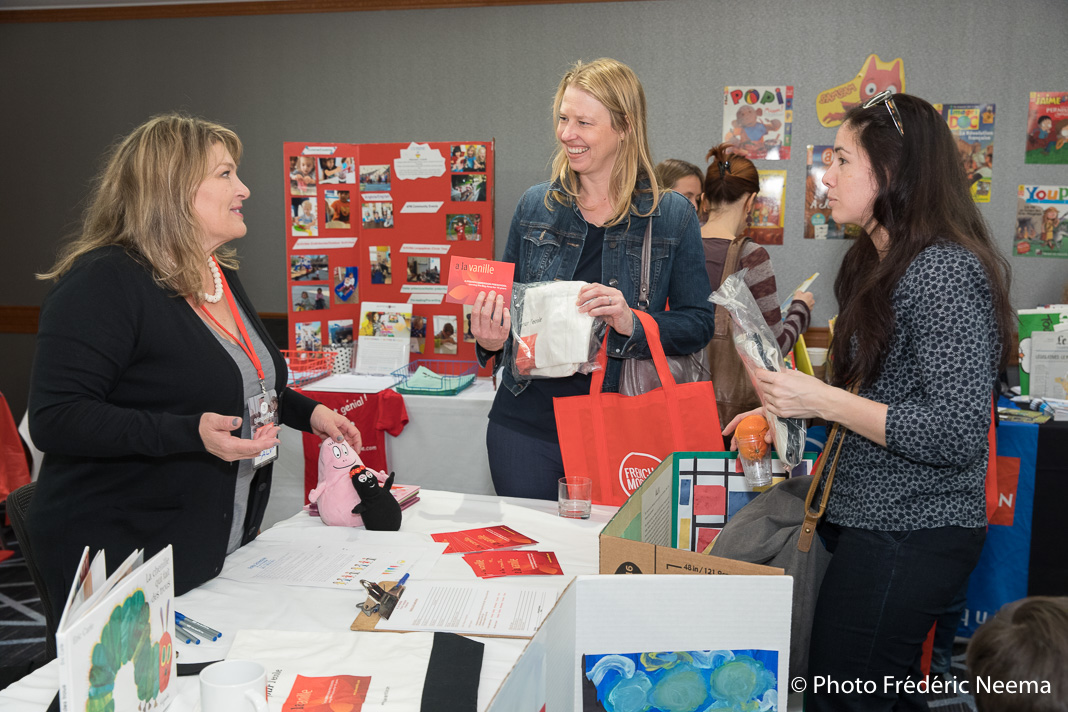 The First Bilingual Fair of San Francisco Finds its Audience

From the start of French Morning’s Bilingual Fair in San Francisco, the corridors of the Méridien, the hotel hosting the event, were ringing with different languages. A large audience — around 600 people in total — mainly young parents, came to meet schools, after-school programs, publishers, tutor networks, and authors who are fervently promoting and defending bilingualism.

For schools, this is an opportunity to explain to future admission candidates what differentiates them from each other. “Many parents ask what kind of Chinese we teach, and what curriculum we follow,” explains Melissa Morgenstern, director of admissions at Shu Ren International School in Berkeley. “This kind of fair provides parents with an insight into the educational opportunities we offer. We know that the differences in curriculum from one French-language school to another are not always easy to understand,” confirms Laurent Scotto, a teacher at French American International School.

Some schools see the fair as an opportunity to raise awareness. Michelle Tager, founder of ALEFB, which teaches Arabic courses, praises the merits of online classes: “For us, this is an opportunity to show that you can easily learn Arabic through our courses on Skype. It’s a media that kids love.” 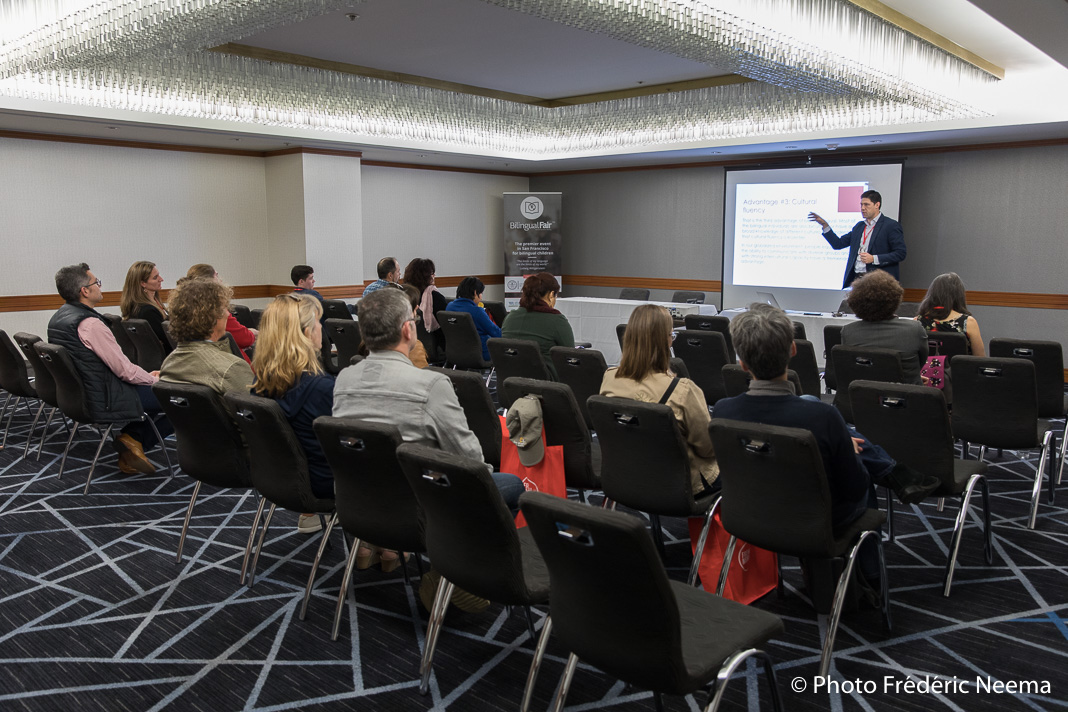 Sophie Zugnoni particularly captivated her audience by describing the successful launch of a Chinese language program at a public school in Redwood City: “At first, we were just a small group of mothers who wanted to bring Chinese language and culture to our children. We thoroughly studied similar programs and then persuaded other parents to come support our project in front the school’s board of directors, which adopted our program. You have to know how to take risks, kind of like you’re launching a start-up.”

Jean-Paul Sallat came to learn about the high schools that would suit his children best. “I am trilingual (French, Spanish, and English) and I attended high school at the French American International School in San Francisco. I came to visit the Francophone schools, but they are still very expensive. Thanks to the variety of exhibitors, I was able to learn about other options, like La Scuola, which I didn’t know about at all.”

Ann Cai, mother of two girls ages 3 and 5, listened carefully to representatives of Alto International School describe the curriculum of this German immersion school in Menlo Park: “I speak Mandarin, and I would like my children to learn a European language in addition to English and Chinese. We love to travel, and mastering another language is always an advantage. The choice is still very difficult: if our daughters are interested in becoming engineers, we would choose German, but if they’re more interested in the arts, French would probably be more appropriate!”

The essay competition on bilingualism was won by Hirad Marami (Lycée Français de San Francisco – 8th Grade) in the middle school division, and Yingwei Xu (Balboa High School – 11th Grade) in the high school division. They were chosen from a large number of candidates who wrote down their perspectives on the following topic: “How does being bilingual make you different, change you, or define you?” Congratulations to them!