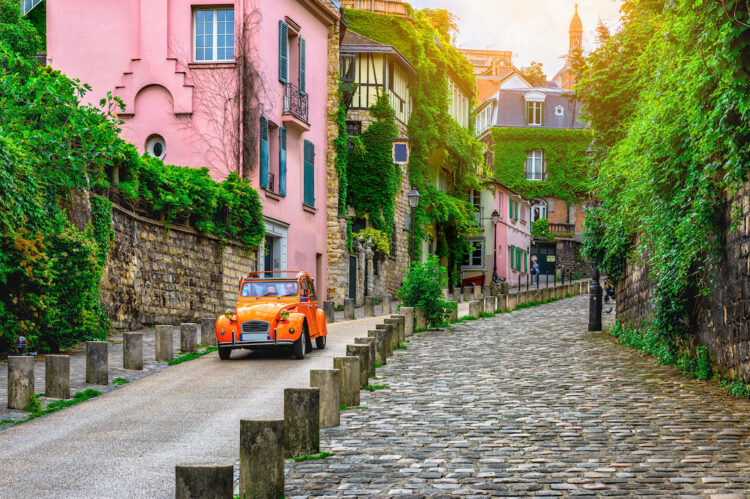 The 7 Most Charming & Beautiful Streets in Paris

Paris is the ultimate playground for the flâneur — Baudelaire’s aimless wanderer, an urban explorer happy to meander wherever the streets take them. The city’s grid-less layout and prized pedestrian streets invite hours of leisurely strolling, and Mayor Anne Hidalgo’s determination to push cars ever further out of the city center has made Paris more walkable than ever.

While the city’s streets range from gritty to charming to cinematic, there are some that beg your attention more than others. To a degree, it’s a matter of taste — you may prefer the perfumed bustle of rue des Martyrs to the classic cobbled rue de l’Abreuvoir carving a path up to Montmartre. Sure, there’s always the Champs-Élysées. But if you’re looking to get off the beaten path, there are a few routes you may want to consider.

Whether they offer views of the Eiffel Tower or a shock of pastel-colored houses, these streets are worth a wander on your next visit.

There’s no better approach to visit Montmartre and Sacré-Coeur than the sloped stretch of rue de l’Abreuvoir. Lined with ivy-covered houses and blooming with wisteria in the summer, this cobbled hill is a nostalgic trip to Paris’ past, completely removed from time (if you can look past the bus stop at the base and the selfie-snapping crowds).

Start at Place Dalida, where a bust honors the late singer-songwriter (you know the one — of “Paroles Paroles” fame) and admire the picture-perfect view of the Sacré-Coeur basilica. Further up, the street is crowned by the Instagram-famous La Maison Rose, a traditional French restaurant which offers a perfectly pink background for photos. Just up ahead to the left sits Paris’ only vineyard, Le Clos Montmartre,which is privately owned by the City of Paris (but offers guided tours to the public for a few weeks each year).

This charming street in the 12th is packed with more pastel shades than a Crayola box and draws droves of social media snappers, much to the dismay of the local residents. But despite its touristy reputation, the street really is worth a walk around. It’s a playful departure from Paris’ wide, white Haussmannian boulevards. After you’ve snapped some photos, head to the nearby Coulée verte René-Dumont for a stroll along the lush, plant-lined promenade, which runs nearly 5 kilometers along a stretch of abandoned railway that offers stunning views over Paris.

The aptly-named Cité Florale is tucked away in the 13th, a stone’s throw from Parc Montsouris. A labyrinth of bucolic backstreets — rue des Glycines, rue des Orchidées, rue des Iris, rue des Liserons and rue des Volubilis — make up this quaint corner of Paris. Here, crab apple trees line the road and pastel-painted townhouses are covered in ivy or blooming with wisteria. There’s a village quality to the small streets, where cats criss-cross back and forth and it’s all in the details: tiled entryways and Art Nouveau awnings of glass and wrought-iron make this a special spot to wander. 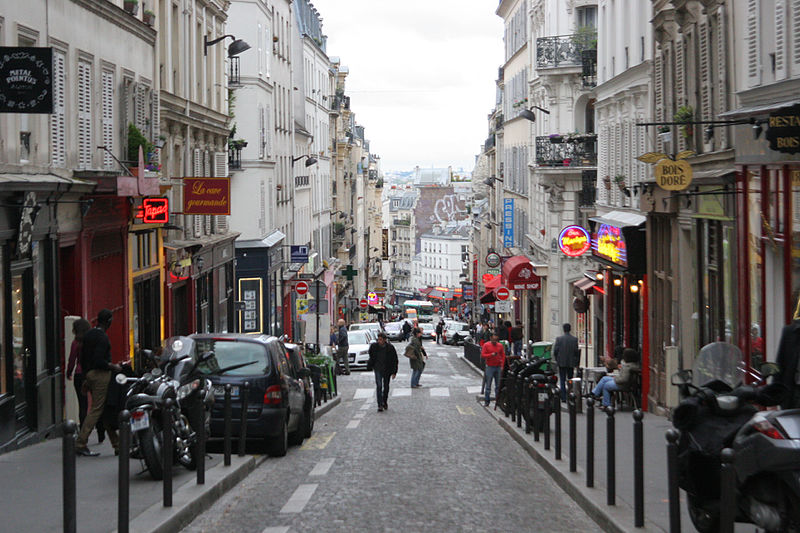 This storied street is a gourmand’s dream, with market stalls spilling over with fresh produce, pâtisseries perfuming the street with freshly-baked delights and jewel-like épiceries offering luxurious olive oils, jams and endless picnic accoutrements. Running from Notre-Dame-de-Lorette up to Montmartre, this South Pigalle hotspot is home to a host of cafés, restaurants and bakeries including famed Neapolitan pizza hub Pink Mamma (and their speakeasy, No Entry), award-winning pâtisserie Sébastien Gaudard, KB CaféShop, Rose Bakery and more. Make sure to detour for a spin around nearby Musée de la Vie Romantique, a tiny museum which has one of the most picturesque courtyards in the city. 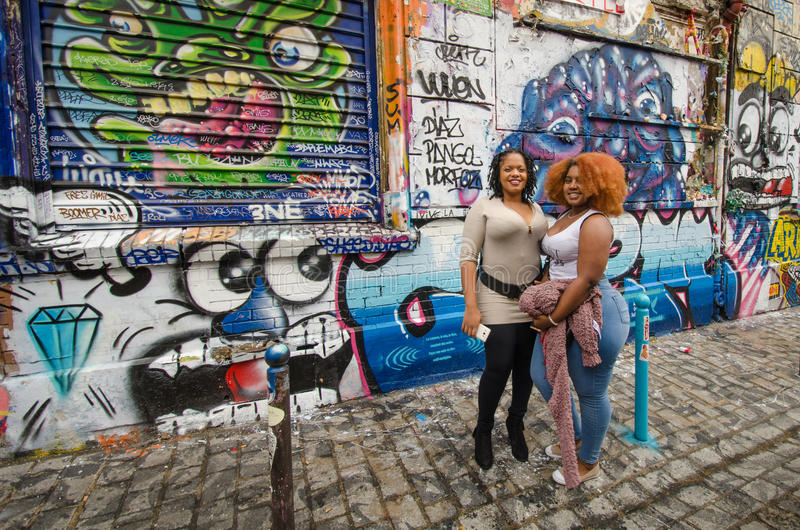 For a slightly more authentic taste of present-day Paris, head over to rue de Belleville in the 20th. The stretch that runs between the Belleville and Pyrénées métro stations offers a glimpse of the Eiffel Tower and is bustling with excellent Chinese food, craft cocktail bars (Combat is worth a drink or several), cultural centers (like Culture Rapide, a cabaret which puts on spoken word and slam poetry nights), and historic sites like Édith Piaf’s childhood home. La Cave de Belleville is your one-stop-shop for wine, cheese, bread and other essentials to set up a pique-nique in  the nearby Parc des Butes Chaumont.

Just off the Belleville métro stop sits one of the city’s most storied cafés,  Aux Folies. People of all ages gather here to jostle for seats at this always-crowded, smoky terrace, which spills into the graffiti-filled alleyway next door.

No trip to Paris is complete without a jaunt around Saint-Germain-des-Près, one of the chicest and most historic neighborhoods in the city. Famous for its “Golden Triangle” of cafés beloved by Hemingway, Fitzgerald and Stein, the energy in this quartier reaches an apex at the intersection of rue de Seine and rue de Buci, a bustling pedestrian walkway that’s lined with cafés. Before you follow rue de Seine down to — you guessed it, the Seine river — stop for a rosé at Bar du Marché, a neighborhood favorite with a classic red-and-white striped awning and an energetic terrace. Just beyond is Freddy’s, a tiny wine bar that’s open seven days a week (yes, even on Sundays!) and serves up finger-licking small plates around an open kitchen.

If you’re lucky, you might catch a glimpse of nuns strolling through this sunlit square just off of the Seine, which looks like a postcard from Paris’ past. Located in the heart of the Marais, this tiny 450-foot stretch is one of the oldest streets in the city — it’s visible on maps dating back to 1550. Vibrant blue and red facades offer a burst of primary color that contrasts the centuries-old Église Saint-Gervais-et-Saint-Protais, which dates back to the 16th century and has been under construction for years. The limestone building at the end of the street is wreathed in ivy yearound, which offers a particularly picturesque backdrop. At the foot of the street are ​​Café Louis Philippe and Chez Julien, which serve up classic French fare in charmingly old-school settings (just mind the touristy prices).