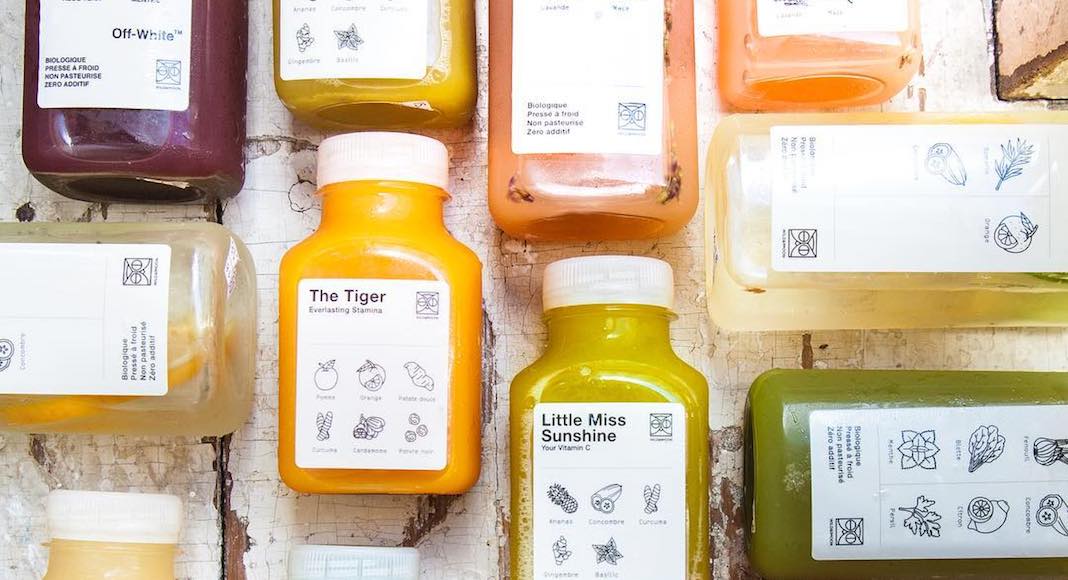 You’re likely to find the best quality products anywhere in France, but not a huge amount of options unless they’re French options, like cheese and wine. We know from Bonjour Kale: A Memoir of Paris, Love, and Recipes by Kristen Beddard that it was extremely hard to find kale in Paris in 2011. France was pointedly uninterested in foreign products… that is, until globalization and, let’s be honest, hipsters brought in new foods and set the modern foodie scene on fire.

Now in 2019, here are the products that are becoming more and more prominent in grocery stores and restaurants throughout major French cities, and where you can try the treat yourself.

We all know the French obsession with jus d’orange pressé, but here we’re talking about healthy juices, coconut water, matcha drinks, and everything in between. This phenomenon is entirely recent, mostly as of last year, and health fiends may find their best bets in a place like Wild & The Moon or Bio c’ Bon.

A huge part of the food changes can in part be attributed to veganism and plant eaters, and simply to the fact that the Impossible Burger is super yummy. While the official Impossible Burger burger isn’t in Paris yet, restaurants are already making their own vegan options (it’s rumored the official burger will soon come to stores and restaurants). In the meantime, vegan heaven Laélo is your go-to.

We’re not discovering something entirely new here, but for a country that has been eating plain old nuts or oats while we have been munching on the sweet combo — granola is groundbreaking. Many French people are opting for granola breakfasts and it is widely available just about anywhere. (Try Coutume Cafe, Telescope Cafe, and Fondation Cafe for starters.)

You’ve still won the lottery if you’ve found kale in France. Kale is definitely not going to pop up at your green market, but sometimes it does at specialty grocery stores like Bio c’ Bon.

More likely to be in drinks and smoothies, dragon fruit is the new superfood craze. As with most Asian fruits, you are more likely to find them in the 13th arrondissement at stores like Paragon Gourmet Market.

This one’s a win for all the expats: lobster rolls in Paris are a novelty. Frenchie To Go serves tons of American-inspired street food in a sit-down manner.

Little by little, this Korean delicacy is reaching Paris with even a restaurant dedicated to it called Kimchi. Asian foods groceries stores like Hi-Mart also sell also kimchi and other pickled options.

We all know Holybelly as the holy grail of the Parisian brunch scene. They offer a chia pudding (pictured is their black rice porridge) and tons of healthy options. It is also much more common to see salads and dishes with “exotic” grains in Paris these days, which you can buy at your local Monoprix.

Maybe these aren’t the biggest novelty, Brussels is just next door (do they even come from Brussels? Probably not). Either way, they’re a novelty vegetable to cook in France. You will find them at tapas restaurants like Pessic and health food stores.

In France, oat milk is a drink for little kids and it is called boisson d’avoine (oat drink). It is available at major supermarkets like Carrefour and Franprix for those of us who like our coffee silky smooth. Your typical milk brand like SoFresh and Casíno make their version of oat milk.