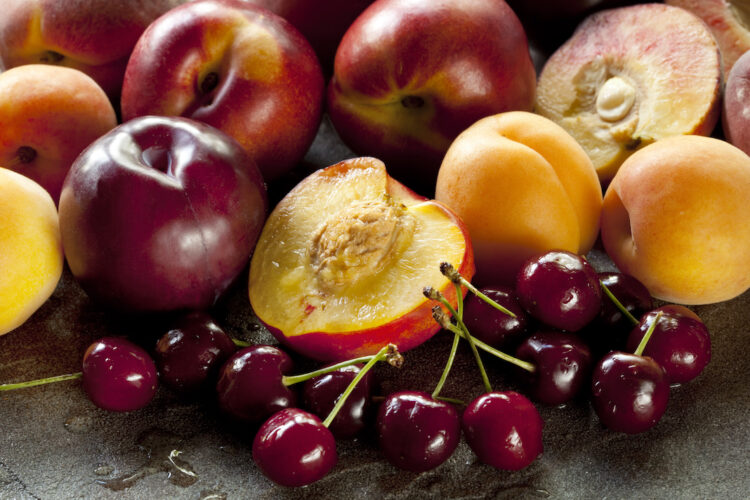 Stone fruit season unfolds in France like a summer Advent calendar, with each month revealing a new gift for your kitchen. Cerises (cherries), abricots (apricots), pêches (peaches), and prunes (plums) are some of the most popular stone fruits found in France, distinguished by their hard hearts and their plump, sweet exteriors. Most beloved of these fruits à noyau are Mirabelle plums and Reine Claudes (also known as greengages), which are nearly impossible to find in the U.S. because of importation laws around fresh produce. Mirabelles are often used for jams, while greengages are typically eaten fresh. Their flavor is so distinctive it takes on a Proustian significance, as in Rumer Godden’s novel The Greengage Summer, about an English family’s life-changing vacation in 1920s France.

Other, more quotidian stone fruits are generally baked and served with some kind of sweet cream, whether that’s a crème pâtisserie or a scoop of ice cream. They work wonders in a galette, clafoutis, tarte, or other pastry, and at the end of the season can be saved for the winter by making jars of confiture. 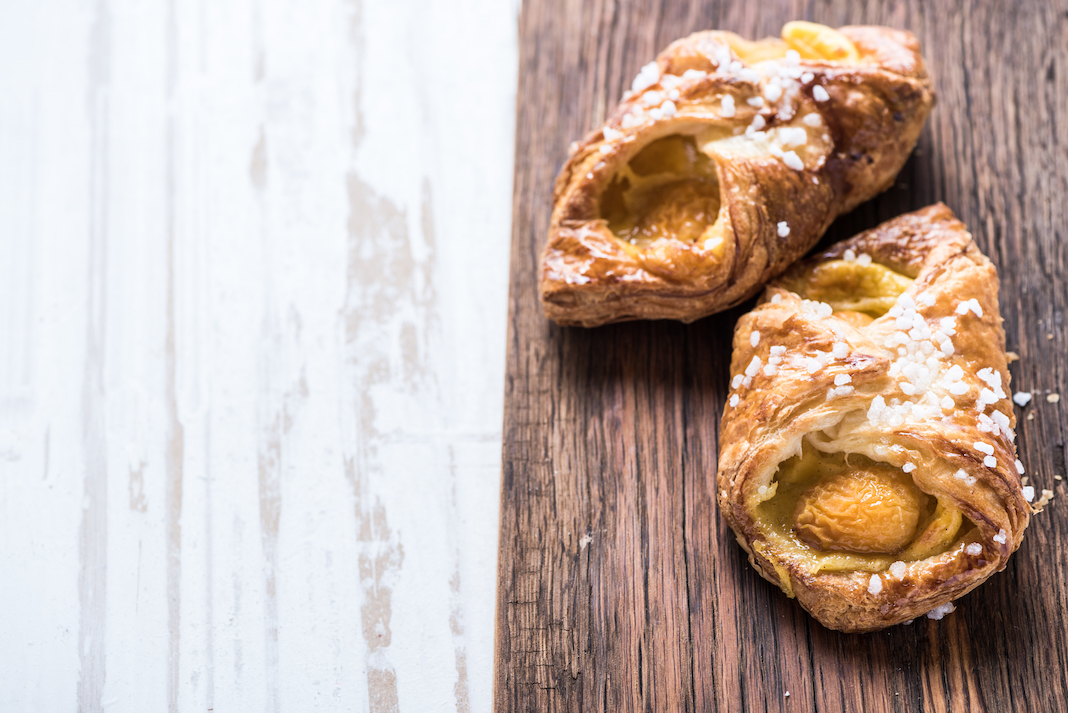 One of the underappreciated viennoiseries to be found at your local boulangerie, the oranais is named for the Algerian city of Oran. It’s a Danish-like pastry filled with cream and bulging out of either end is what looks like a couple of bright, shiny egg yolks. In fact, they’re apricots, typically canned, though you can use fresh ones instead.

…For the Pastry Cream

Step 1: Start with the pastry cream. Whisk eggs and granulated sugar. Then whisk in flour, cornstarch, and salt until the mixture is thick and becomes a paler yellow.

Step 2: Heat milk in a saucepan until warm. Begin to add the milk to the egg mixture 1/4 cup at a time, whisking as you go, until the mixture begins bubbling and reaches a pudding-like consistency. Add vanilla.

Step 3: Transfer pastry cream to a bowl and refrigerate for an hour.

Step 4: Preheat oven to 375°F. Remove pastry dough from freezer and allow to thaw. Line two baking trays with parchment paper. Cut pastry dough into squares, about four per sheet. (If your dough comes in rectangle sheets, save the excess for another project.)

Step 5: Spread a spoonful of pastry cream diagonally on each square from one corner to another. Place three apricot halves down this line of pastry cream, and fold the opposite corners of the pastry dough to cover the middle apricot. (A dash of eggwash will help the corners hold, and brushing some over the top of the pastry will make it come out pretty and golden.)

Step 6: Bake according to the box instructions for your puff pastry, about 10-20 minutes, until golden and puffy. 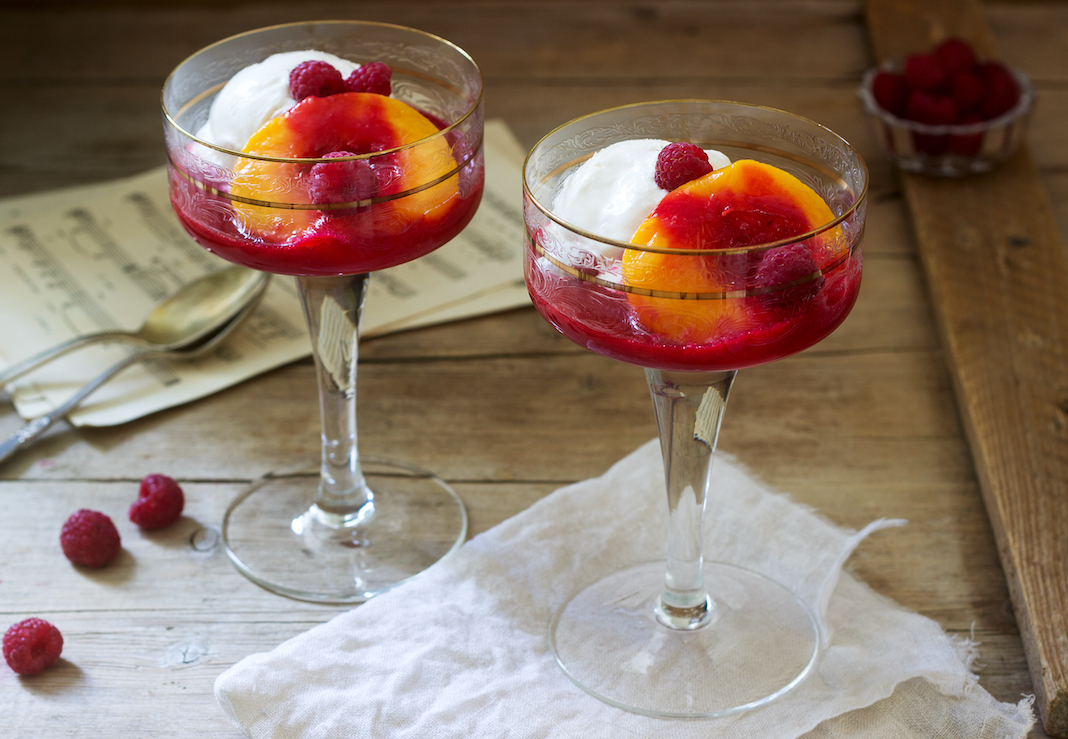 Step 1: Blend raspberries and sugar in a blender or food processor to make the sauce. Filter through a mesh sieve to extract seeds and pulp and set aside.

Step 2: For the peaches, heat sugar and water in a saucepan or skillet until boiling. Add the peaches to the pan, reduce heat to a simmer, and cover. Poach for three minutes on either side. Remove from heat and allow peaches to cool in their juices. 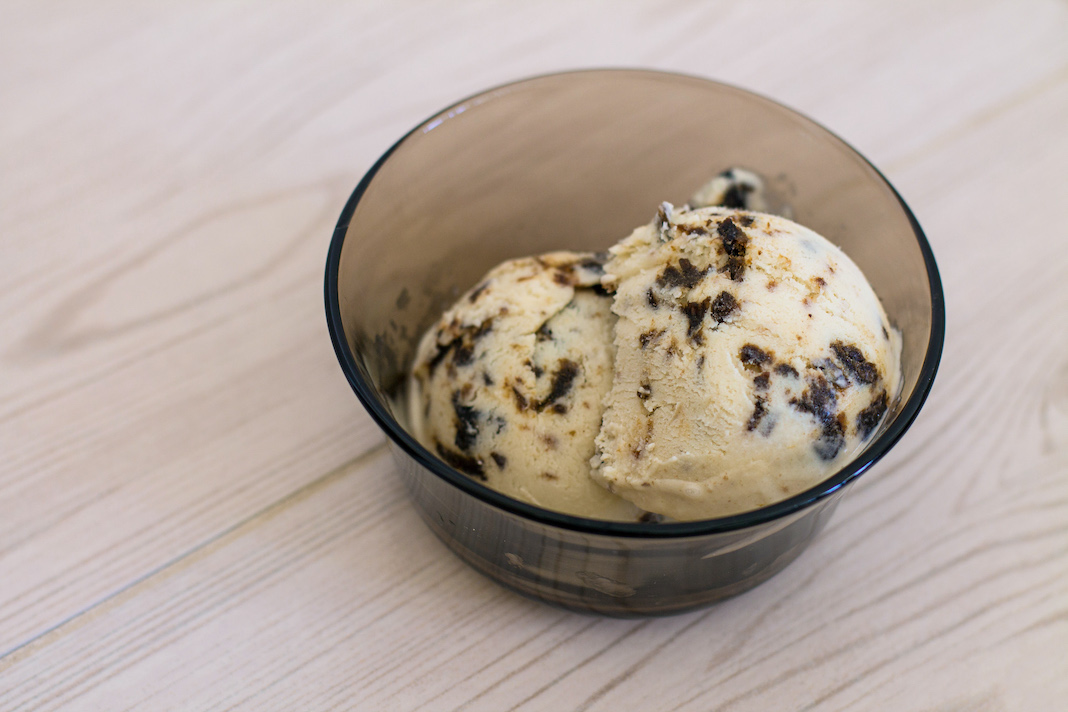 While this might not sound like the first thing you’d think to order, prune Armagnac ice cream is a classic dessert from Southwestern France. Armagnac, a brandy similar to Cognac, combines with the rich sweetness of prunes, or dried plums, to create a strong flavor with lots of depth. For this recipe, you can purchase prunes that are already dehydrated from the store, or dehydrate fresh plums, which should be done a day in advance.

3 tbsp. Armagnac (or Cognac if unavailable)

Step 1: To dehydrate plums, halve and pit the plums, then layer them on a rack over a cookie sheet in the oven. Cook at the lowest temperature possible (180-200°F) for about 8 hours. Alternatively, you can use a dehydrator.

Step 2: Place prunes in a skillet and cover with water. Cover and simmer for ten minutes, then remove from heat and let cool. Once the prunes have cooled, drain the water and blend the prunes with the Armagnac in a food processor until smooth.

Step 3: Fold the prune-Armagnac mixture into your ice cream and serve. 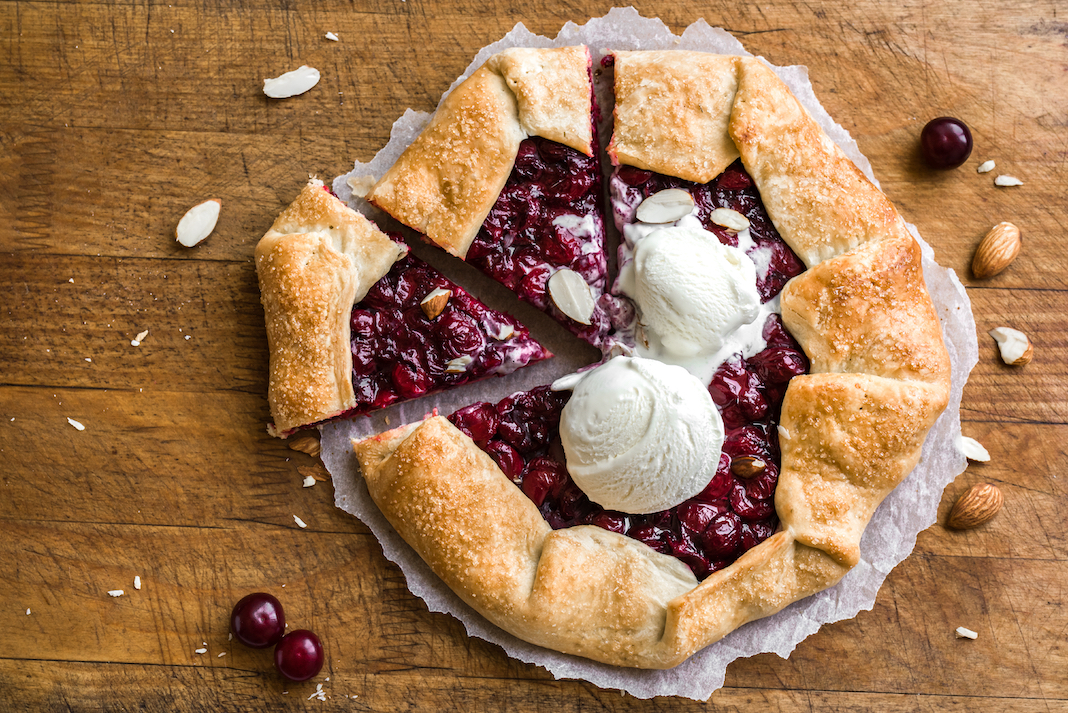 The galette is to a pie what a lazy Sunday morning is to the rigidly structured work week. It’s no fuss, no frills, all flavor. Though a galette can be made with just about any fruit, we prefer cherries, which are mostly grown in the Southeastern part of France.

Step 1: To make the crust, combine flour, sugar, and salt. Pulse in food processor with butter until crumbly. Add 3-5 tbsp. of cold water and mix until dough has formed. Refrigerate dough in plastic wrap for 30 minutes.

Step 4: Remove dough from fridge and roll out until about 1/4 inch thick. Place cherries in the middle, and fold the ends of the dough over the top of the cherries to create your crust. Brush the crust with egg and sprinkle with sugar if desired.

Step 5: Bake the galette for 40-50 minutes, until golden. Allow to cool to room temperature, then serve with vanilla ice cream, or homemade whipped cream.