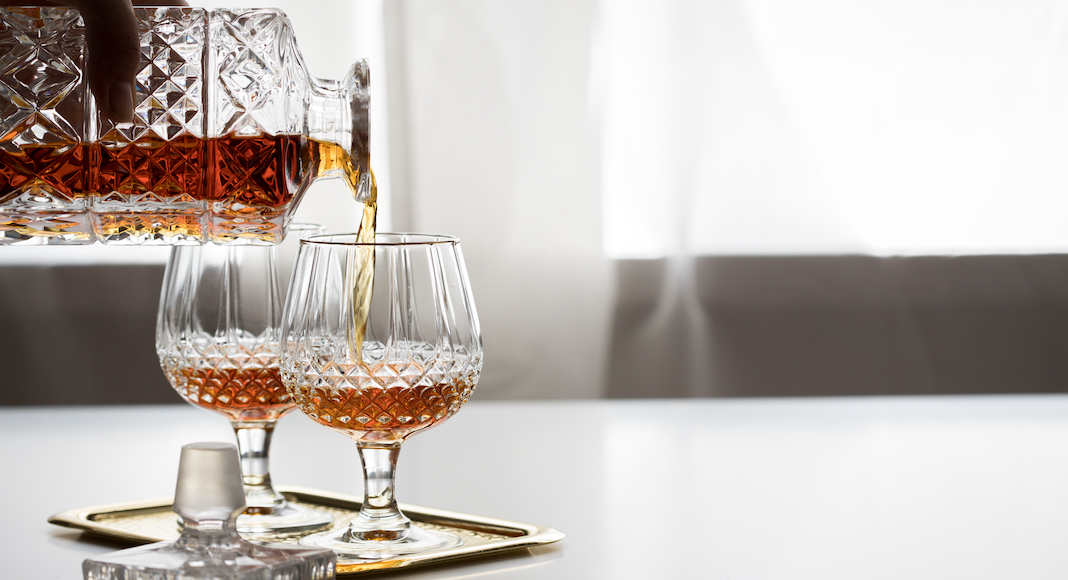 Everything You Need to Know About Armagnac, Southwestern France’s Other Famous Brandy

When it comes to French brandies, you might think cognac is the only game in town. But this heavily-marketed spirit has an older, more artisanal cousin, the kind of beverage you need to be in the know to come across. We’re talking about Armagnac, which has enjoyed a niche popularity for centuries, though it is little known outside of France. We spoke with Tom Fiorina, holder of France’s prestigious Diplôme National d’œnologue wine expert certification, and longtime blogger behind The Vine Route, to find out more.

Could you tell me a little bit about the history of Armagnac, and its relationship with the region?

Dating from the 13th century, Armagnac is the world’s oldest brandy. It can only be made in Southwest France, in what historically was called Gascony. Originally used for medicinal purposes, Armagnac the spirit can be traced to the early 15th century. Armagnac is the product of three innovations: the grapes from vines brought by the Romans, the oak barrels developed by the Celts, and the Alembic still, brought by the Moors and used to distill liquids by heating to selectively boil and then cooling to condense the vapor.

It can only be produced in one of three sub-regions: Bas Armagnac, Tenarèze and Haut Armagnac. The spirit, depending on where it is produced, has different characteristics, primarily because of the “terroir” effect of different soils, climate, and topography of the land.

Armagnac is often confused with and compared with Cognac. Both are wine-based spirits (eaux-de-vie de vin) from Southwest France. The two brandies are made in essentially the same way from white grape varieties. Traditionally, Cognac is made from 98% Ugni Blanc grapes, while Armagnac producers primarily use four grape varieties: Bacco, Folle Blanche, Ugni Blanc and Colombard. The best Cognac grapes are grown on chalky soil with predominantly mild temperatures. The best Armagnac grapes, which arguably come from its westernmost sub-region, the Bas Armagnac, are grown on sandy soil with predominantly warm temperatures.

In brief, Armagnac is more deeply flavored, weightier, earthier and darker in color than Cognac. Cognac is slightly lighter, finer and fruitier.

When ready Armagnac is aged in oak casks made from dark Gascony oak wood. The aging process takes 4 to 20 years, during which time, because of the alcohol evaporation, the brandy finishes with an alcoholic content between 46° and 48°. Cognac is reduced with petites eaux (a blend of Cognac and distilled water) to 40°.

There are historical and financial reasons why Cognac is much better known than Armagnac. Personally, I had never heard or tasted Armagnac before moving to Southwest France. Because the Charente department, where Cognac is produced, has easy river access to Bordeaux, and its historic wine-exporting capabilities, this brandy benefited from British and Dutch investment in the wine trade. Armagnac producers were caught in a geographic trap; transporting the distilled spirit to Bordeaux overland was problematic.

Cognac sales are primarily driven by four, powerful Cognac Houses: Hennessy, Martell, Rémy Martin and Couvoisier. Between them, they export 98% of the bottles of cognac produced. Armagnac production isn’t global; only about half of the bottles made are exported. There isn’t a single global Armagnac brand, with more than 40 commercial producers representing most of its production, and not counting the many farmers who distill their grapes mostly for home consumption.

But I would argue that this is the value of Armagnac, and why those interested in craft beer and spirits, particularly single-malt Whisky, should be drinking Armagnac. Cognac is, for the most part, a blended, standard spirit. Someone who buys a brand-name Cognac wants it to taste like the last bottle of the same brand that they purchased. Armagnac is artisanal, with important differences in the sense of place where it was made (the terroir), the grapes (including single-variety Armagnacs), the vintage (millésime), and its inherent complexity.

Although increasingly Cognac is labeled with one of the six appellations of the region, and, recognizing increased interest in craft spirits, there are vintage Cognacs, and single-vineyard and single-grape variety Cognacs.

What is the best way to consume Armagnac?

To truly appreciate good Armagnac, you need a Brandy snifter glass with a generously large bowl. This allows the aromas and flavors to blossom and to build inside the glass, enhancing the drinking experience.

Armagnac is generally enjoyed as an after-dinner liqueur, at the end of a meal, served neat, but Blanche Armagnac, a colorless Armagnac, bottled after just a couple of months of aging, can be a fresh and flavorful start to a meal if it is slightly chilled, or it can also be paired with smoked seafood, caviar, and carpaccio.

It is best to enjoy vintage or any older Armagnac at room temperature, but slightly warming the Armagnac by cupping the glass in the palm of your hand will help to release the aromas, enhancing the drinking experience.

Where should visitors go in Armagnac to try the best of this brandy?

During Armagnac distillation, which takes place in the wintertime (which is an excellent period to visit this region in Southwest France), there are many festivals and events, and numerous dinners that are organized around the Alembic stills on different estates.

Sue Aran, whose French Country Adventures offers tours in the south of France, has an Armagnac tour in the Fall around the grape harvest and distillation of the brandy in the Bas Armagnac region.

The BNIA (Bureau National Interprofessionnel de l’Armagnac), an organization that controls and promotes Armagnac, is also an excellent source of information.

What Armagnac brands would you be likely to find in the U.S., and what should someone look for when picking a bottle?

Avoid Armagnacs packaged in what I call the luxury cognac look–heavy glass and glitzy labels, with a cloyingly rich, sweet taste. These are not authentic Armagnacs, and they’re aimed squarely at the Far East, luxury-goods market. Like Cognac, Armagnac is blended and labeled frequently with indications like V.S.O.P., X.O. and Reserve to show the minimum age. Avoid these, unless it’s the only sort of Armagnac that you can find.

Try to find vintage Armagnacs, which, in comparison to aged malt whisky, are great value. A bottle of Armagnac from an early 1980s vintage might be found for around $125, while a malt whisky from the same era could cost over $1,000. Vintage Armagnac is a great way to commemorate a birthday or anniversary.

Charles Neal, whose wife is from the Armagnac region, wrote, in my opinion, the best English-language guide about Armagnac, Armagnac: The Definitive Guide to France’s Premier Brandy (somewhat out-of-date, as it was first published in 1998). His online store, Charles Neal Selections, offers an excellent selection of Armagnac.

Is there anything else we should know about Armagnac?

Education is very important in appreciating Armagnac. Cognac might set sales records, but Armagnac is a connoisseur’s drink, and, like under-the-radar wine appellations that often deliver better value and enjoyment than big-name wine regions, France’s oldest brandy is beloved by professionals and others in the know.

Barmen now make a wide variety of cocktails with Armagnac, and the BNIA is heavily promoting this effort to expand sales of the brandy.

Similarly, another way to enjoy Armagnac is with white or red (depending on the color of the grapes used) Flocs de Gascogne, a refreshing combination of two-thirds fresh grape juice and one-third young Armagnac. This vin de liqueur (a fortified sweet wine) has existed in Gascony since the 16th century. It is mostly used as an aperitif, but it also can be a dessert drink. It should always be consumed while cool, and it is superb on ice. It goes beautifully with foie gras (albeit difficult to find in the U.S.), cheeses and fruity desserts. Floc should be drunk within a year after the production. Once a bottle is opened, it may be stored for up to three months in the refrigerator.

One of the best, which is available in the U.S., is a white Floc de Gascogne made by Domaine Chiroulet. It’s made with Gros Manseng, Ugni Blanc, Colombard and Sauvignon Blanc, combining notes of freshly squeezed grapes with white fruit and Armagnac.

I hope that Armagnac never becomes too mainstream, or it may lose its authenticity. Enjoy it, but don’t tell too many others.