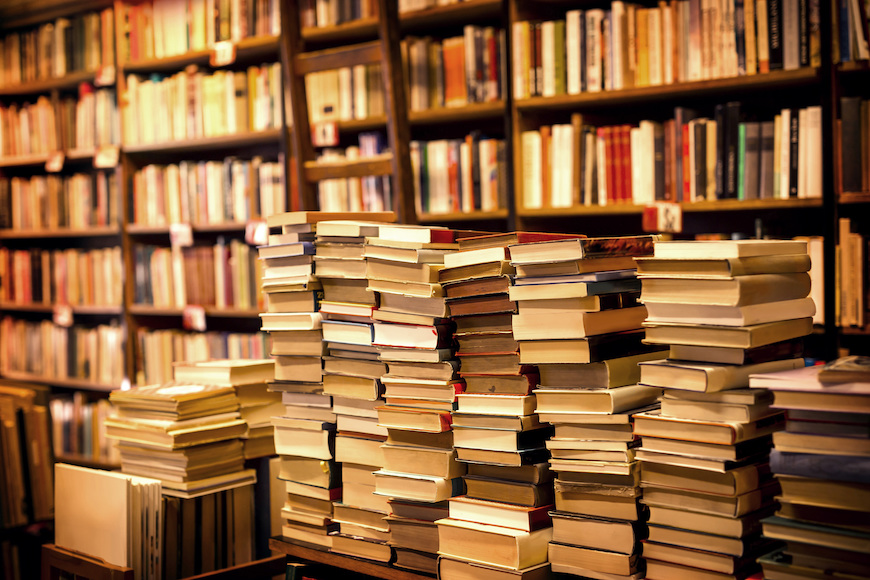 The Swiss group wants to keep in touch with its customers, like Le Furet du Nord and some other French booksellers who have not stopped their activity. By Valérie Marin La Meslée

We’re not going to leave our customers without books! Such is the cry, among others within the group, of the manager of the Payot bookshop in Lausanne, the largest of twelve under the Swiss brand, which succeeded, on Monday, April 6, in reopening for volunteer staff to start delivering physical books again: “We had closed the bookshops to the public on March 16,” explains Payot’s CEO, Pascal Vandenberghe, “to deliver only online, from the bookshop’s stock of 100,000 titles. But demand exploded [multiplied by four, editor’s note], and working conditions were no longer in line with health regulations.”

Forty people passed each other in this 21,000 square foot store for “picking,” with the act of going to the shelves to get the requested book becoming much too risky for the staff. “I made employee safety a priority and we stopped deliveries of print books, selling only digital books, while we rethought the model.”

In two weeks, Payot readapted its circuit, and overhauled the computer system’s database. Supply now comes from outside, and delivery is made to the Lausanne store, where orders are received, invoiced, and then delivered to the customers’ homes. “Some suppliers have closed down, such as Hachette or Media-Participations, but others remain open, and distributors in Switzerland still have stock.” Of course, delays will be extended by a saturated postal service in Switzerland and elsewhere. But the main thing, according to Vandenberghe, is that people are once again considering books as a basic necessity. “For those of us who dedicate our lives to it, and for many readers, the book once again appears as a ‘product apart,’ which makes it possible to combine earthly foods with equally vital spiritual foods, especially in times of confinement.” Thirty people have therefore been brought together on a voluntary basis, and others will be called for the reserves, so that in Lausanne they will find “both manpower as well as staff with the specific skills needed.” Needless to say that the reopening was done with ground markings, masks and hydraulic gel… The avowed objective of this local initiative? “To maintain customer relations and avoid the switch to Amazon in the moment, and especially long term, even if this initiative will not compensate for the loss of traffic.” And this first day requires the installation of a fourth server, to meet a demand 3 to 4 times greater than the first week of April last year, indicated the group.

In France, several sites already offer the same home delivery service. In addition to Amazon, which has slowed down its book business to focus on other sectors, lalibrairie.com, Fnac, Cultura, and the Furet du Nord chain, which recently acquired Decitre (31 bookstores in all), are continuing the battle for print books. The Decitre.fr and Furet.com sites are thus sourcing their supplies from their usual partners on their logistics platform near Dijon. “It’s very difficult to work as a team,” explains Jacques-Olivier Cuenin, marketing and communication director, “given the current context. We are taking all barrier measures to maintain the highest level of security for our teams present.” The post office and Chronopost continue to ensure these home deliveries. “However, we can no longer deliver to our two stores in Belgium. Delivery is changing strongly day by day and depending on the region. We are working hard to develop the free and paid Ebook offerings to improve fast access for our customers.”

The boom in the purchase of digital books, without the risk of contact, comes as no surprise to anyone, but fails to compensate for the considerable drop in sales. Pascal Vandenberghe explains that “even multiplied by 5, this only represents 4 to 5%.” For many booksellers in France with a web presence, digital books are still the only way out, considering that, following the lead of the French Booksellers Union, the doors of shops closed to the public as soon as the call for containment was made. If Bruno Le Maire had been ready to reconsider the essential status of books in a country where newsstands, supermarkets, and smoke shops are just some of the businesses currently risking the lives of their employees, his proposal would still have made no difference. This means disappointment for the booksellers who had seen hope in this, thinking they could benefit, like their restaurant neighbours, from the possibility of opening a sales counter for a few hours a day or a week. But it’s a relief for most of them, who could not imagine opening their doors in the time of coronavirus, even at a time when a book can be the best companion.

Applaud the health care staff at 8:00 p.m. and keep the bookstores open.

The representative of the Booksellers Union, Guillaume Husson, insists on the fact that, “while some of them continue here and there to serve customers through marginal local activities, the majority have understood that we can’t advocate ‘zero slackening’ to the French, applauding the nursing staff at 8 p.m. and keeping bookstores open. Respecting confinement means getting out of this situation as quickly as possible. Even if anxiety is growing in the face of the catastrophic year that awaits the profession, it is not the few books sold by bicycle delivery that will change the hand we’ve been dealt. We can’t afford to put booksellers, customers, delivery people at risk for a symbolic action.”

And when we ask him about the danger of seeing readers switching to digital reading and, above all, ordering from goliath online retailers, Guillaume Husson gives a completely different post-crisis reading: “The trend that was already beginning, to consume in a way that makes sense, that is more responsible, more intentional, is going to accelerate, and the answer to this is precisely independent bookstores.”

At the Obliques bookstore in Auxerre, the wisdom of closure is reinforced. “We made this decision very early on,” confides Grégoire Courtois. “Obviously, we’d all like to reopen our bookstores. But all year long, we defend the downtime, the unsold books, with a clientele that is getting out of step with the times. Literature reflects on the long run, far from the frenzy of getting a title within 24 hours. We should be wiser than to think closing for a month is sufficient when our interest is to reopen under the best conditions.” In spite of the cash flow problems that await him as much as his other colleagues, this bookseller prefers to sacrifice this period: “There are people who are dying,” he says, rejecting any other argument. It’s worth mentioning that he is confident about the return of loyal customers in a town like Auxerre, who slip little notes under the closed door, as they wait.

At the risk of being fined?

The same confidence in consumer relations can be found in the shopping centre of Autun, where, explains Évelyne Levallois of the bookshop La Promesse de l’aube, it is the town council, the mayor’s office, and the association of shopkeepers who have proposed a free shuttle to make home deliveries, including books. “I wouldn’t have reopened without this proposal. I go back alone to the bookshop where I prepare the orders and drop the bag off at the town hall for the weekly shuttle, to support shopping locally.” The bookshop has reactivated its website via the leslibraires.fr platform, where its entire stock can be consulted: “It’s my wealth,” Levallois says. There are 51 municipalities that can benefit… Since the beginning of the operation, about sixty books have been sent to their readers, mostly for children and teenagers. “The bookstore does not exist on its own, it is a gamble on returning to independent commerce by preserving habits. A means of winning the ‘ideological battle’ of living together to the detriment, certainly, of the economy.” In Pornic, the bookseller l’Encre bleue delivers to the neighborhood by bicycle. In Paris, at the corner of the Canal Saint-Martin, the Canal Bookshop delivers to homes within a 15-minute walk, and the manager is so overwhelmed by requests that she can’t be reached on the phone! But in Albi, the Attitude bookshop (with four stores in the region and an independent website) is struggling and inventing the “[email protected]” program in the face of customer support messages. Until April 6, they were picking up their orders at the Maison de la Presse du Vigan Solidaire. But they are not stopping progress in terms of security, and a new service has just been created: “I’m locked in a bookstore that’s no longer in business,” says Marie, “I take out the books that have been ordered, I give the customer a call, put the book in the basket where they can pick it up, with no contact between us.” But this is notably different from other bookshops using a courier service like the one in Bastia, A Piuma Lesta, which experienced a surreal and yet very real situation via one of its customers who came to pick up manga for her daughter and was fined 135 euros by the Corsican gendarmerie, as she told the news website Actualitte!

Authorized driving and fines? Here we lost our Corsican, but the final word without a doubt goes to the bookseller Attitude. At a management meeting following this incident, the bookshop decided not to stop its courier service: the autonomy of payment through its own website means that it does not have to enter into any contact with the customer, except by telephone, which is not (yet?) subject to fines.

This article was first published on Le Point and is published here in partnership.