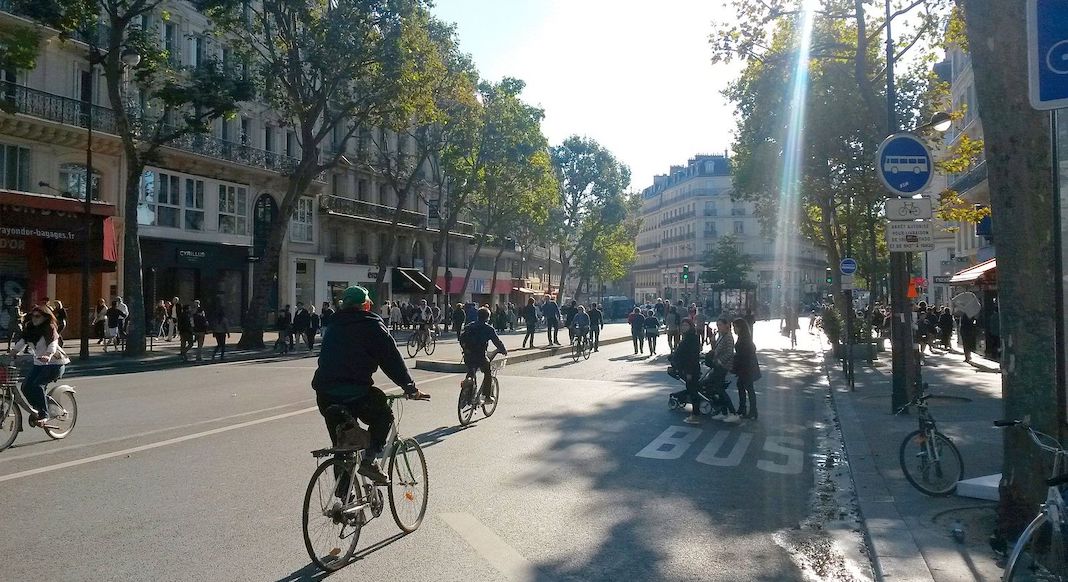 Enjoy the Peace and Quiet: Paris Will Be Car-free on September 22

No car engines purring over the sounds of birds in Jardin de Luxembourg, no Renaults blocking the perfect picture of an adorable café in the Montmartre, no revving motorcycles intruding on your thoughts as you stroll along the Champs de Mars. On Sunday, September 22, Paris will be car-free from 11 a.m. to 6 p.m.

This will be the fifth time that the city has closed to car traffic for a day. Not even diplomat’s cars, vehicles belonging to members of the press, or electric cars will be allowed.

Anywhere inside the Périphérique, plus the Bois de Boulogne and the Bois de Vincennes, will be empty of cars, with a few exceptions (emergency vehicles, buses, a few tour buses, cars with handicap tags, delivery trucks, moving vans, cabs).

What’s allowed: walking, rollerblades, bikes, electric bikes, running, electric scooters, gyropods (monowheels), unicycles, skateboards, etc. Because so many pedestrians will be criss-crossing the streets, the speed limit has been lowered for the few vehicles allowed on the road. That speed limit will also apply to electric bikes, electric scooters, and monowheels, all of which, the city of Paris would like to remind its citizens, are still not allowed on the sidewalk.