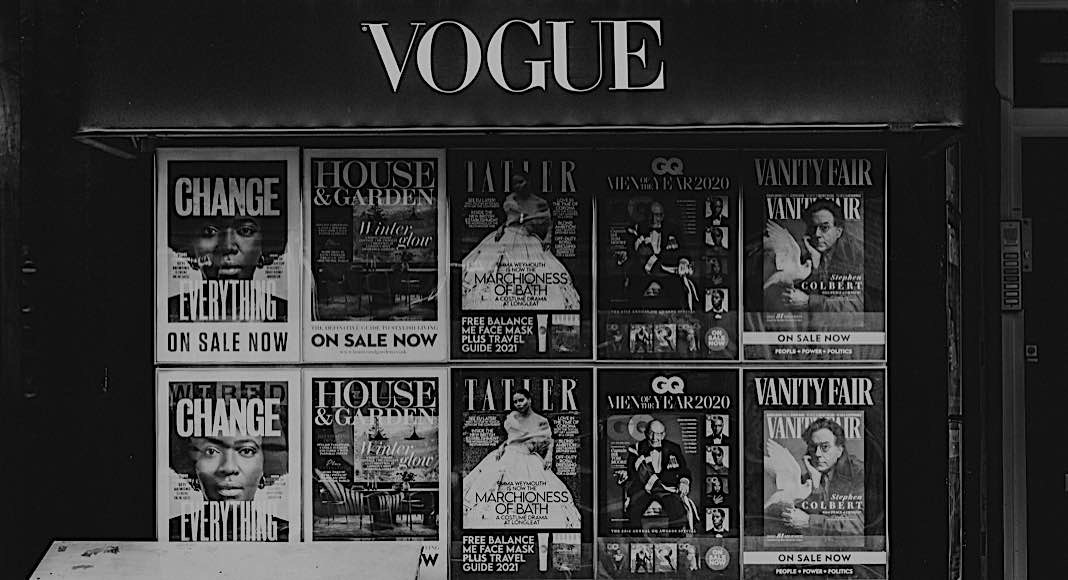 On October 26th, 2021, Vogue Paris officially announced that it was changing its name to Vogue France–on Instagram, that is. The first Vogue France edition will be published on November 4th and it will be dedicated to the cultural richness of France and will advocate for diversity and inclusivity, announced the magazine’s Editor-in-chief Eugénie Trochu. “From Paris to Marseille, from Lille to Strasbourg, our identity is not born from a single place and Vogue represents the best of emerging talents and voices,” wrote Trochu. “We’ll build on a hundred years of defining cultural history, but meet the moment we’re in now and most importantly, reflect the France we live in today.”

As I saw the post, I couldn’t help but wonder how Vogue Paris was able to survive World War II when Hitler tried to move the fashion capital to Berlin, and yet it couldn’t survive millennial woke culture helmed by Vogue America’s Editor-in-chief Anna Wintour.

“Comment Vogue a rayé Paris de la carte,” (How Vogue wiped Paris off the map) headlined Le Figaro at the first note of the news. The article claims that Vogue Paris is in danger of losing its soul as Anna Wintour is pushing American values onto a Parisian magazine that has come to represent so much more than just the city itself.

For 100 years of its existence, Vogue Paris proudly held on to its name and the name of the City of Light, which is also the fashion capital of the world. It was also the only edition of Vogue to hold a city name, as other versions all refer to the country they are based in: Vogue America, Vogue China, Vogue Mexico, etc. But Vogue Paris was more than a country and more than a city, it was the heartbeat of fashion and the most important fashion publication in the world. Those five letters V-O-G-U-E were married to another five letters P-A-R-I-S. And just like that, earlier this week, it ceased to exist…

As a journalist and a fashion lover, I started my career at L’Officiel, worked at the men’s fashion magazine, Essential Homme, and wrote for a variety of fashion publications including, Vogue Mexico, Coveteur, etc. And despite the fashion world’s uncanny resemblance to the (often nasty and negative) world portrayed in the movie, The Devil Wears Prada, I honestly love it! It gave me my voice, my character, and all the strength in the world to confront even the pandemic. With fashion as my muse, I learned to express myself, and my thoughts about the larger world and current events, through writing.

When I was 21, I bought my first Louboutin’s–those famed red-sole stilettos–and I thought that I was on top of the world because they represented a certain fashion autonomy for me. I had only read about them previously in Vogue (Vogue Paris, that is,) and nevermind that they cost half of my salary. Fashion is just that: a way of renegotiating life’s terms, following social changes, and recording history.

I studied journalism in La Sorbonne Nouvelle and watched Parisian fashion pass me by everyday, whether it was through Messy Nessy Chic’s’ window or even within my classes. I remember I made a friend in class one day–she is still one of my best friends, and is named Camille–and, if I’m honest, I wanted to be her friend because she was dressed in such a chic-yet-liberated-and-confident manner. White sneakers and a camel trench coat were her trademark–only to be adorned with a vintage Loewe bag that she carried liked a prized possession.

I learned, and later wrote for Messy Nessy Chic, about couture fashion during World War II. Even Hitler couldn’t rob Paris of fashion when he wanted to move its ateliers to Berlin. “You can impose what you will by force, but Paris’s haute couture is not transferable, either en bloc or bit by bit. It exists in Paris or it does not exist at all,” warned Lucien Lelong, head of the Chambre Syndicale de la Couture back then.

It might not be wartime, but there is much to be said about Paris’ influence on fashion. From the baroque grandeur of  the “Sun King,” Louis XIV, to the 20th-century “King of Fashion,” Paul Poiret, who led an era of fantastical haute couture, Parisian style has always led the fashion world. It continues to do so with Paris Fashion Week being the most important fashion week on the globe–and Vogue Paris its loyal purveyor through and through. With Vogue Paris being the only Vogue Magazine with a city name, it uplifted the city and its status as the global fashion police. Will this name-change potentially lower Paris’ fashion authority? Perhaps.

A post shared by The Girls on the Covers (@thegirlsonthecovers)

Socially-speaking, this change benefits the country; it brings attention to the whole nation and certifies “French” fashion, not so much Parisian anymore. But Parisian fashion cannot be compared to that from Marseille or, say, Bretagne, can it? Parisian fashion and Parisian Vogue go hand in hand and that is why in fashion we often talk about “parisian chic” and dressing like a “parisienne…”

My only hope is that Trochu delivers. I will keep my eye out for messages of French diversity, social rights, inclusivity, sustainability, and current events in what will now be Vogue France. Meanwhile, I’ll hold onto my vintage Vogue Paris issues as those will now be a rarity, and, perhaps, a potential eBay business.