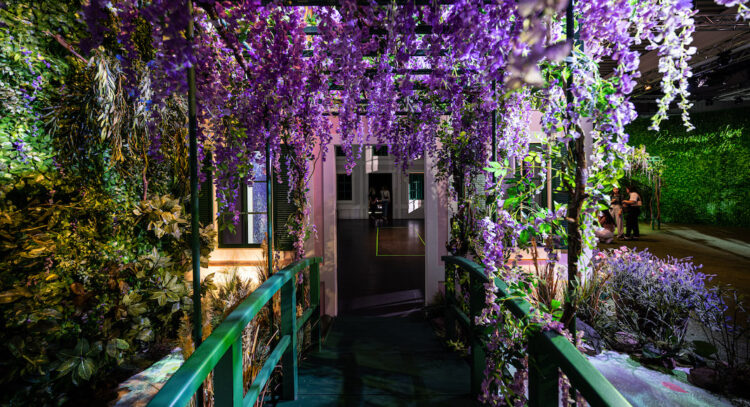 Like QR menus, masks on public transit, and WFH, immersive art experiences appear to be one more thing we started during the pandemic that seems to be here to stay.

The popularity of many of these exhibitions has driven a shift in how museums and art galleries approach development of new exhibitions, moving away from art objects and towards “art experiences.” Many of these immersive are experiences are created in partnership with tech companies who aim to create easily-transportable (and exportable) packages that can be executed in-house, simplifying the supply chain and concentrating profits. Museums are being designed to be more interactive and UX-friendly, while hundreds of years of oil paint and canvas is being reduced to a file on some corporate software engineer’s MacBook.

Van Gogh continues to reign supreme in the already-saturated immersive art world, with several distinct, but similar exhibitions covering the Dutch Impressionist’s work. Some include: Van Gogh Alive, Immersive Van Gogh, Van Gogh: The Immersive Experience, Beyond Van Gogh: The Immersive Experience, and Imagine Van Gogh: The Immersive Exhibition. The popularity of these exhibitions is attributed by some to the Netflix show Emily in Paris, everyone’s love-to-hate comedy from Darren Star, starring Lily Collins as an insufferable American expat in France. The show’s drippy first season, which dropped in October of 2020, featured an episode in which Emily visits the Van Gogh exhibit at the Atelier des Lumières in Paris. Netflix’s most-watched comedy of 2020 gave many Americans their first glimpse of this kind of immersive art, and stirred a hunger for more as art spaces tentatively reopened mid-pandemic.

Other artists to receive the immersive treatment are Dalí, Gaudí, Frida Kahlo, Cézanne, and Picasso, with an astonishing preference shown to colorful impressionist and surrealist art of the late 19th and early 20th centuries. (Though the genre is expanding to include some wild cards, like an exhibit in Paris dedicated to The Adventures of Tintin comics.)

This fall, both a new French immersive art space and a new French art exhibit are coming to New York. But they will have to work hard to distinguish themselves.

Starting November 1, 2022, Monet’s Garden The Immersive Experience is coming to Wall Street. The runtime is 90 minutes, and tickets cost about $41 after fees (or slightly less if you go during “off-peak” hours). The show is produced by the Swiss creative lab, Immersive Art AG, and Alegria Konzert GmbH. It’s a short-lived exhibition, running only through January 8, 2023, and tickets are already selling out. Narration is available in multiple languages, and the interactive exhibit is scored with a classical music soundtrack. The producers seem keen to emphasize the power of scent in the exhibition, with lavender smell-o-vision meant to bring viewers deeper into Monet’s lush gardens. The program opens with the artist’s earlier works and the founding of Impressionism, and closes with Monet’s famous water lilies, which, in their original state as a painting, are already something of a proto-immersive experience. “Bringing this experience to the cultural capital of North America makes us extremely proud and is an honor,” says producer Dr. Nepomuk Schessl. “We have found the ideal space in which to blend history and technology, urbanism and nature. We couldn’t be more excited to open our doors to New Yorkers and visitors alike.” 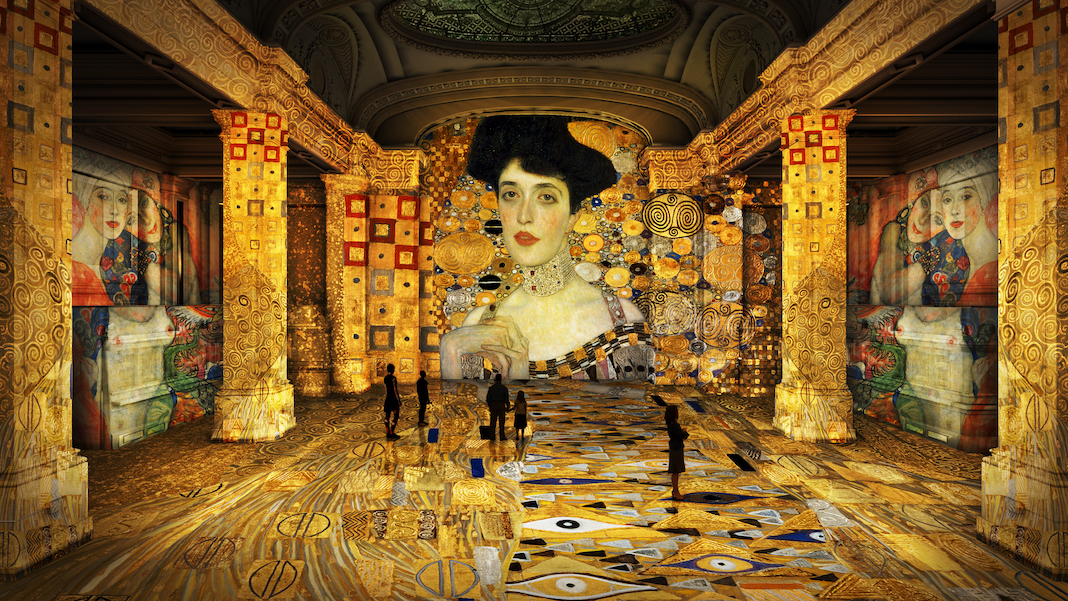 Also downtown, the Hall des Lumières has set up shop in a Beaux-Arts building across from City Hall in what was once a bank. In 2020, a collaboration was announced between Culturespaces, the arts organization behind both the Atelier des Lumières and the Hall des Lumières, and IMG, a global sports, events, and talent management agency based in New York. The bank hall was restored, and opened in September 2022 with its inaugural exhibition, Gustav Klimt: Gold in Motion. This mirrors the Atelier’s inaugural exhibition in 2018, which was also based on Gustav Klimt. Advance online tickets run around $36 after fees, and the website warns that buying tickets on the fly at the box office is more expensive. Visitors will also be able to view other, smaller exhibitions that run alongside the main Klimt production.