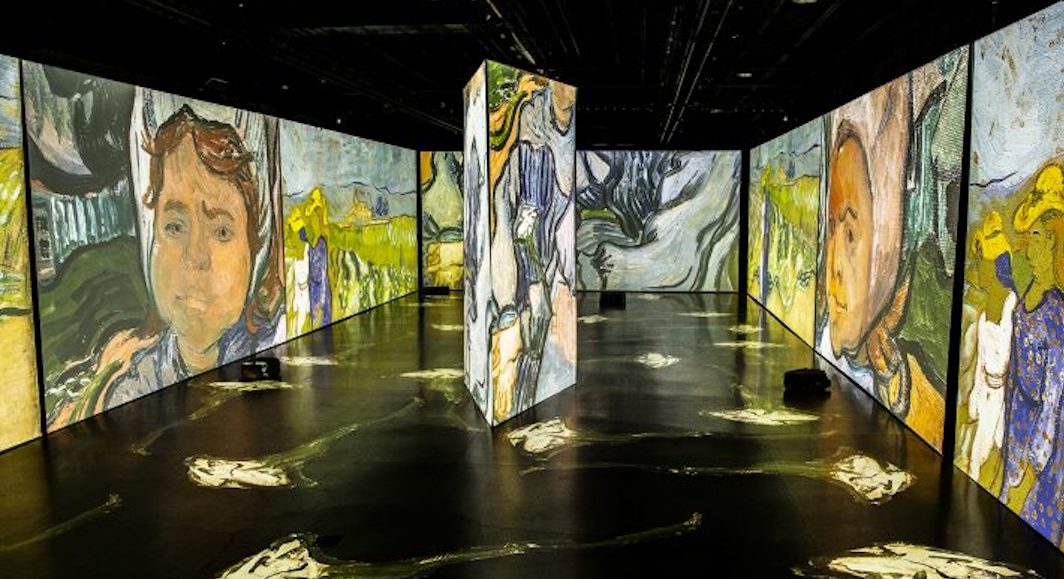 Already the star of many virtual exhibitions in Europe and Asia, the Dutch painter is now seeing his works projected in XXL format throughout the United States.

“Imagine Van Gogh: The Immersive Exhibition”, “Van Gogh: The Immersive Experience”, “Van Gogh Alive”, “Beyond Van Gogh: An Immersive Experience”, or “Immersive Van Gogh”… No less than five exhibitions dedicated to Vincent Van Gogh are currently open or set to open this summer in about thirty cities in the United States. All of them promise the same thing: to take you on a journey into the painter’s pictorial universe through giant projections of his most beautiful paintings, with immersive lighting and sound.

The first person to have had the idea of such an exhibition was the Frenchwoman Annabelle Mauger in 2001, after having attended a few years earlier the “Carrières de Lumières” festival at the digital art center of Baux-de-Provence in the Bouches-du-Rhône. This ancient geological site, from which limestone was extracted at the time, has become over the years a place of cinema and exhibitions where giant images are projected on the walls of the quarry. After having honed her immersive exhibition “Imagine Van Gogh” in the south of France, Mauger organized its first projection in Asia in 2011 at the ArtScience museum in Singapore, before bringing it to the Parisian public at the Grande Halle de la Villette in 2017. Victim of its success, the “Imagine Van Gogh” exhibition has since been copied and developed by several other companies, which have organized exhibitions all over Europe and Asia, attracting the attention of several million visitors.

It is therefore quite natural that this impressionist wave is now breaking in North America, well helped by the Netflix series “Emily in Paris,” which features a scene at the original exhibition at the Atelier des Lumières. The problem? Viewers don’t know where to turn when faced with exhibitions that all have the same name and claim to be the authentic version. The content is also difficult to understand, since these immersive experiences promise more or less the same thing: “a dive into the heart of Van Gogh’s paintings”, “a huge space dedicated to Van Gogh’s work”, or “cutting-edge technologies at the service of Van Gogh’s work”. But one exhibition in particular, “Van Gogh – The Immersive Experience”, created controversy in the United States in March. Produced by Italian art director Mario Iacampo, this immersive experience uses the payment platform FeverUp, which has been criticized for the numerous refund requests it has received and not honored in recent months. The American association Better Business Bureau, which protects consumers during their online purchases, has warned consumers not to let themselves be fooled.

In New York, for example, there is a choice between this exhibition “Van Gogh – The Immersive Experience,” which will open on June 5th in the south west of Manhattan, and “Immersive Van Gogh,” scheduled for June 2nd in the south east of the island. To play the confusion up to the hilt, both experiences are presented at almost the same price: $44.9 and $40 respectively. Don’t get confused.