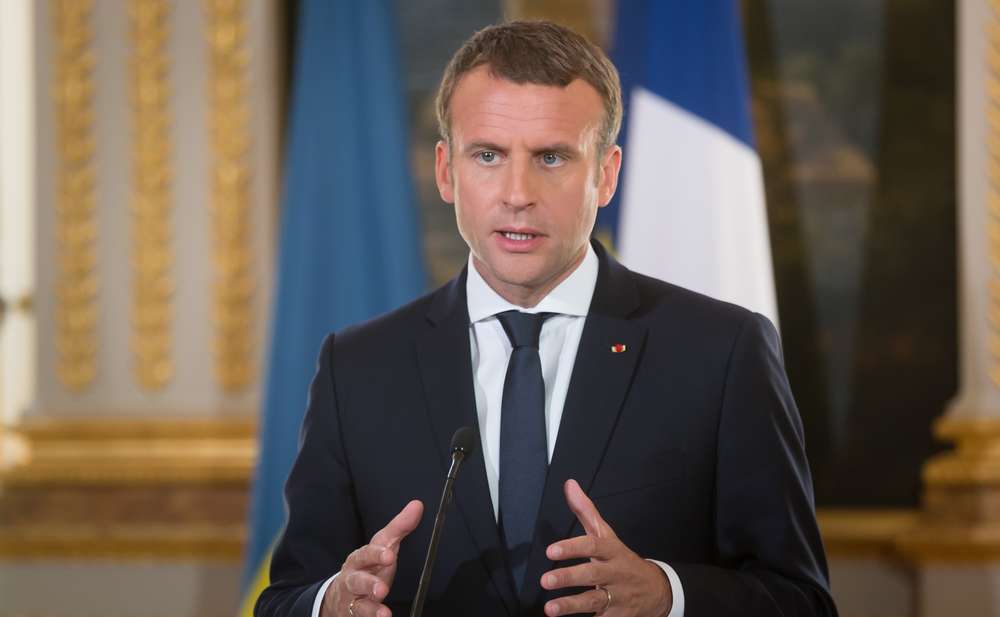 French President Emmanuel Macron has been in hot water lately because of his… makeup? Since moving into the Palais de l’Élysée three months ago, he has reportedly spent over $30,000 to look good. Apparently, makeup artist Natacha M. is assez cher.

The French are shocked — this after Macron demanded deep budget cuts?! Twitter is, of course, amused. The Elysée has promised to cut back on future make-up spending, but is this actually a lot for a French leader to spend on their signature style? Let’s look at history to see how others have done it.

Joan of Arc. She rose from obscurity to become one of France’s greatest leaders. How did she do it? Might her style have helped? Her custom-made suit of armor definitely cost a pretty centime.

King Louis XIV. He’s the one they called the Sun King, France’s mightiest monarch. King Louis was known for pithy sayings like, “I am the State.” And the man had style! Look at that wig — even Dolly Parton’s can’t compare. Plus, he was a fabulous dancer, hence the tights. Silk, no doubt. We’re talking serious argent.

Marie Antoinette. She started life as an Austrian duchess with no fashion sense. But when she got to France, oh la la! She got one of the greatest makeovers ever. Wigs, makeup, fancy dresses, the tightest corsets imaginable… these were not cheap, people.

How about recent French history? Is Macron’s focus on personal care out of line with other presidents of the Fifth Republic?

Charles de Gaulle. He led France during one of its darkest hours, rallying the nation to fight the Nazis and reclaim their freedom. What was his secret? Was it his strategic brilliance? His heroism? His soaring oratory? I’ve got two words for you: mustache wax.

François Hollande. This guy may take the gâteau. Concerned about his balding tête, Hollande spent an astonishing $14,000 per month on haircuts alone. Le Point estimates another €10,000 per month for makeup.

And how about other world leaders?

Justin Trudeau. Canada’s gem of a Prime Minister gets his luscious locks lopped off for a reasonable $40.

Queen Elizabeth. Let’s take a look at Liz on her coronation day. Let’s see… crown, orb, scepter… there are hundreds of carats of diamonds here. And the French are complaining about Macron spending a measly $30,000?

Donald Trump. You have to hand it to him: the man knows how to do hair. Talk about a signature style! And while there’s no telling what it costs to achieve that, um, interesting shade of orange, we can be sure that the bill is huuuuuge!

So there you have it. Macron wears a little makeup, sure, but when you divide it up to average it out, his $10,000 per month hovers in Sarkozy’s makeup territory, and is slightly better than Hollande’s haircuts. When you make it relative, it’s really not such a big deal… unless he starts looking like a member of KISS.