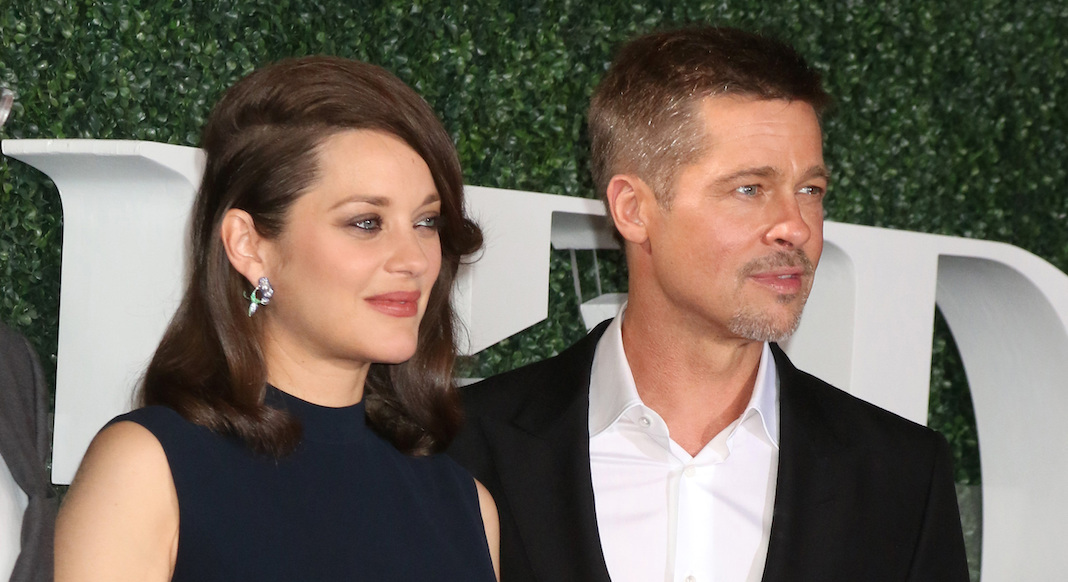 Yet another perpetuation of the French seductress stereotype as our favorite French bombshell Marion Cotillard is accused of breaking up Brangelina.

A successful actress and singer, Cotillard has been in a relationship with French actor and director Guillame Canet since late 2007. Cotillard and Pitt star together in the upcoming spy-drama Allied, which wouldn’t be a big deal if Cotillard were American. As a French woman, Cotillard faces the stereotype of being a seductress. Using the film and stereotype as evidence, American tabloids implicated her as the cause of Pitt and Jolie’s impending divorce.

“This is going to be my first and only reaction to the whirlwind news that broke 24 hours ago and that I was swept up into. I am not used to commenting on things like this nor taking them seriously but as this situation is spiraling and affecting people I love, I have to speak up. Firstly, many years ago, I met the man of my life, father of our son and of the baby we are expecting. He is my love, my best friend, the only one that I need …  And to all the media and the haters who are quick to pass judgment, I sincerely wish you a swift recovery. Finally, I do very much wish that Angelina and Brad, both whom I deeply respect, will find peace in this very tumultuous moment …”

Thankfully, the media appears to be widely accepting her statement as true, and letting Cotillard return to her family and career. Perhaps one the reasons why she was so quick suppress these rumors is that the allegations put intense pressure on two of the sorest spots in French and American culture: privacy and sex.

Americans believe that we own the right to the lives of our celebrities, sports figures, and politicians. They are our idols, our sweethearts, and their relationships, careers, and transgressions are akin to break room gossip about colleagues. Privacy is not an option.

In France, however, privacy is strictly enforced, especially with celebrities. When Cotillard says, “I am not used to commenting on things like this,” she really means it. In fact, the “right to privacy” really is a right in France. The French Civil Code guarantees the right of respect for private and family life. Cotillard’s quick rebuttal highlights this difference between the US and France.

While France is more conservative in their privacy laws, they’re far more liberal in their treatment of sex and infidelity. Though 21% of American men and 15% of American women admit to cheating in 2016, a study by the French Institute of Public Opinion (FIPO) revealed that a whopping 55% of Frenchmen and 32% of Frenchwomen cheat in their relationships.

Respondents to the FIPO survey, as quoted in Aziz Ansari’s “Modern Romance”, saw cheating as “natural” or “inevitable”, and offered that “you can be a good (person) and still have affairs.” Comparatively, Americans seems stringent regarding their feelings around promiscuity, with 84% saying that it’s “morally unacceptable” to cheat on one’s spouse.

Rebecca, an American who studied abroad in France, was surprised by the acceptance of infidelity in France. “My French host mother had been with her boyfriend for five years,” she explains, “and while I was there, she found out he had been pursuing other women. While she was upset, she shrugged it off, saying ‘As long as he comes home to me’. In general, it seems more accepted in France.”

53% of respondents to the FIPO survey think it’s fine to cheat on one’s spouse. Regardless,  cheating is where the conservatism of privacy and the liberalism of sex converge and conflict. In France, cheating may be perfectly normal when in private. Outwardly flaunting infidelity, however, is unacceptable.

In 2015, the Ashley Madison copycat app Gleeden faced legal backlash in French courts due to their bold faced subway and bus ads encouraging infidelity. Gleeden was ultimately forced to retract ads in seven cities in France.

Sexpert Debra Ollivier explains this seeming contradiction in the French attitude toward cheating: “Even if the French are more willing to accept that infidelity is part of the human experience, you do it secretly … To suddenly trumpet it as a recreational, commercial opportunity for anybody who wants to do it, it’s just vulgar. The French don’t like it. They’re not public, they’re private. They’re not confessional, they’re discretional.”

In all cases, the French prioritize privacy over the moral implications of infidelity. France’s President Francois Hollande cheated on his significant other with French actress Julie Gayet in 2013. Despite his role as the leader and political face of France, 77% of French voters still believed that the affair was a private matter and did not concern the public.

Cotillard’s quick response to a few days of rumors seems odd to Americans. It might even work against her, giving the media and biggest fans of Brangelina fodder to keep the issue going. For Cotillard, the public accusation of infidelity was slander.

The French tradition of discretion and privacy is embedded deep within the culture, and respected by the French people and press.

Americans and our press should take a page out of their book, and let it go. As the French say, c’est la vie.