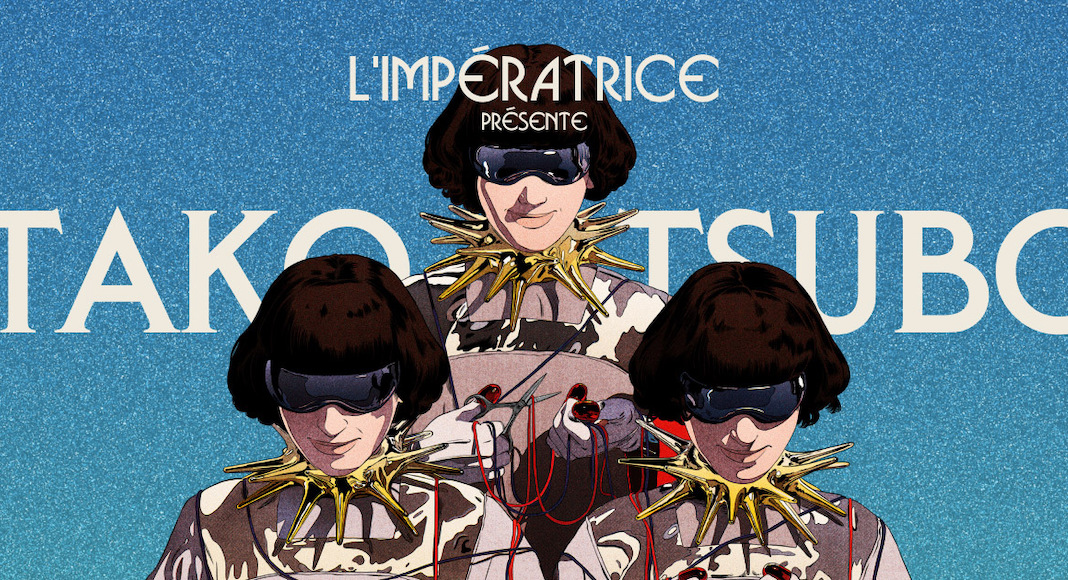 Three years after the release of their debut LP “Matahari” (which was re-released in 2019 with some English songs), L’Impératrice, one of the most successful French pop bands working today, has dropped a new album: “Tako Tsubo.”

The songs are characterized by a combination of funk, pop, and disco that L’Impératrice has perfected over the years. When listening to songs like “Anomalie Bleue” and “Voodoo?” it is impossible to sit still… you find your shoulders moving, your feet tapping, your body dancing of its own accord. Flore Benguigui’s mellow, whispery vocals make every line sound like a secret she’s saved up just for you, the perfect contrast to the opinionated interjections from bass and synths.

In fact, you’ll probably get so caught up in the bumping rhythms that it might take you a while to realize that this upbeat jam fest is really a breakup album. The title gives it away: “takotsubo” is the term for a stress-related heart condition that occurs after a painful life event… otherwise known as “broken heart syndrome.” The title track is less than a minute long, a moment of mourning serenaded by a synth organ with ocean sounds in the background that seems to speak entirely for itself. In “Tombée pour la scène,” Benguigui compares herself to a sad meteorite fallen to the earth. “Hématome” expresses disappointment about a toxic relationship. And the album ends with “Tant d’amour perdu,” a song about “all the love that’s been lost.”

Heartbreak aside, a lot of the group’s signature tongue-in-cheek humor is present throughout. In “Voodoo?” Benguigui takes on the role of a partygoer managing to find her groove despite the lameness of the party. In “L’équilibriste,” she sings about the difficulties of pleasing everyone with her music, saying that her lyrics “don’t make sense,” that everyone agrees they’re “pretty but blurry.”

There are some strong cinematic moments in the album, like the dynamic instrumental track “Souffle au coeur,” or parts of the melodramatic “Digital Sunset.” Hints of quarantine melancholia thread themselves into the songs for an album that is wide-ranging in terms of emotional effect.

As in “Matahari,” not all of the songs on the album are in French. Four are in English: “Submarine,” “Off to the Side,” “Voodoo?,” and “Digital Sunset.”

The band released a whopping five singles in the lead-up to the album release: “Fou,” “Voodoo?,” “Anomalie Bleue,” “Peur des filles,” and “Hématome,” as well as three different single remixes. The accompanying music videos were truly stellar examples of campy gore. The music video for “Hématome” featured Gorillaz-esque animation, with an actual gorilla trying desperately to become a human woman. The music video for “Peur des filles,” whose hilarious lyrics are about men being afraid of women because they “transform once a month” and “don’t have the same stuff down there,” shows an Edward Scissorhands type of pastel 60s suburbia in which a heavily-aerosoled Benguigui chops men’s heads off and has their decapitated bodies feed her grilled fingers.

In 2020, their world tour cancelled due to COVID-19, the band did a “virtual world tour” instead, where they streamed performances with “local” openers, and tickets were only available in the country of the show. The album release was paired with a surprise live concert streaming on YouTube, and the band is set to begin performing in-person shows starting in June.