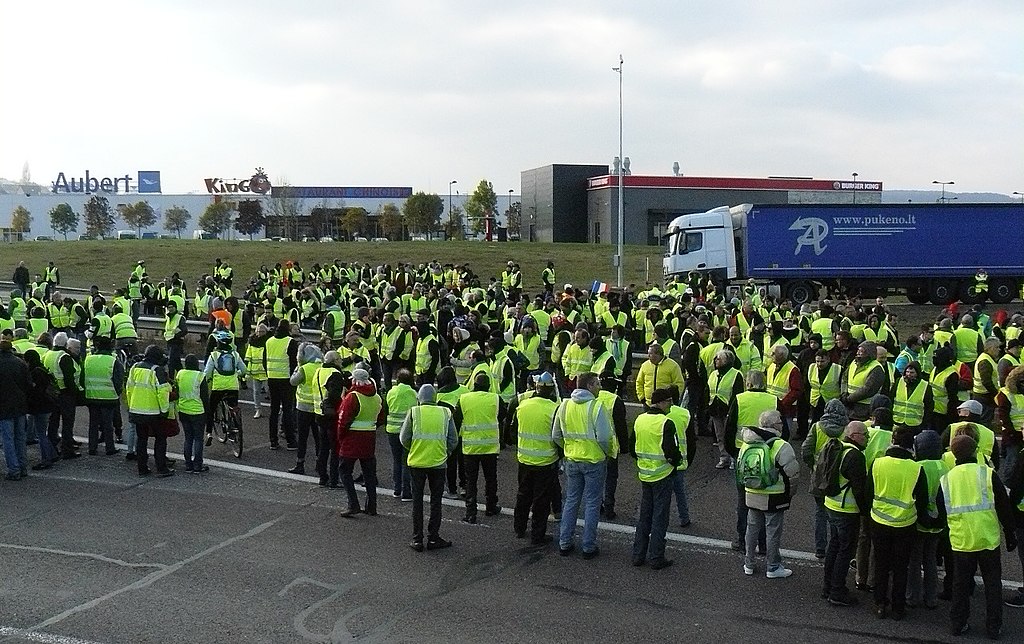 Hundreds of thousands of French people have blocked roads and marched through cities over the past week to protest a planned rise in the gasoline tax. These gilets jaunes, named after the yellow traffic vests every French person is required to keep in their vehicle, have snarled traffic nationwide and created havoc for commuters. Hundreds of people have been injured and one killed.

With so much disruption, you might think that French people would hate these demonstrations. But no, they love them! Two-thirds of those polled support the protests despite the headaches they cause. Less than a quarter of the French are opposed.

It’s been said that protesting is the real French national sport, so maybe support for the gilets jaunes just reflects the fact that the French love to protest. But is this true? Let’s look at some other protests to see.

The country’s labor laws have been reformed twice recently, once in 2016 by President François Hollande and again last year by President Emmanuel Macron. Each time the changes were met with long and sometimes violent demonstrations that caused big problems for the average French citizen. In 2016, for example, labor unions blockaded the country’s major oil refineries, causing a nationwide gasoline shortage and long lines at gas stations.

Despite these inconveniences, a clear majority of the French polled supported the protests in both 2016 and again in 2017.

So do the French support every protest? No — this year’s train strike, which shut down service intermittently throughout the spring and summer, was not appreciated by the average francais. Only a little more than a third of those polled supported the strike.

And then there’s the Taubira Law of 2013 that legalized gay marriage and allowed gay couples to adopt children. Huge demonstrations both for and against the law rocked the country, and perhaps not surprisingly, public opinion was almost evenly split.

One interesting question is what is actually being protested. For example, let’s take a closer look at today’s gilets jaunes. While protesting the gas tax, large majorities of those polled also see them as a protest against the government generally and President Macron’s economic policies in particular. So they are acting as a nationwide referendum on the president and reflect his current unpopularity.

While some protests garner wide support from the French population, others do not and it’s not clear why that’s the case. Maybe someone should do a poll on that.