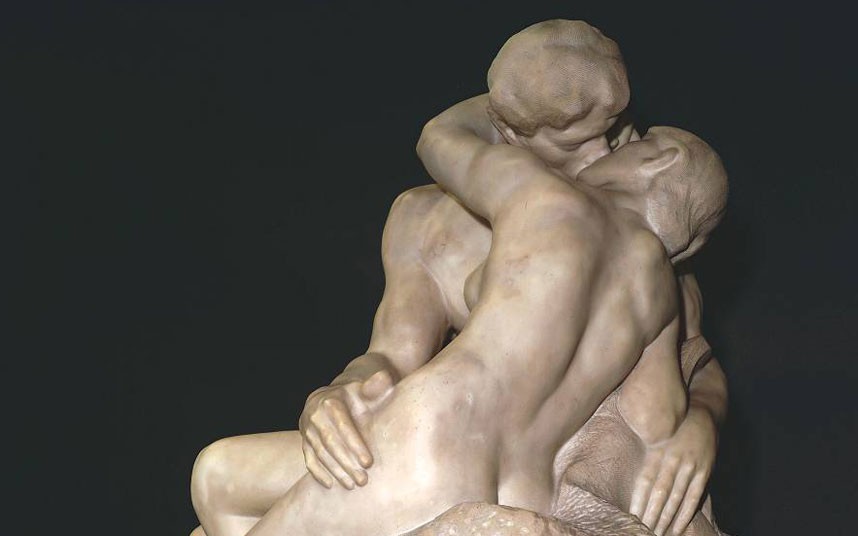 Is The French Kiss Even French?

Most of us know that simply slapping “French” in front of a word or phrase doesn’t really indicate any real ownership on the part of French culture: “French fries” are actually Belgian, “French work week” is just a verbal tic Jeb Bush has, and “French Stewart” is from Albuquerque, New Mexico. Those who enjoy the bright yellow tang of French’s mustard have Robert Timothy French to thank for rounding out their condiments, not France. It follows that, just maybe, the French kiss isn’t even French. Welcome to this week’s On Demande, where we will explore this mystery like, well, a tongue exploring someone else’s food cavern.

Andrea Demirjian, author of Kissing: Everything You Ever Wanted To Know About One Of Life’s Sweetest Pleasures and lifelong opponent of brevity, says that there are two schools of thought where the origin of kissing is concerned. Some anthropologists believe it’s just a natural, in-born thing we humans do, related to breastfeeding or the bird-like passing of a food from a mother’s mouth to her offspring’s mouth. Because that is intensely gross, we’ll discount the theory and move on.

Other anthropologists believe that early humanoids used kissing to feel out who would make a healthy, viable partner for reproduction, which jives with corollary theories that we enjoy kissing the people we enjoy kissing because we have complimentary immunities that auger well for the improved resilience of the next generation.

This, of course, relates to kissing in general. So did the French invent kissing with tongue?

There are anthropologists who have written that, in certain parts of Asia, humans didn’t kiss until Europeans came over and taught them how it was done—probably marking the last time Europeans introduced Asians to what would’ve amounted at the time to a kink. French colonialism, then: might it have been less about subjugating cultures and appropriating resources and more about spreading the joy of kissing to the four corners of the world?

As with everything slightly wrong with the world—including referring to fries discovered in Belgium as “French”—the English are most likely to blame here. Anglo-Saxons, perhaps as a cultural response to being conquered by the Normans, have no shortage of terms relating to the French. And they all have to do with either food or sex. These are people who were, in a citation from 1856, referring to condoms as “French letters,” which the Online Etymological Dictionary suggests may come from the similarity between sheepskin and parchment. We at French Morning choose to believe that a condom is a French letter, necessarily, because it encloses the mail. Get it? The male. The theory is born out by the matching term the English used for a woman’s birth canal, which was called a “French slot.”

According to etymological dictionaries, “French” could mean something as general as “foreign” or something as specific as “perform oral sex on,” which must have made clearing customs in the UK a truly confusing experience. Overall, the “French kiss” owes its nomenclature to the English predisposition to view France and its Gallic traditions as intensely and perhaps inherently sexual, leading to phrases like “French novel” for erotic fiction and “took her in the French way” for, well, it’s not our place to tell you. Even mild infractions of the social code could be attributed to the French, like disappearing from a gathering without a word, known as “taking French leave.” The French are not alone in being judged in such a way, as we also consider an unheralded exit an “Irish goodbye.”

It’s worth mentioning that the French are not blameless in this, either. What the English call “French leave,” the French call “English leave.” And syphilis, which many called the “French disease,” the French turned right around and called the “Italian disease.” What we English-speakers call a “French marigold,” the French called an “Indian carnation,” and the Indians would rather we called the whole thing off.