In France, the once popular Halloween has experienced a decline over recent years. The presence of decorations in restaurants and cafés has been decreasing, hardly any adults dress up, and trick-or-treaters are few and far between. It just doesn’t seem to work for the French, unlike in the United States where its popularity continues to grow. Why don’t they like it?

The dislike of Halloween hasn’t always been the case in France, according to Adrien Lherm, a PhD of contemporary history at the Sorbonne. “In France, Halloween was popular in the late 1990s before it went out of favor in the early 2000s. 1997 is a pivotal date,” he explains. “The country was emerging from several years of economic crisis. Growth resumes and purchasing power is stronger.”

Riding the 1990s economic boom, department stores, bakeries, and major chains capitalized on Halloween by offering themed goods to boost their October sales. France Telecom even launched a line of orange cellphones called “Olaween.” “There was a kind of craze,” adds Lherm. “Halloween was considered to be a trendy holiday for young people.”

Simultaneously, some groups, including French Catholic communities, denounced Halloween as being “a superficial, morbid, and commercial celebration” imported from the United States. The criticism only intensified in 2001 with a renewed economic crisis and Franco-American tensions over the Iraq War, according to Lherm. For Halloween’s critics, the United States has “perverted” the Irish holiday and it has become a symbol of “American imperialism.” (Don’t you just love the French?)

Halloween’s origins in the United States can hardly be considered perverted or caused by American imperialism. First introduced to the United States by Irish immigrants at the end of the 19th century, “the Halloween at the time mainly consisted of processions of [ costumed] adults, and it really didn’t appeal to the Americans, who saw the processions are susceptible to heckling,” explains Lherm. “Newspaper publishers sought to reinvent the holiday. Between 1870 and 1880, there was a Halloween craze in the media, newspapers, and women’s magazines.”

The adult processions were soon replaced by small groups of children (“more controlled”), and the countryside setting gave way to an urban backdrop. And so began the “mischief nights:” children, instead of eating candy, would throw eggs at houses or put buckets of water on door jambs. It was this trickery that gave way to the famous “trick or treat” saying.

“The French complain that Halloween is too normalized,” said Lherm. “In reality, even though Halloween is said to be a traditional celebration, the practices around it constantly change.”

Too commercialized, too foolish, too American (an ironic sentiment considering the celebration of Halloween began in Europe). Though maybe it was never meant to be. Because let’s face it,  a holiday that starts with an “h” spoken in a country with a language that doesn’t have that hard-H sounds can only result in a lackluster alloween. 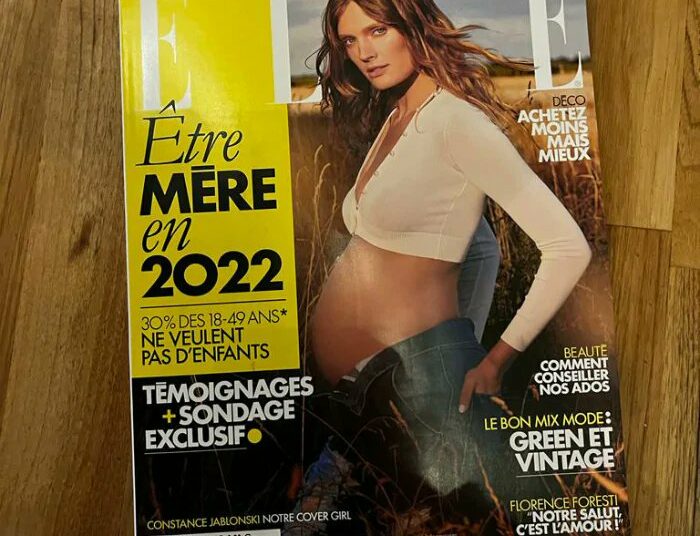