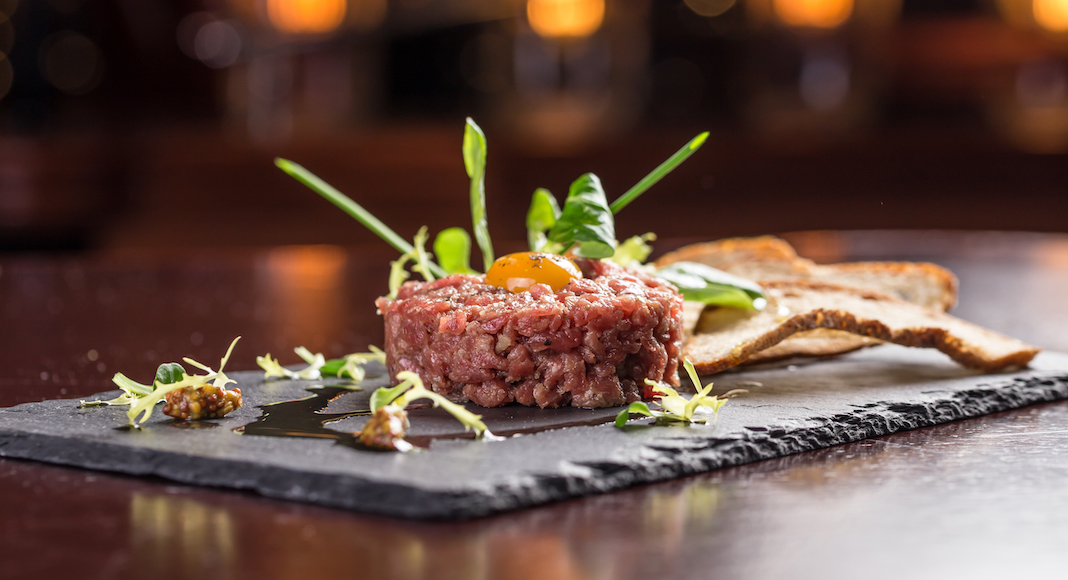 At a certain point in the summer, even the most ambitious of home cooks feels like running and hiding at the mention of the word “Preheat.” For fans of French food, this can be a particularly exhausting enterprise: the slow-cooking, the broiling, the hours of standing over a hot stove required to make the perfect French feast… or are they? Here are some tips for turning up the heat on your next family dinner, without having to actually turn up the heat.

For a flavorful appetizer, you can skip the stove and whip out the food processor for a satisfying snack sure to whet your appetite. Two popular Provençal dips are Aioli, the garlicky mayo having its own culinary moment, and Anchoïade, an anchovy-based spread that takes only a few quick pulses before it’s ready for plating. Chop up a selection of veggies for the crudité staple known as Le Grand Aioli… and save a few for the anchoïade. Looking for something a little cheesier? Take whatever cheese ends you have lying around and throw them in the food processor with a little white wine to make Fromage Fort. Serve with baguette.

What could taste more like a cool summer on the Riviera than a Salade Niçoise? Its highly-contested ingredient list means that you can pick and choose whichever version you prefer. Hint hint: if you leave out the potatoes and green beans, you won’t even need to put a pot on to boil. Prefer Lyon to Nice? Top a bed of frisée with some bacon bits and a poached egg, and you’ve got yourself a Salade Lyonnaise.

If you’re able to get your hands on some really good quality fish (or beef), opt for a tartare. Salmon tartare with avocado is one option, as is the traditional Steak Tartare. You can even try this vegetarian version made with red bell peppers and cherry tomatoes.

Summer is the time to celebrate fresh and readily-available seafood. But the other great thing about fish? It cooks much faster than red meat and poultry, and requires less time on the stove. Moules marinières is a great one-pot dish that basically only needs mussels, white wine, garlic, and parsley, though some recipes call for heavy cream and other aromatics. Swap the pot for a single pan and you can make Trout Amandine, lightly breaded fish topped with a brown butter almond sauce, which takes about ten minutes to cook in total. Serve on a bed of lightly-sautéed asparagus or green beans.

For those who prefer to cook outside, it’s worth taking a look at the North African-inspired side of French cuisine. Some grilled merguez, a spicy lamb sausage, can be served alongside couscous or served on a sandwich. Brochettes, or kebabs, are another solid grill item, typically made with chicken or lamb.

Cœur à la Crème is like a French version of a no-bake cheesecake, made with cream cheese, crème fraîche or sour cream, and sugar, and topped with fresh strawberries. Make ahead of time, because it will need about four hours to refrigerate. Pots de Crème are another low-energy dessert, with the chocolate/milk/sugar/egg mixture spending only about five minutes on the stovetop before going into ramekins in the fridge for two hours to cool. Top with lightly sweetened homemade or store bought whipped cream.